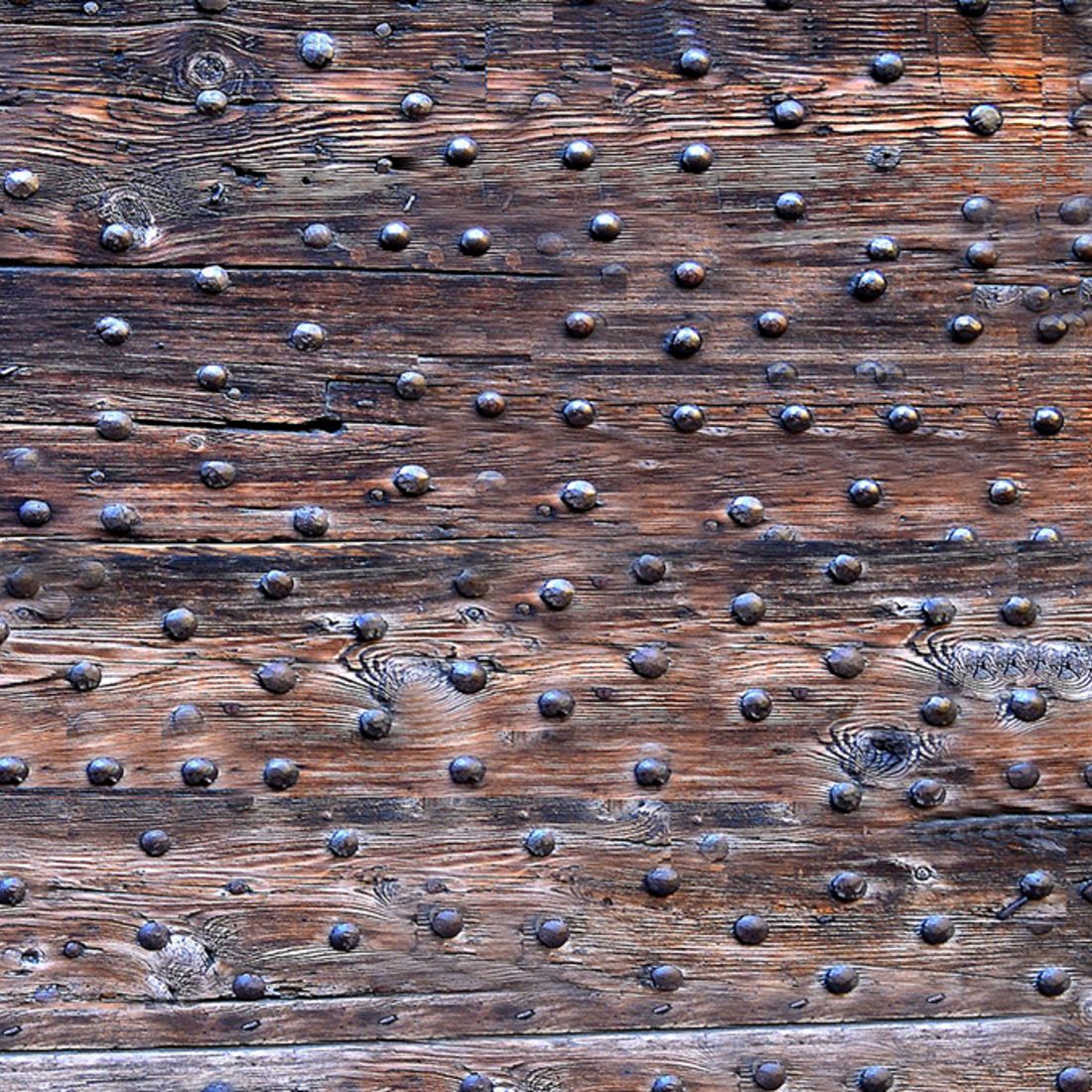 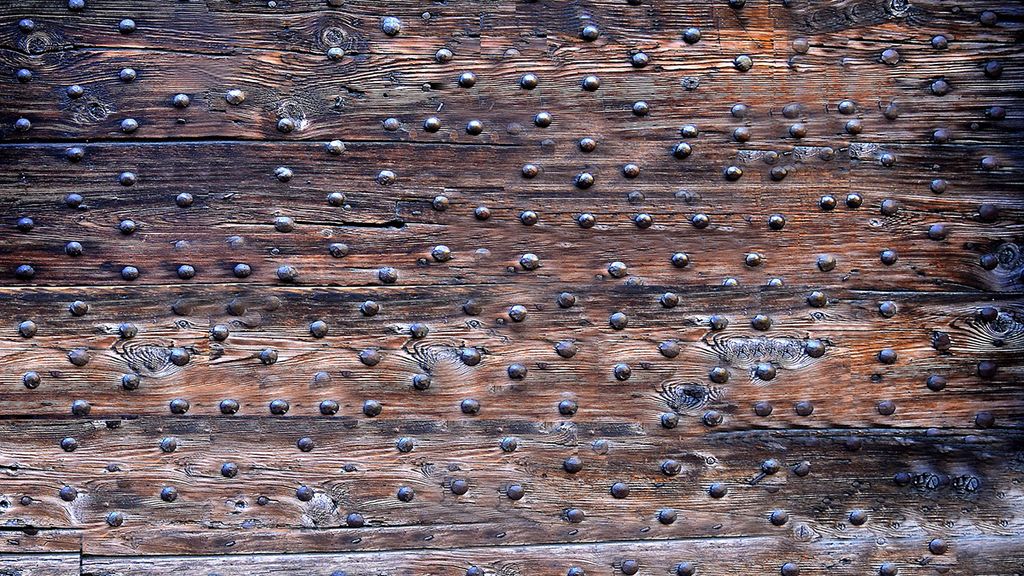 A two-day online-workshop 21.-22.1.2021 aims at bringing together multiple perspectives on the history of the naval shipworm Teredo navalis from various disciplines. Organized by Mareike Vennen and Ruth Schilling, the workshop emerged from the collaboration between the research project “Animals as Objects: Zoological Gardens and the Natural History Museum Berlin, 1810 to 2020”, funded by the Federal Ministry of Education and Research, and the research areas “Environmental History” and “History of Science” at the German Maritime Museum/ Leibniz-Institute for Maritime History.

Faint scratching noises can betray the presence of Teredinae, boring through wooden structures in coastal buildings, harbors, ship hulls, or even sunken wreks on the sea floor, instilling fear in seafarers, harbor administrators, and marine archaeologists alike. When we heard the ‘song’ of the Teredinae at the international and interdisciplinary meeting of aficionados of shipworms in January 2021, though, the sound did not herald fear nor destruction, but the scientific potential of bioacoustics, signaling the complex historical and ecological role of this invertebrate, presented by Jennifer Guarini-Coston and François Charles, two historical ecologists from the Entangled Bank Laboratory, in Banyuls-sur-Mer, France. The recording illustrates well the transdisciplinary scope of the two-day workshop, which brought together multiple perspectives on the history of the naval shipworm – from environmental and cultural history, to ecological sciences, and history of science.

The history of shipworms like Teredo navalis bores across various geographical regions, time periods, material cultures, and industrial and disciplinary concerns. While little is known about its original range, the naval shipworm has been a reoccurring protagonist in reports since ships first sailed the seas. The eight-inch long animal became so prominent not because of its appeal, but because of the damage and destruction it caused to wooden ships and port infrastructure: boring through the wood, it sinks wooden vessels; tunneling into underwater piers and pilings, it collapses ports, harbors, and dikes. The wood on which it feeds serves both as habitat and as means of transportation – since T. navalis has spread around the whole world stowing away on debris and the hulls of sailing vessels. The diversity of the case studies discussed in the workshop demonstrated the potential of examining the history of maritime logistics, of colonialism and imperial trade, but also of knowledge transfer across disciplines, through the lens of the shipworm, while simultaneously broadening the discussion across historical and contemporary concerns.

The implications of this interdisciplinarity became clearer in the presentation by Derek Lee Nelson, an expert on the environmental history of shipworms from the University of New Hampshire, USA. He raised the question of the 2 relationship between the natural sciences and the humanities when it comes to shipworms, focusing on the potentials of cooperation but also its pitfalls. The centrality of this question was already clear when considering the different naming practices and terms used to refer to this organism – since the use of “teredo” as a synonym for various ship borers, and the classification of the “shipworm” as a clam are both historically situated moments. In this sense, the discussion pointed not only to the need of a critical approach to historical sources, but also of an analysis of the moral economies and normative evaluations of the sciences informing the naming of organisms, and their labeling as “pests” or “invasive species”.

Despite these issues, though, the effort of attuning ecological modelling of marine interactions with historical evidence remains crucial in tracing Teredo’s biogeography and history, particularly in a long-term perspective, as was pointed out by Jennifer Coston-Guarini. Knowing the Teredinae and their adaptabilities and geographical distributions throughout history is relevant for estimating their role in biodiversity change as well as their significance for causing damage to port and wooden vessels still today.

Daniel Margocsy (Cambridge University, UK) examined the role worms played in the discourses of medicine and shipbuilding in the 18th century by unearthing the similarities between intestinal worms and shipworms. Drawing on examples from the Netherlands and England, Margocsy traced how both types of worms were considered a risk: intestinal worms attacked the insides of those traveling to distant lands, while shipworms attacked the hulls of the ships on which they travelled. This talk gave insights into how maritime concerns found a reflection in works of natural history of the period. Worms can thus be seen as a boundary object connecting natural history, medicine and ship building.

Adam Sundberg (Creighton University, USA), a specialist of the 18th century shipworm crisis in the Netherlands, traced the processes of ‘envirotechnical adaptation’, and the transfer of technical knowledge associated with them. Simultaneously, he examined the conceptual framework of the shipworm crisis, critically revising the narrative of modernization and novelty in the technical handling of those circumstances. His insights provided an interesting element of comparison with Michael-W. Serruy’s (Université de Bretagne occidentale, Brest, France) case study of the 18th century shipworm crisis in the Flanders. In this context, as Serruy showed, the crisis stimulated transformations in the history of water management systems, which he connected to his current fieldwork dealing with the impact of copper sheathing (used as a preventive measure against shipworms) on the speed of ships in historical times. Delving deep into the material culture of Teredinae as catalyst of technological innovation, both inputs were able to show how closely water management was embedded in social, economic and political contexts. In this way, the workshop brought to light specific Teredinae-shaped techno-environments, connecting these to the broader history of interaction and interference between animals and hybrid environments. Teredo wood samples at the Museum für Naturkunde.3

In addition to the focus on the early modern period, the contributions by Janne Jensen (Arbeitskreis Hafen, Bremen, Germany) and Mareike Vennen (Humboldt University of Berlin) dealt with the time of German Imperialism. Jensen focused on a test station set up by the Prussian colonial government in Qingdao, China, to investigate shipworms’ effects. Tracing how engineers in the German colony experimented with shipworms in water basins in order to develop undamageable harbor constructions, Jensen drew attention to the knowledge transfer between different disciplines and fields in testing different materials, as well as how to narrate the history of colonial science through animals.

Mareike Vennen’s presentation asked how 'pests' became scientific objects, and weaved this question with the history of practices and politics of care in museum collections. This entangled history of science, economy and politics materialized in a cabinet located in the malacological collection of the Natural History Museum in Berlin. Filled with wood samples infested by Teredinae that had been sent to the museum from harbors and ships all over the world, the cabinet – still waiting to be opened, following the right safety protocols – offers a material archive of the entanglements of natural history, maritime history, and the environmental history of collections.

Through all these presentations, the workshop featured an organism that has for a long time remained unacknowledged. Maritime history often concentrates on big charismatic animals like whales, or commercially marketable species like codfish, and in the history of shipbuilding and marine engineering, shipworms (and animals more broadly) went mostly unnoticed for a long time, while the field of environmental history, especially in the German-speaking world, remained largely landlocked until recently. The workshop thus functioned as a kick-off for future discussions and explorations to be pursued further. The participants, for instance, are interested in exploring how shipworms are connected to the history of collecting and collections; or to investigate the global circulation of knowledges about shipworms, and its close connections to the material history of collections. This means tracing the transfer of practices, while also taking into account non-European actors, practices and knowledge. The dialogue between ecologists and the perspectives of historians also proved fruitful, leading us to envision further interdisciplinary collaborations. As the workshop made clear, then, following the shipworm burrows new avenues for truly global and interdisciplinary perspectives and paths.