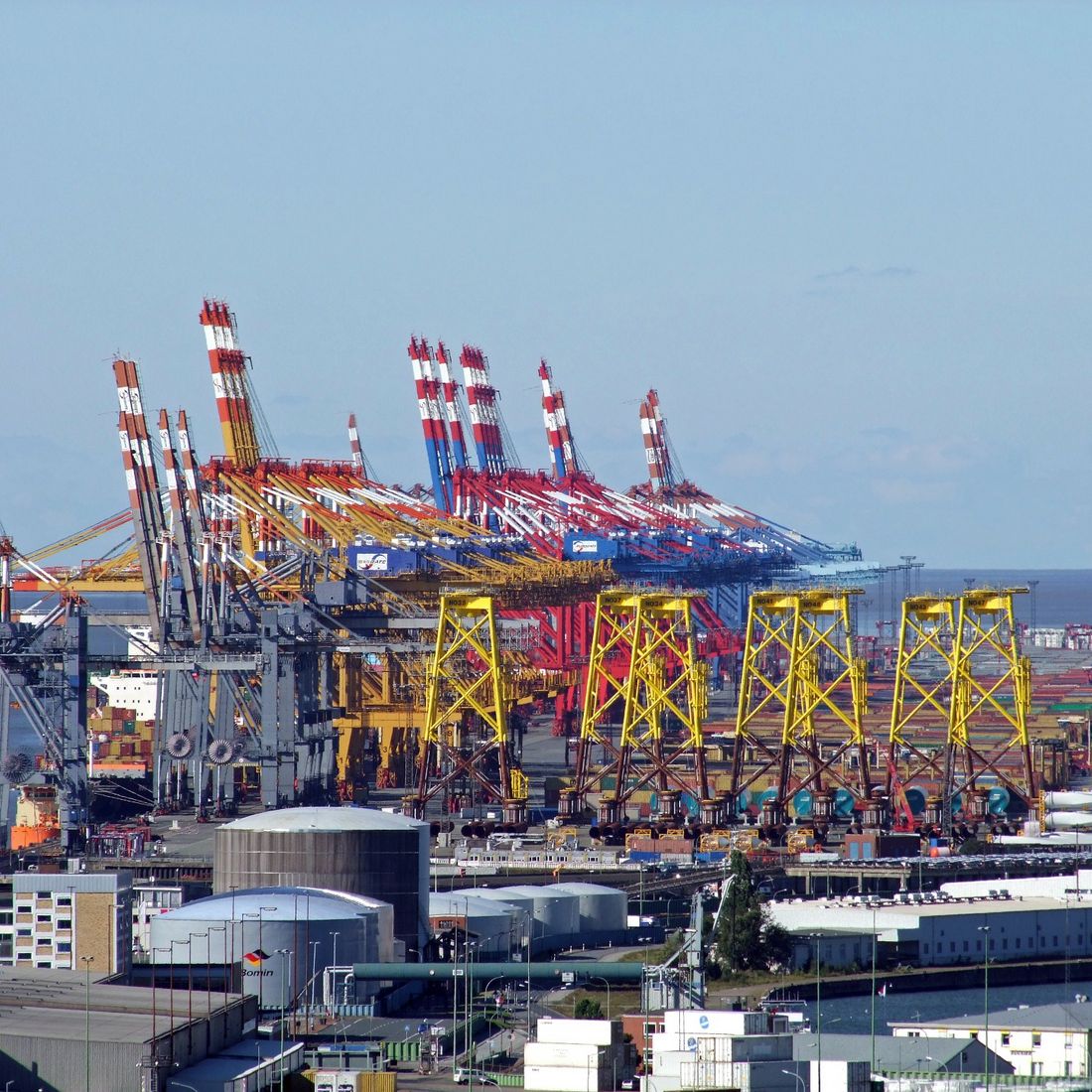 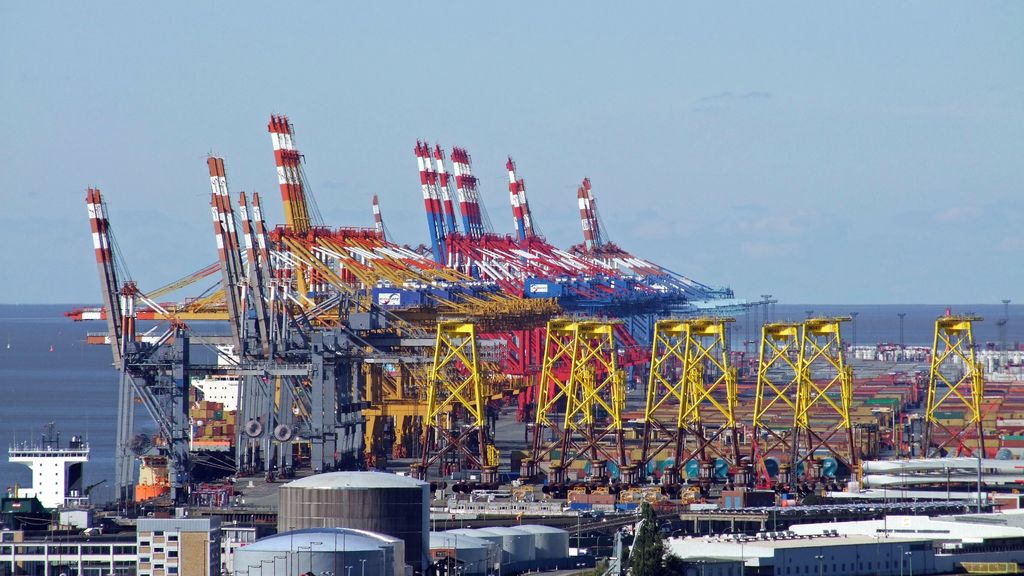 From Ship to Coast: Blue Economy and Sustainable Livelihood

From Ship to Coast: Blue Economy and Sustainable Livelihood

"The German Centre for Research and Innovation (DWIH) New Delhi, and the German Maritime Museum, Leibniz-Institute for Maritime History (DSM), co-organized the Online-Workshop “From Ship to Coast: Blue Economy and Sustainable Livelihoods” on 1 October 2020. The purpose of the workshop was to incubate an interdisciplinary discussion to identify contemporary and critical research fields for the fast-evolving blue economy. The program brought together 24 doctoral, postdoctoral, and senior scholars and experts from prominent research institutions such as the National Centre for Biological Sciences (NCBS), the Indian Institutes of Technology (IIT), the Observer Research Foundation (ORF), the National Institute of Oceanography (CSIR), the Energy and Resources Institute (TERI), the Jawaharlal Nehru University (JNU) in India; as well as the Alfred-Wegener-Institute (AWI),  the “Gesellschaft für International Zusammenarbeit” (GIZ) and the Leibniz Center for Tropical Marine Research (ZMT) in Germany.

The event was hosted by Aadishree Jamkhedkar, Programme Manager of DWIH New Delhi. The DWIH is a network of 18 German research organisations, universities, funding bodies, and research - based companies. It is part of a global network of five Centres which is overseen by the German Academic Exchange Service (DAAD) and funded by the Federal Foreign Office of Germany. It promotes the German research landscape in India and facilitates the access to the Indian research and innovation ecosystem including funding and cooperation opportunities. It provides a platform for enhancing exchange cooperation and networking among Indian and German academic communities and stakeholders in research and innovation.

Dr. Vikrom Mathur, Senior Fellow at the Observer Research Foundation, one of India’s most prominent think tanks, and the founder of Tandem, a research think tank based in Goa, chaired the event. In his welcome remarks, Dr. Mathur encouraged the participants to rethink current concepts on the blue economy that prioritize state-led geopolitical dynamics as well as large-scale corporate economic interests with the objective of locating local coastal communities and sustainable livelihoods at the heart of the current conversation on this vital domain.

Prof. Dr. Sunhild Kleingärtner, Managing Director of the German Maritime Museum, welcomed the participants and thanked the DWIH New Delhi for co-organizing the workshop. In her remarks, she referred to the recent announcement of the Indo Pacific policy guidelines by the German Government which recognize the importance of this region in combatting climate change and marine pollution and the need for Indo-German partnerships to work together on strengthening the rule of law and human rights, and to foster exchanges in the cultural, educational and scientific spheres. Prof. Kleingärtner stressed that the outcomes of the workshop will contribute to the larger debates that will shape the future of the Indo-Pacific and guide the role of partner countries such as Germany. The German Maritime Museum has a faculty of over a 100 and is spread across 8000 square meters of covered exhibition space - the largest maritime museum in Europe. It places ocean-related research and cooperation in the maritime realm at the core of its work. Prof. Kleingärtner concluded by emphasizing on the aim to establish a vibrant international network of maritime scholars working on oceans and sustainability.

Prof. Dr. Michael Flitner, Chair of the artec Sustainability Research Center at the University of Bremen in Germany, delivered the keynote address on “The Role of Research in Fostering Sustainability in the Blue Economy”. He reflected on the current “blue economy moment” which is shaped by debates around the reconfiguration of the United Nations Convention of the Law and the Sea (UNCLOS). He observed that the present version of the UNCLOS (revised in 1973, 1982 & 1994) contains two major contradictions. First, in the last decades tensions between enclosures and privatization regimes have emerged in industries such as fisheries, oil extraction and deep-sea mining. On the other hand, the freedom of movement and freedom of navigation across the oceans is at stake and needs to be guaranteed. Second, as new global players claim control over the ocean and its resources, geopolitical divides have developed that go beyond the constitutive tension between the global north and the global south. Prof. Flitner identified major scientific challenges and some key research fields to study sustainability in the blue economy. First, research projects should address tensions between new enclosures and common heritage, i.e. like in the case of the use of marine genetic resources in areas beyond national jurisdictions. Second, considering current crisis like the Covid-19 pandemic, the dynamics, and interrelations of different UN sustainable development goals (SDGs) need to be re-examined. Academic endeavors have mainly focused on SDG 14, the sustainable use of the oceans and marine resources. To move towards a more inclusive social and political agenda, it has to be connected to goals such as the improvement of decent work (SDG 8), gender equality (SDG 5), poverty reduction (SDG 1) and sustainable consumption (SDG 12). Here, research projects should also consider newly emerging restrictions and potentially negative correlations, i.e. environmentally protected areas and development of tourism projects. Third, Prof. Flitner points out that we need to develop sustainability from the “bottom-up” in order to focus on affected coastal communities and sustainable livelihoods from an actor-centered perspective. The Sustainable Livelihood Approach (SLA) brings different forms of financial, social, and human capital of marginalized actors to the fore and takes poverty and vulnerability as the point of departure. This approach can give some guidance in how to empower coastal communities with an integrated view on SDGs. Maritime scholars can, fourthly, engage in blue “degrowth” and “post-growth” paradigms and explore concepts of quality of life such as “buen vivir” and “ecological swaraj”. Prof. Flitner concluded by stressing the need for epistemic shifts and new modes of transdisciplinary knowledge production that cuts across the natural and social sciences and goes beyond classical environmental policy approaches. More investments in an interdisciplinary ocean science are required which inform international negotiations, design ocean policy, shape blue economy initiatives, and monitor social and environmental impacts and outcomes.

The workshop program continued with three interactive break-out sessions on social inclusion in the maritime economy, climate change and its impact on coastal communities, as well as gender dimensions within the blue economy. After the discussion the participants presented the key outcomes of each session in a plenary session. The keynotes were moderated by Dr. Vikrom Mathur, Dr. Sven Bergmann, Cultural Anthropologist and Lecturer at the German Maritime Museum, and Dr. Katharina Bothe, Research Fellow at the German Maritime Museum.

The key outcomes of the break-out sessions are captured below.

First, the traditional knowledge schemes associated to coastal communities need to be strengthened through investment. Research should focus on how indigenous experience of stakeholders on the coastline (i.e. in the context of disaster management) has historically been sustainable. In this context, there is a need to understand cultural peculiarities and preferences. It is important to trace traditional livelihoods and incorporate traditional practices of communities that in the past have led to relatively higher social and gender equality. Democratization of processes is vital by bringing in perspectives and traditional knowledge from the communities under consideration. As many subsidies do not reach the communities they are actually targeted at, they need to be categorized before being implemented.  Finally, international regulations must percolate to the ground level. The communities must have an understanding of regulatory regimes in order to establish sustainable practices.

Second, the use of new technology, especially digital communication (mobile connectivity, satellite synopsis for fisherman security etc.) can strengthen sustainable coastal practices. This has to be supported by financial inclusion as part of the whole sustainable livelihood process where for example bank loans should be considered for coastal entrepreneurs. Even as these financial tools are designed, technology and innovation should be made accessible to all community members, especially in times of the Covid pandemic where they could play a vital role.

Third, the research field on the blue economy is mainly dominated by national sciences or ocean sciences. Different marine systems and industries, such as seabed mining should be included in research programmes going beyond studies on fisheries. Future research endeavors in this regard also need to focus on marginalized groups and the intersection of social categories such as gender, cast and ethnicity. Finally, the research should address the gap between government policies and local practices: The realms of policies and practices needs to be bridged and studies and knowledge production on the marine sector should be intensified and incorporated in public forums.

Debates on the impact of climate change on coastal communities tend to focus on technical fixes and deterministic policies. While looking at large regions, like the wider Indian Ocean, research is required on local governance processes including, regulatory shifts and local community governance. Furthermore, research in the global south requires a reorientation that allows actors from the ‘south’ to lead research on the global south. While adopting a transdisciplinary approach, the focus should be on engagement of local organizations embedded in the region and not entirely and always relying on larger regional and international NGOs and government research institutions. The nature of the research networks and partnerships has to be reconfigured for the above.

Finally, although narratives around new developments in the blue economy are positively connotated, the real changes and positive impacts are yet to be examined and chronicled in detail. Research questions should investigate how new, high-tech infrastructures, both financial and digital actually blend in narratives around sustainability. Do these facilitate more ocean exploitation and extractive industries? Many disciplines across social sciences should engage in studies of the complex field on the blue economy and sustainability and should analyze the role of the state, agency of local communities, use of traditional and heritage knowledge, and impact of technology solutions.

3.) Gender and the Blue Economy

The blue industries are typically male dominated, and the relative share of women participation is low in the Indian Ocean region. Women are excluded from decision-making processes. There is need to develop agency of women and for institutions to train and empower women in this industry. First, there is a need for work structures that allow flexibility to the woman in responding to family responsibilities and to their jobs, careers, and businesses. Second, there should be financial infrastructures, incentives, and frameworks for woman entrepreneurs to start their own businesses. Third, there is a need for training and skilling women entrepreneurs to start their own business, especially with regard to ocean-related technologies in industries such as fisheries. We need more women in leading positions. Fourth, this capacity-building needs to be accompanied by policies and finances that generate greater access to the marketplace for woman. Fifth, equal opportunities need to be offered to women researchers through workshops targeted at women and national and international fellowship programs that include woman researchers from local communities.

These three sessions generated very important ideas and perspectives and helped in creating an evolving and future looking research agenda on the blue economy.

The workshop successfully harnessed the unique experiences of the diverse participants. It was agreed to develop an interdisciplinary online publication based on the contributions of the participants in line with the commonly developed research agenda.