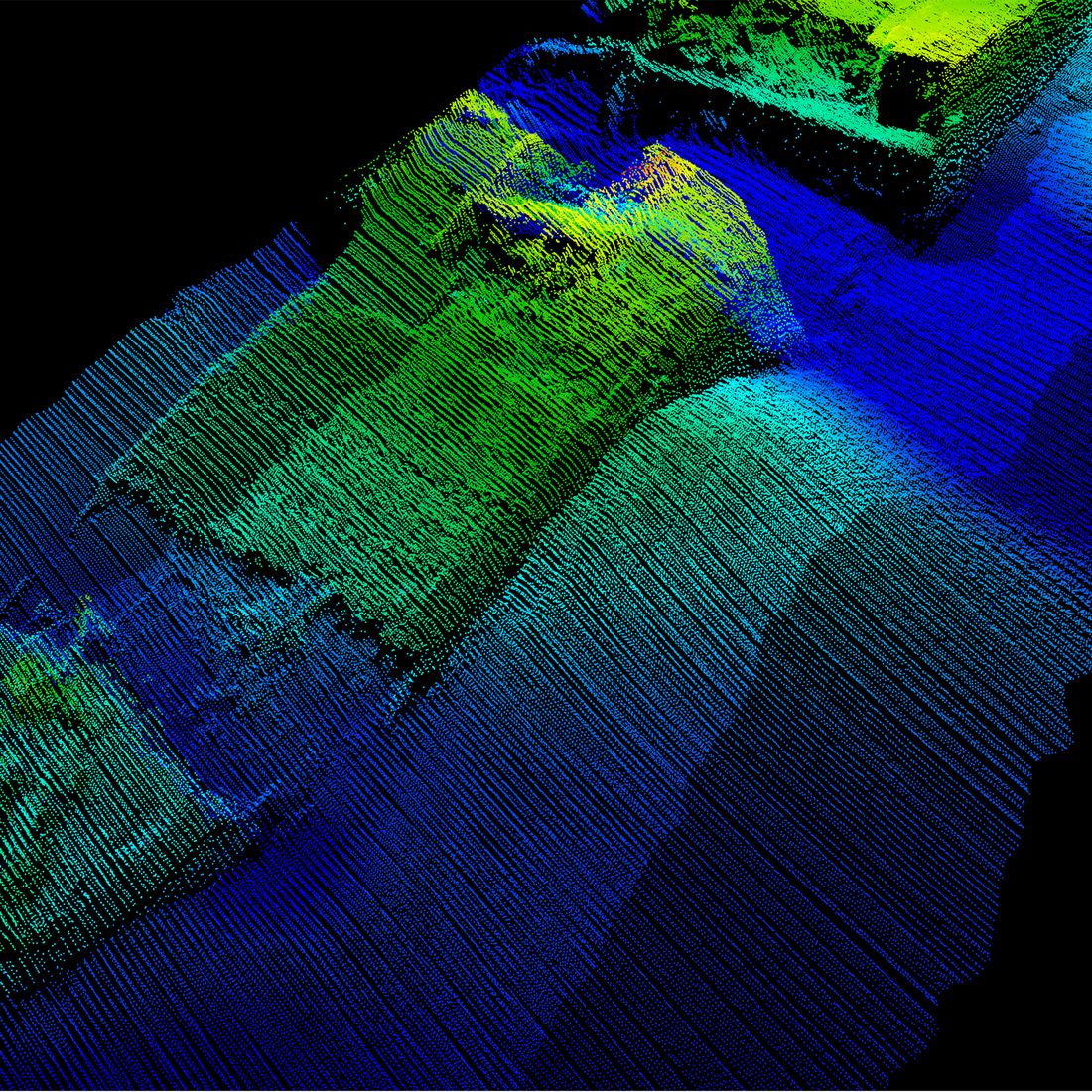 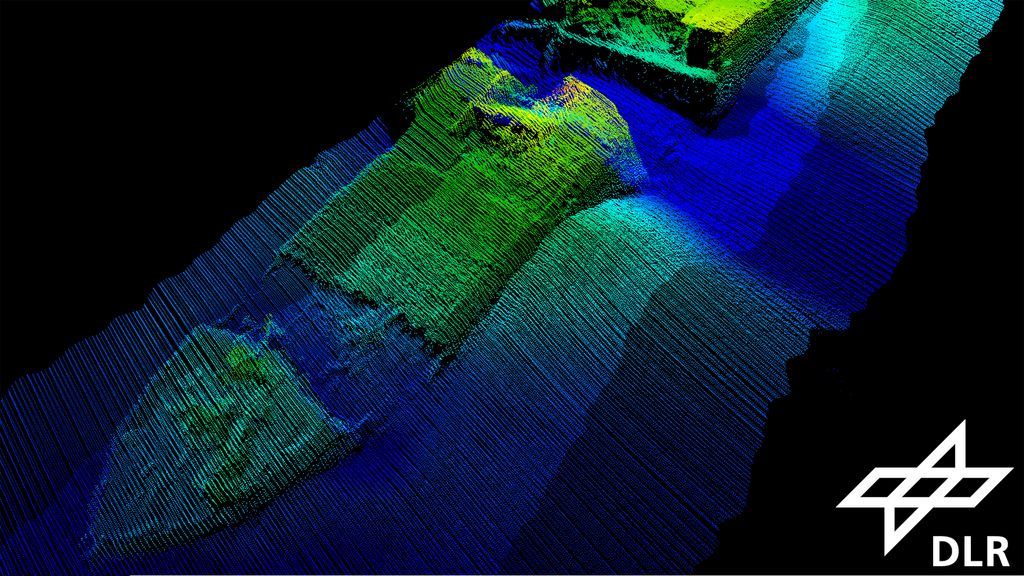 The "North Sea Wrecks" team was on another research trip in the North Sea. Thanks to technical support from the German Aerospace Center (DLR), detailed images of four wrecks were obtained.

They were at sea again: the researchers from the North Sea Wrecks (NSW) project, who are investigating the dangers posed by old World War II munitions at the bottom of the North Sea and the extent to which the escaping substances may affect humans and animals. From September 17 to 22, 2021, the research vessel of the Alfred Wegener Institute, Helmholtz Centre for Polar and Marine Research (AWI) - the FS HEINCKE - headed for a sea area around Helgoland and took samples from the World War I cruisers SMS MAINZ, SMS ARIADNE and SMS HELA, as well as from the World War II barrier breaker FRIESLAND. Additional samples were taken from an uncontaminated area off Borkum.

Unlike the first cruise in April 2021, this time there was no diving team on board. Support came from a new partner, DLR. The DLR Institute for the Protection of Maritime Infrastructures, based in the fishing port in Bremerhaven, sent Dr. David Heuskin and his team on board with two diving robots. As autonomous underwater vehicles, the "sea cat" (AUV) and the video robot (ROV) were unerringly on the seafloor even in the poor visibility conditions of the North Sea, generating accurate images, scans and videos. "By deploying them on the high seas, we were able to gain detailed operational experience of our measurement vehicles. Thus, we plan to further develop the sensors of our submersible robots to obtain even better high-resolution image data about objects underwater," says Heuskin. From these, new insights into the condition of the wrecks can be derived in a way that was not possible before.

"This time, a new cooperation partner, the DLR Institute for the Protection of Maritime Infrastructures in Bremerhaven, was on board to support the research work of the NSW project with an AUV and an ROV. With the diving robots it was possible to get very close to the wrecks, providing us with very good and new image material about the condition of the wrecks. Due to much better weather conditions than during the last cruise in April, a total of four wrecks could be approached and sampled this time," Dr. Sven Bergmann, project leader of the NSW team and cultural anthropologist at the German Maritime Museum (DSM) / Leibniz Institute of Maritime History, summarizes the work on board the HEINCKE. "We would have liked to have had this data and sample material a year and a half ago, when the first expeditions had to be cancelled due to corona. However, the results of this cruise put us in a very good position for the remaining time of the project," said scientific cruise leader and marine biologist Dr. Matthias Brenner from AWI, summing up the cruise.

Findings from the project are presented in the mobile traveling exhibition "Toxic Legacies of War: North Sea Wrecks." It will tour Germany, Denmark, the Netherlands, Norway and Belgium until September 2022. The next stop is the North Sea Interreg Conference in Bruges, Belgium, from November 23-25. Further stops are planned at events that focus on marine research and marine conservation.

About the North Sea Wrecks project

North Sea Wrecks is a European interdisciplinary project with a budget of four million euros, funded by the EU through the Interreg program. It is coordinated by the DSM and has been running since 2018 until 2023. Involved are eight project partners from five countries in addition to the DSM. The partners involved are: Alfred Wegener Institute, Helmholtz Centre for Polar and Marine Research (Germany); Vlaams Instituut voor de Zee (Belgium); Aarhus University - Department of Geoscience (Denmark); Stichting NHL Stenden Hogeschool - Maritiem Instituut Willem Barentsz (Netherlands); north. io GmbH (Germany); Periplus Consultancy BV (The Netherlands); Forsvarets Forskningsinstitutt (Norway); and Schleswig-Holstein University Hospital - Institute of Toxicology and Pharmacology for Natural Scientists (Germany).

to the overview to the Exhibition 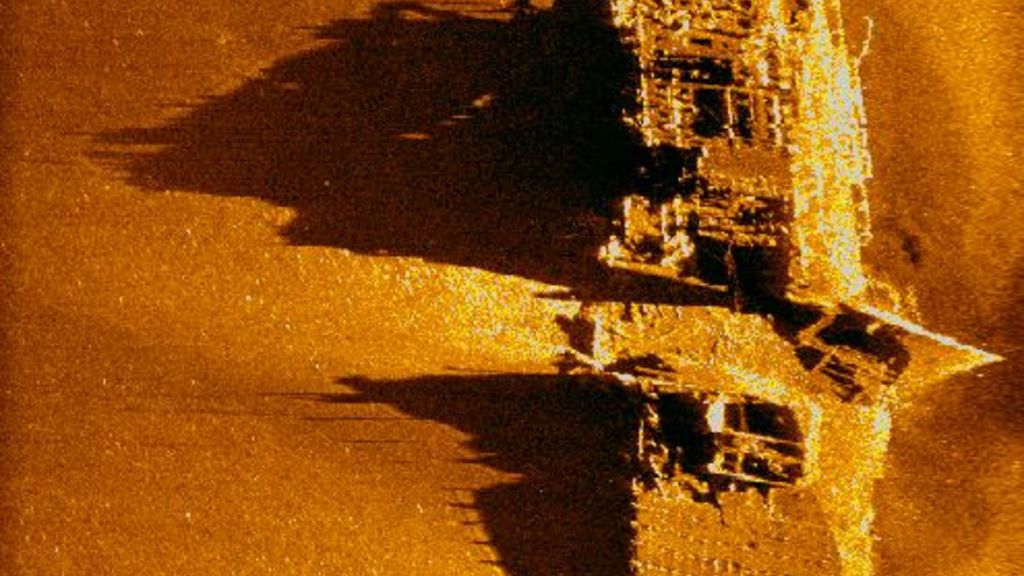