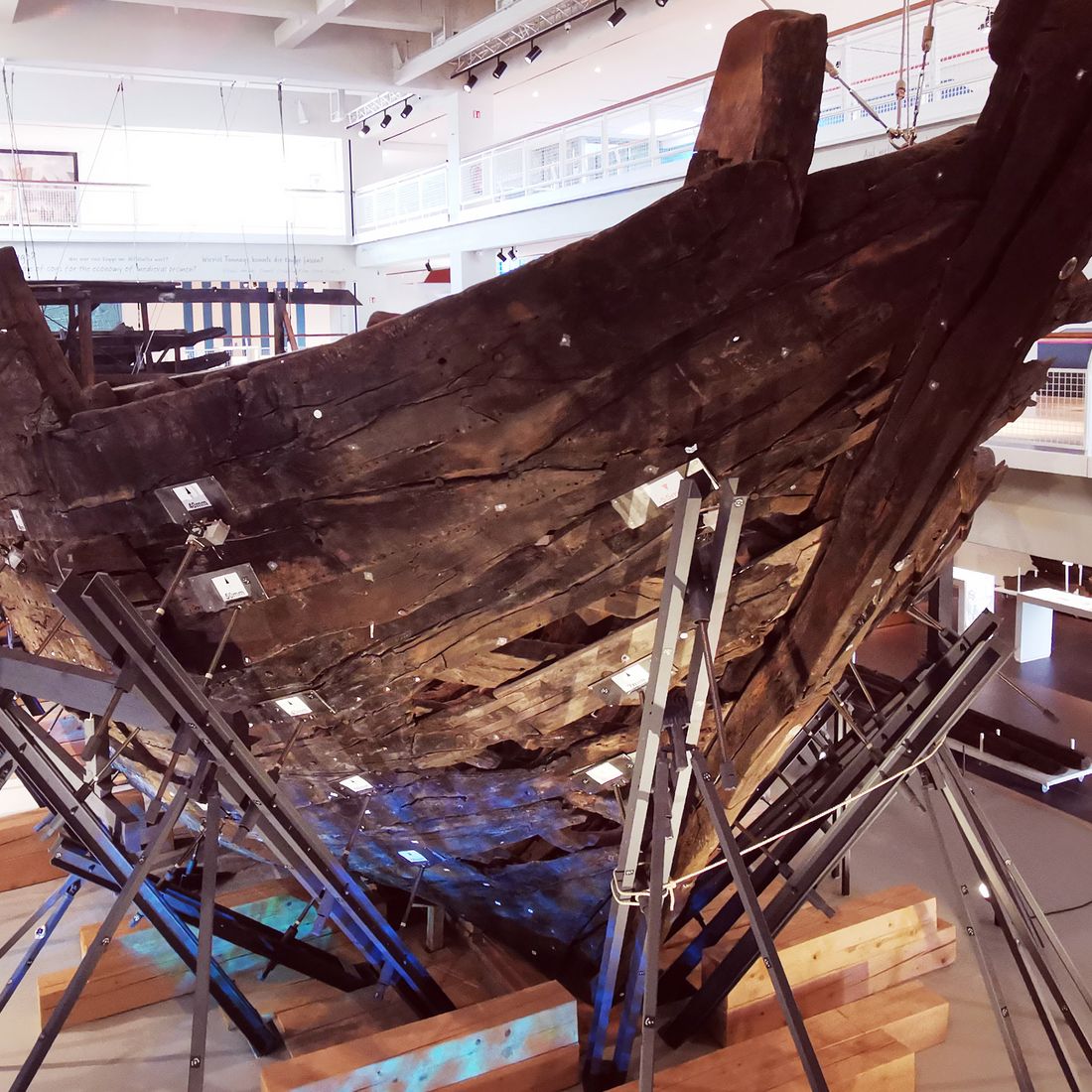 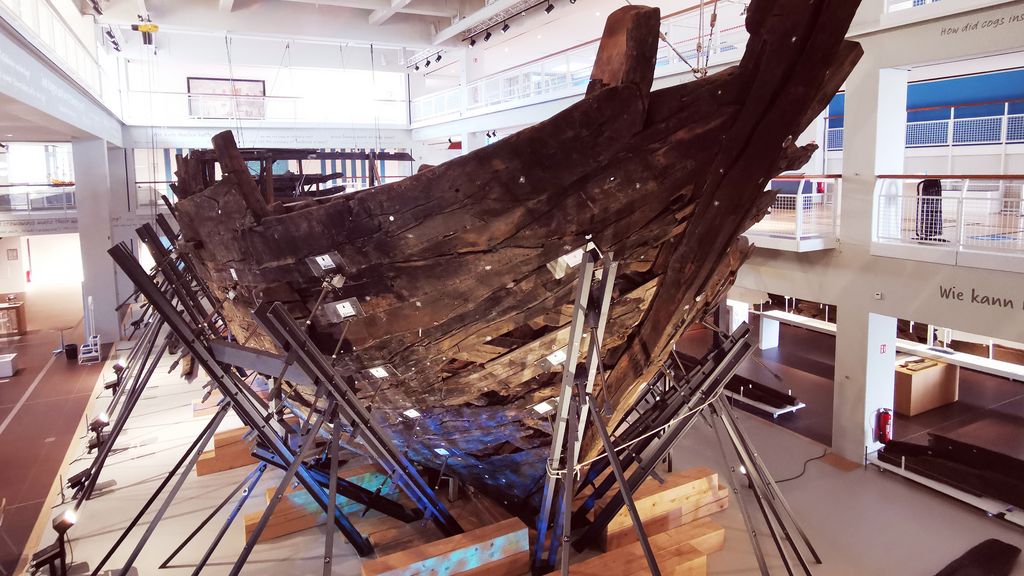 Bremen cog can be visited again

Bremen Cog can be visited again

From Friday, July 30, the Bremen Cog from 1380 can be visited again in the German Maritime Museum (DSM) / Leibniz Institute for Maritime History. The best-preserved shipwreck of the Middle Ages and the accompanying exhibition are open daily from 10 am to 6 pm. Group tours of the Cog Hall will also be offered again. During the Maritime Days from August 11 to 15, a new exhibition on munitions at the bottom of the sea and a special activity also await guests.

Interested visitors can book a time slot ticket at a desired time via the museum website www.dsm.museum or purchase their ticket directly at the museum ticket office. The tickets cost six euros, reduced from nine euros, and also entitle the holder to visit the harbor tug STIER, the deep-sea salvage tug SEEFALKE and the whaler RAU IX in the museum harbor. Free of charge, museum guests can also borrow sets for a GPS tour of the museum harbor at the ticket office in the Cog Hall.

Special exhibition "Cocoa, Coffee, Tobacco - Intoxicants in the Past".

Meanwhile, in the Cog Hall itself, museum guests can explore the exhibition "Cocoa, Coffee, Tobacco - Intoxicants in the Past" for the first time in addition to the permanent exhibition. For the EU project on the history of coffee and tobacco consumption, students from Oldenburg created a virtual map that provides information about the old trade routes of the goods, as well as a digital diary that invites visitors to travel back in time to different centuries and reveals how coffee, cocoa and the like were consumed in different eras. Both media stations are waiting to be tried out by guests.

Starting in August, the DSM's education team will again be offering 60- and 90-minute group tours on the topics of cogs, ship history and maritime idioms. Booking inquiries are accepted by the visitor service via e-mail at besucherservice@dsm.museum. Individuals can also sign up for guided tours of the museum harbor and the colonial photography exhibition "Seeing the Other" on set dates via the museum website at www.dsm.museum.

During Maritime Days, August 11-15, the DSM will also offer a special promotion: There are no set admission prices on these days. Museum guests decide for themselves how much the visit is worth to them. A special highlight is the launch of the traveling exhibition "Toxic Legacies of War - North Sea Wrecks," which presents the first results of the EU-funded North Sea Wrecks project led by the DSM. Since 2018, researchers from various countries bordering the North Sea have been investigating the dangers posed by World War II munitions at the bottom of the North Sea for the sea, animals and humans.
Before the mobile show tours in a truck through five countries in Europe, it will be in front of the DSM's extension building at Seemannsarm from 2 p.m. on Wednesday, August 11. Visitors can take on the role of divers at media stations, virtually dive to wrecks, take samples of World War II wrecks and explore the underwater world.

Corona rules in the museum building and on the ships

Hygiene rules remain in place in the Cog Hall and aboard the museum ships to ensure safe cultural enjoyment for all guests. Only a limited number of people are allowed on the ships and in the Cog Hall at any one time. Guests are asked to keep their distance and wear medical mouth and nose protection. Contact information can be left either via the Luca app or on a form at the entrance. All data will be treated confidentially and destroyed after three weeks.

The Bremen cog from 1380 can be visited again from Friday, July 30. Guided tours of the cog hall will also take place again.