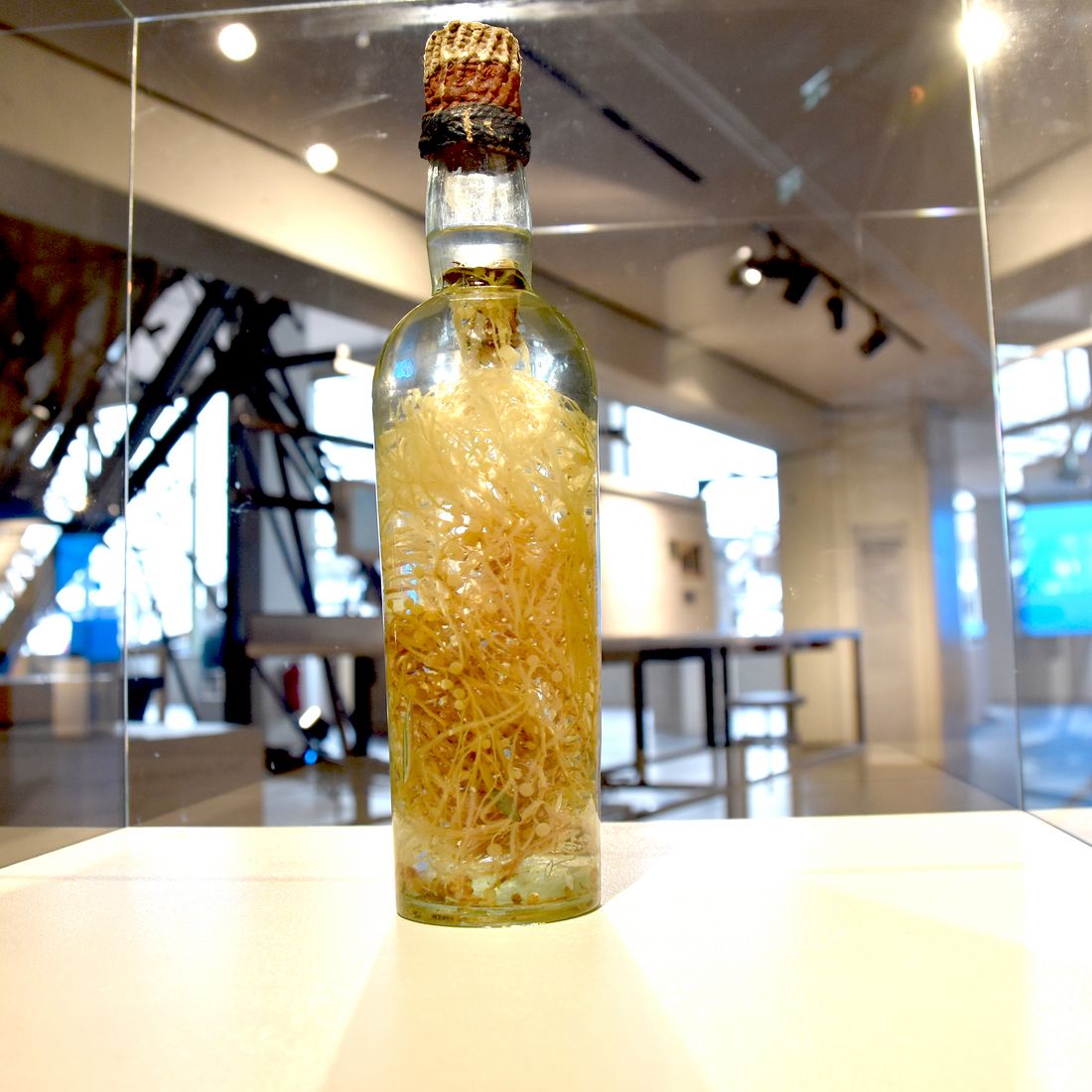 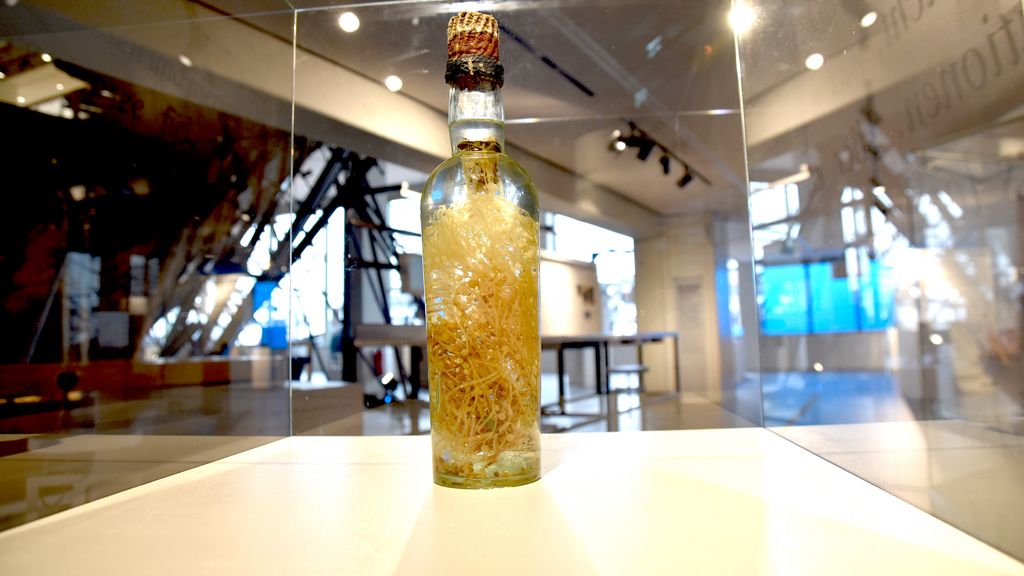 What exciting stories are behind maritime objects? The exhibition RAUM FÜR VERMUTUNGEN invites interested visitors to a change of perspective: Authors approach eleven exhibits in a literary way and give them a second identity.

From October 15 to April 17, 2022, the exhibition RAUM FÜR VERMUTUNGEN shows eleven finds in the Kogge-Halle - among them a Roman casserole, a kelp bottle and the preparation of a North Atlantic lumpfish - from the Weser region, which either have a regional historical significance or are related to shipping. The "Room for Conjecture" shows that enigmatic finds can always be explored and discovered anew. For each exhibit, authors have written texts that offer an artistic approach to the object and to the maritime history of the Weser region. The contributions come from Michael Augustin, Anke Bär, Nora Bossong, Christine Glenewinkel, Klaus Hübotter, Per Leo, Anna Lott, Gülbahar Kültür, Moritz Rinke, Reyhan Şahin aka Lady Bitch Ray and Ian Watson. A 360-degree image of the site and audio contributions from researchers complement the presentation.

After stops in Bremen and Brake, the exhibits are now on display for the first time in the immediate vicinity of the best-preserved trading ship of the Middle Ages, the Bremen Cog. "We are very pleased that the show RAUM FÜR VERMUTUNGEN can now be seen for the first time next to the historic cog dating from 1380," says Prof. Dr. Sunhild Kleingärtner, Executive Director of the DSM. "As a research museum, we show guests the view of science. With the artistic interpretation of exhibits, the new exhibition opens up a whole new approach that allows for an exciting change of perspective."

The interdisciplinary project was developed by Anne Schweisfurth from the Hafenmuseum Speicher XI in Bremen and artist Rainer Weber. "What is exciting about objects from the maritime museum archive? How is research done on these objects? What role does imagination play in this? These questions led us to the idea of asking experts in conjecture and suspense, writers, to write a free text about a found object. Unlike the usual factual descriptions of objects in the museum, these literary texts are radically subjective and fictional; they offer visitors an artistic, inspiring and exciting approach to the exhibits," says Schweisfurth. All objects come from archives of the Bremen State Archaeology, the Schiffahrtsmuseum Unterweser in Brake, the Focke Museum, the Hafenmuseum Speicher XI and, of course, from the DSM. Prof. Dr. Ruth Schilling, scientific director at the DSM and responsible for the program area Shipping and Society, says about the selection of the exhibit: "The collaboration with Ms. Schweisfurth as curator was exciting, as we looked at our collection with a completely new perspective. Through dialogue, we decided to include in the show from the DSM a historic on-board gun from a British airplane from the 1940s. It refers to an acute ecological problem and builds a bridge to our current 'North Sea Wrecks' project, which is researching the problem of 'munitions at the bottom of the North Sea'."

As part of the exhibition, the DSM is offering an accompanying program for schools in grades three to six ("On Finding and Inventing," 60 minutes, €35 plus admission) and grades seven to ten ("Incredible Find Stories," 90 minutes, €50 plus admission).

RAUM FÜR VERMUTUNGEN was created in cooperation with Knochenarbeit Bremen, the Landesarchäologie Bremen, the Friedrich-Boedeker-Kreis im Lande Bremen, the Stadtbibliothek Bremerhaven, the Bremer Literaturkontor, the Literaturhaus Bremen and the Logbuch Bremen.

A bottle with seaweed, dated after 1905, on loan from the Schiffahrtsmuseum Unterweser. 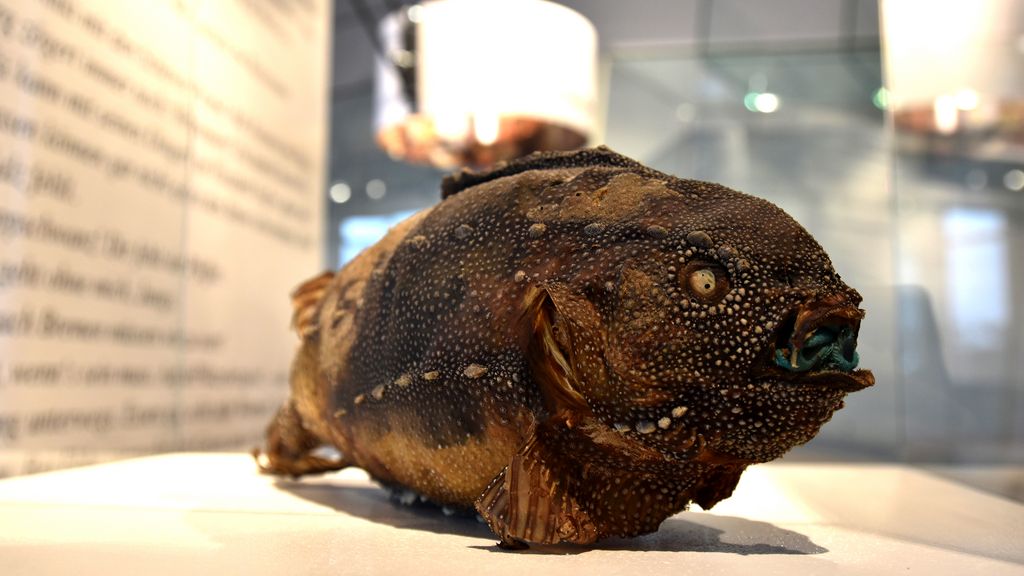 Preparation of a North Atlantic lumpfish. 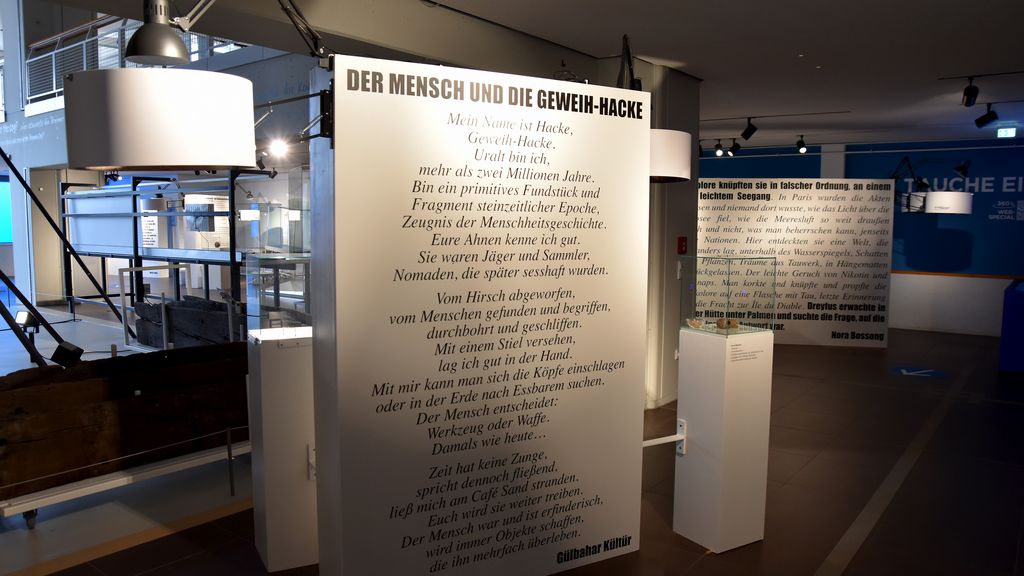 An antler hoe from the Stone Age, on loan from the Landesarchäologie Bremen. 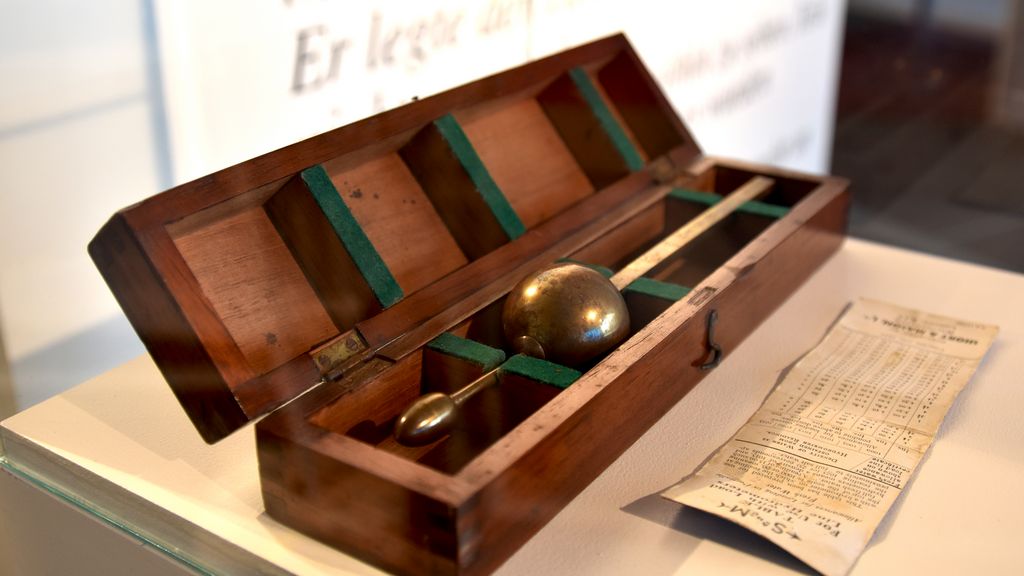