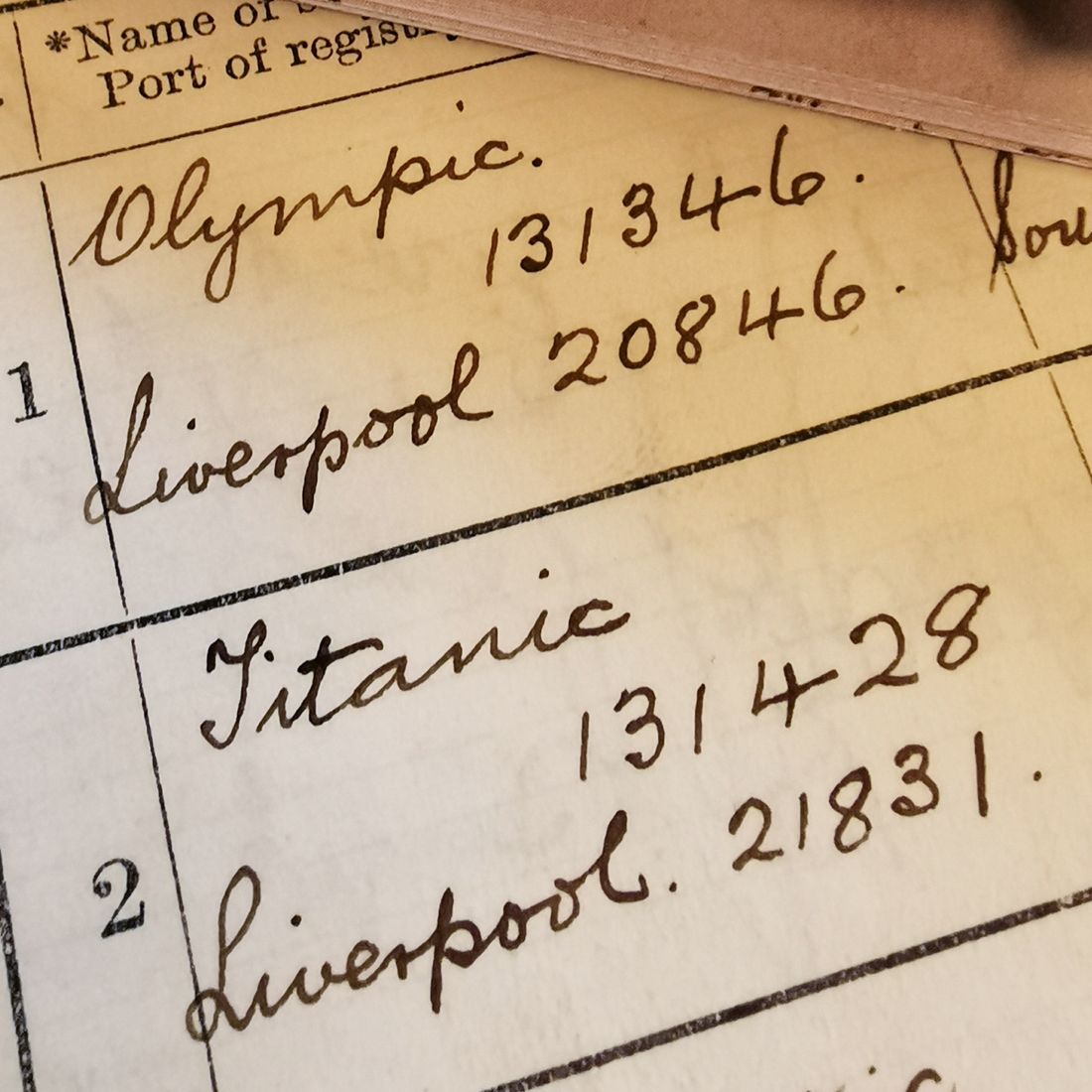 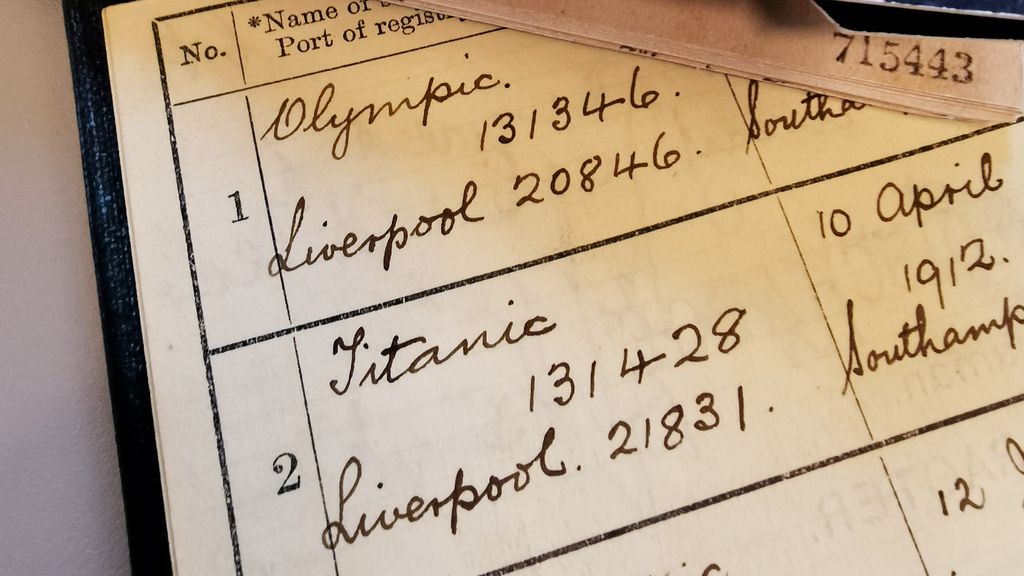 This year marks the 110th anniversary of the sinking of the TITANIC on the night of April 14-15. The German Maritime Museum (DSM) / Leibniz Institute for Maritime History is looking back on what is probably the most famous ship disaster and is showing the seaman's book of a TITANIC steward. In the popular series "Highlight am Sonntag", a DSM TITANIC expert will tell exciting details about the special exhibit and the ship on May 15.

The TITANIC almost slid past the iceberg. After the iceberg was sighted, the first officer ordered "hard to port" and managed to avoid a head-on collision.n. Nevertheless, the unthinkable happened, which many passengers on board were slow to realize: At around 0:05 a.m., the world's largest and most modern ship to date began to sink on its maiden voyage 300 nautical miles off Newfoundland. On board, Alfred Theissinger worked as a First Class cabin steward. Since 1993, the DSM has been in possession of his seaman's book, which attests to his service on the liner. The plain dark blue booklet has only been on display once before as part of a special exhibition.

On the occasion of the 110th anniversary of the disaster, interested parties can take a look at the only exhibit that the DSM owns in connection with the TITANIC in a special showcase in the Cog Hall from Friday, April 15. It is known about Theissinger that, as a British citizen of German origin, he lived in Southampton and regularly went to sea from there. Before joining the TITANIC on April 6, 1912, he sailed on her older sister ship OLYMPIC. After the accident, he described his view of the sinking to several American daily newspapers. According to his own account, the cabin steward looked after famous passengers on board. Only two months after the disaster, he went back on board a ship of the White Star Line - his seafaring book documents the stations at sea soberly and without gaps.

The showcase also displays ship models of the British shipping company White Star Line, from which the TITANIC originated. These are private loans from the DSM archivist Dr. Christian Ostersehlte. He was infected with the TITANIC virus in his childhood, has been conducting private research on the famous luxury liner for a long time and is a welcome panel guest when it comes to the TITANIC. On Sunday, May 15, Ostersehlte invites visitors to the Kogge Hall from 3 to 4 p.m. as part of the "Highlight am Sonntag" format and tells facts about the TITANIC, the White Star Line shipping company and the seaman's book, which a donor from Bassum left to the museum in 1993.