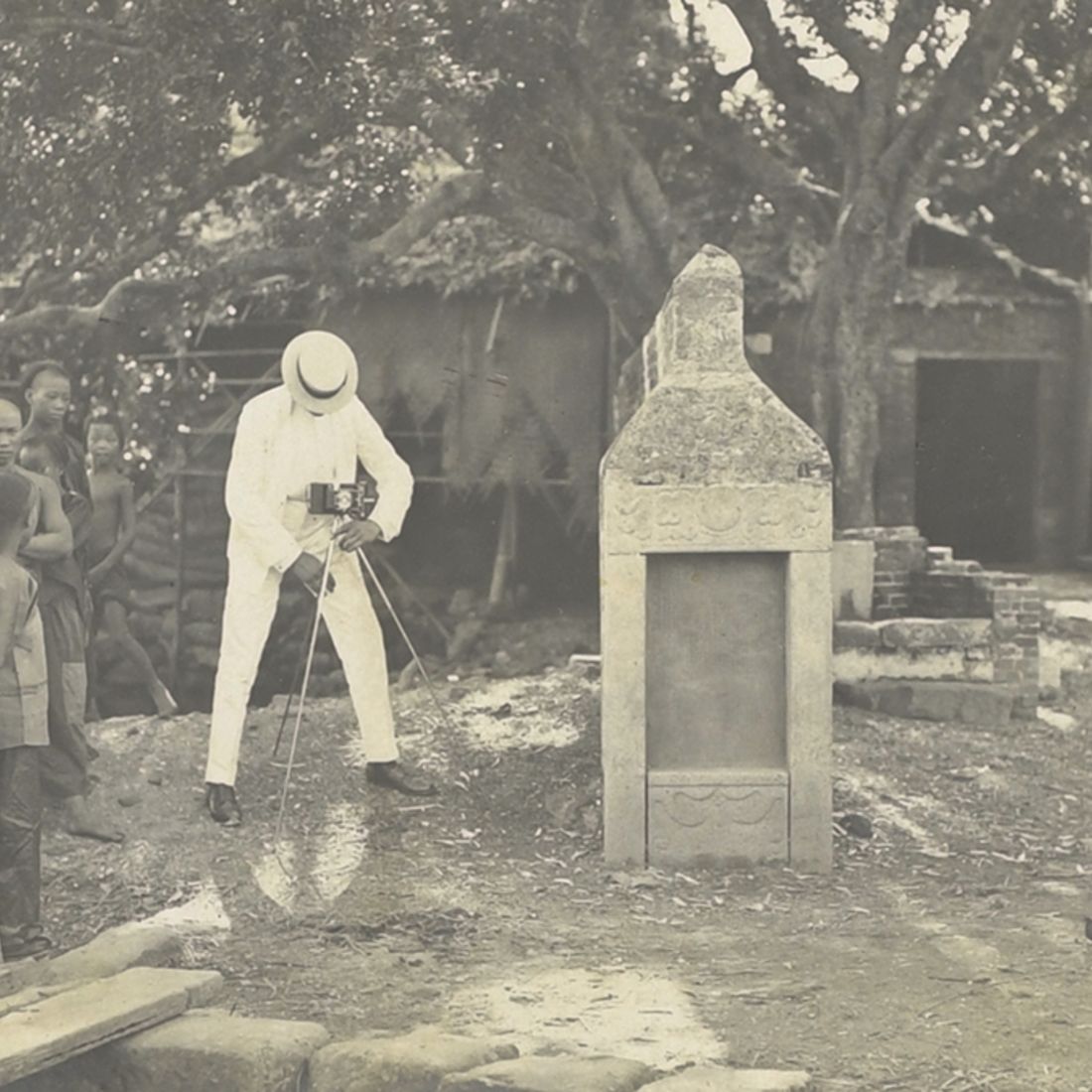 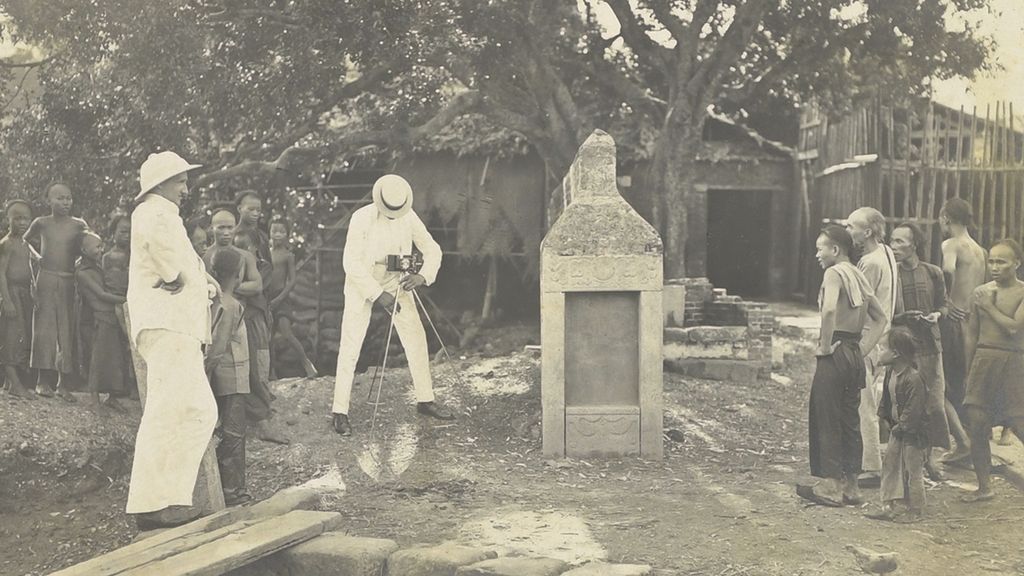 The open-air exhibition, "Seeing the Other? The Colonialist Gaze", can be visited 24/7 in the rotunda of the Museumshafen from Sunday, 18 April until Sunday, 31 October 2021. The exhibition was created in collaboration with students from the University of Bremen.

"When someone goes on a journey, he can tell a lot!" At the end of the 19th century, service in the German Imperial Navy offered many young men from ordinary backgrounds the opportunity to see something of the world. Photographic travel albums reflect this curiosity and fascination of the foreign, which even the marines sent to the German colonies could not escape. At the same time, however, the photographic travel albums also bear witness to the Navy's culture of remembrance, numerous violent assaults and the general enthusiasm for war that accompanied, for example, the dispatch of the East Asian Expeditionary Corps to put down the Boxer War in northeast China.

Today, the colonial legacy, together with its effects on the present, is a much-discussed topic. The German Maritime Museum / Leibniz Institute for Maritime History (DSM) also wants to contribute to this discussion with its own collection. Using the example of historical travel albums, the museum will show in an open-air exhibition how ideologically influenced patterns of perception shape the photographic gaze and not only capture reality, but can also (re)shape it according to their own ideas.

In the years from 1884 to the end of the First World War, the German Empire sent troops to northeast China, the Pacific, and West, Southwest and East Africa to implement the laws of German colonial power by means of warship diplomacy and to ensure the economic exploitation of the colonies' raw materials and resources. Photographic albums preserve impressions of these missions and suggest an authentic transmission of life in the colonies, verified by the sailors‘ and marines' personal experiences. At the same time, they offer numerous insights into the patterns of thought and perception shaped by colonialism and the history of asymmetrical cultural contacts.

The travel albums contain numerous pictorial representations of the indigenous cultures with which the sailors and marines came into contact during the occupation of the colonies. Even today, analogue photography, as a photochemical image of nature, still clings to the myth of a supposedly neutral, objective reproduction of reality. The photographic memories of Wilhelmine Naval personnel, however, illustrate how strongly internalised ideologies influenced one's own perception and thus had an impact on photographic image compositions and constructed reality. The assumption of one's own cultural superiority shaped the colonialist gaze. For this purpose, individual photographs resorted to the same patterns of pictorial staging, without any official or direct instructions on how the indigenous peoples were to be portrayed photographically.

With the intervention "Seeing the Other? The Colonialist Gaze", the DSM is for the first time discussing the connections between war and merchant shipping and German colonial history and bringing its critical examination of the museum's colonial history collection to the public. The exhibition accompanies the DSM's ongoing research programme and presents an initial approach to and reflection on the conflict-laden visual material.

The intervention uses 50 exemplarily selected "thinking pictures" and picture reviews to demonstrate the orientations of the colonialist gaze and critically engages with the pictorial forms of stigmatisation and degradation of other cultures. As a sculptural intervention in public space, it provokes and invites the viewer to become aware of these pictorial clichés and image formulas. To this end, four discussion areas contrast the visual expressions of "othering" as a division between "us" versus "the others" and explore the separation of the world in photographic modes of representation that is characteristic of the colonialist gaze. The colonialist gaze did not necessarily prove to be homogeneous and coherent and was marked by numerous ambivalences and contradictions. Intermediate forms, pictorial appropriations of the traditions of the respective other culture and pictorial adaptations specify the views. In the sense of a "school of seeing", the project deconstructs some of the characteristic pictorial forms and visual stereotypes that shaped the colonialist gaze at the turn of the century.

Continuation of the project with pupils from Bremerhaven

The project "Seeing the Other" does not end with the historical photos. An educational project with the Schule am Ernst-Reuter-Platz in Bremerhaven will accompany the exhibition during its runtime. Pupils of secondary school level 1 deal with the motifs of the historical photographs and the time of colonialism and record their research results and perspectives on dealing with the foreign. The result is a constantly growing collection of audio contributions and comments by the young participants, which can be accessed via the DSM website.

A project funded by the Leibniz Research Museums Action Plan.