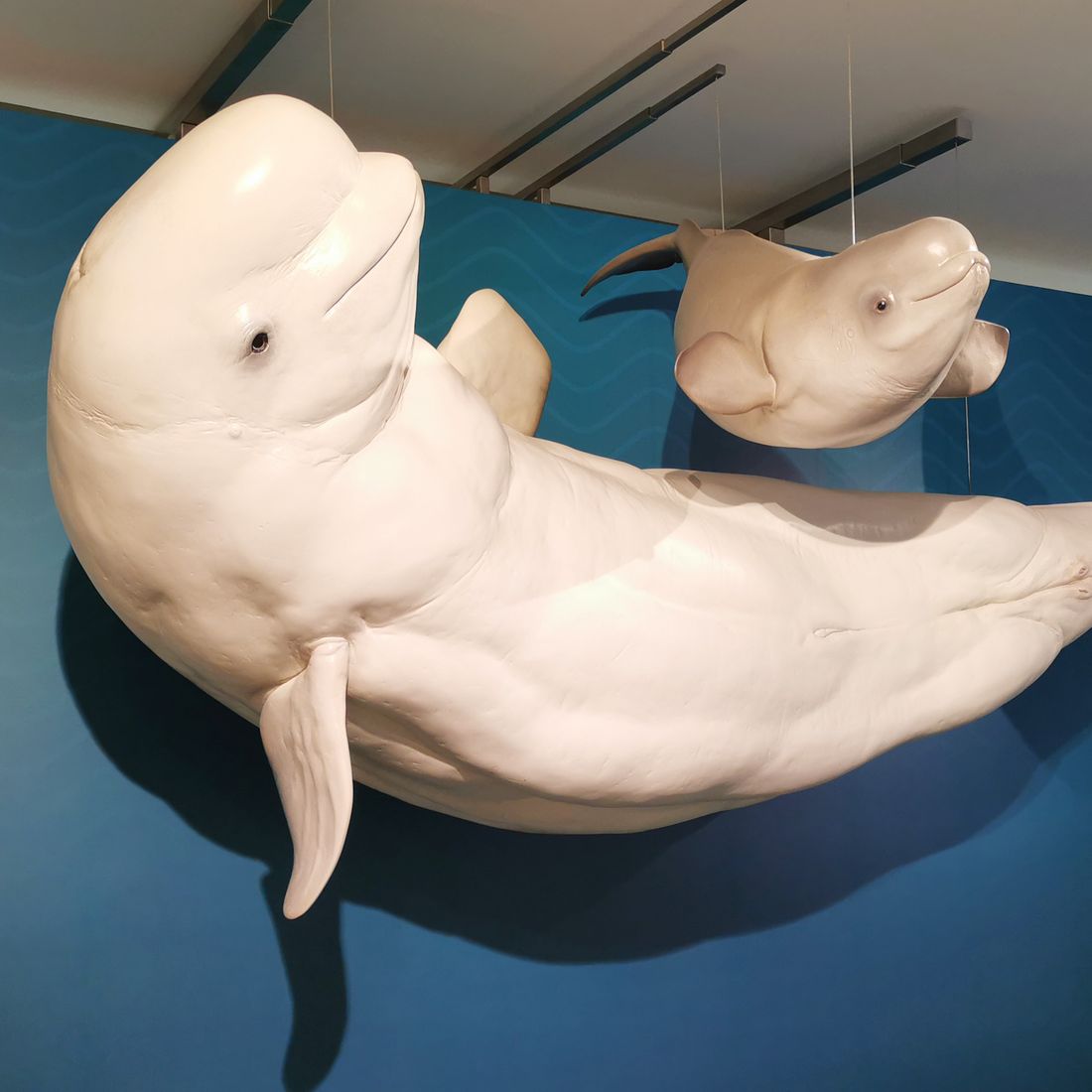 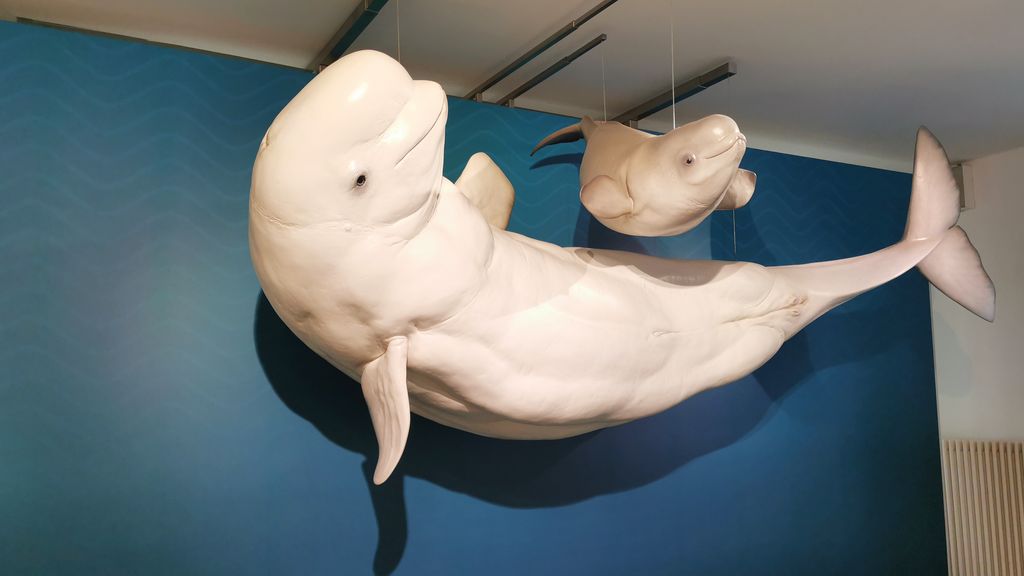 Model ships, measuring instruments and maritime animal exhibits from the Meeresmuseum Stralsund will find a new home in the German Maritime Museum (DSM) / Leibniz Institute of Maritime History. The loans complement the new exhibition "CHANGE NOW - Ships are changing the world", which will open in the extension building on 6 August 2021.

A buzz of voices in the deep-sea department of the Stralsund Marine Museum: the hell vampire, the pair of deep-sea angler fish and several other mysterious-looking specimens of marine animals are moving - to Bremerhaven. The relocation of the fragile objects is delicate and must be well planned. The almost two-metre-long beluga cow with calf is still easy to handle, but the narwhal with its two-metre-long tusk is more complicated. Special boxes made by a carpenter and a lot of expertise in dismantling and stowing are needed to ensure that the museum treasures from the Baltic Sea city arrive at the DSM in one piece.

The Meeresmuseum Stralsund is undergoing a long-planned modernisation and will reopen in 2023 with a newly designed exhibition. During the renovation phase, the exhibits will move to other collections. The museums on the North Sea and Baltic Sea both highlight maritime themes and are personally close to each other. The loaned exhibits perfectly complement the new special exhibition at the DSM on the theme "CHANGE NOW - Ships are changing the world".

Chief taxidermist Uwe Beese carefully dismantles the female deep-sea angler fish and stows it in a box with Styrofoam. The difference in size between the huge female and the small male, which incidentally does without the conspicuous luminescent organ, is striking. The relationship between the two seems somewhat bizarre. "After mating, the male grows attached to the female's abdomen and remains attached to her for life," Beese knows.
Dr Harald Benke, Director of the Oceanographic Museum since 1995, is pleased that ship models, animal exhibits and measuring instruments are moving to Bremerhaven. As a member of the DSM Foundation Council, he has been deeply connected to the "Sister House" since 1997. "With the belugas and the narwhals, important exhibits are going to Bremerhaven. As a whale researcher, the animals are naturally particularly close to my heart. I am all the more pleased that they will now continue to be on display. The collections of both houses complement each other in a meaningful way," says the marine biologist.

"We are very pleased about the long-standing friendly relationship with the Stralsund Marine Museum and, of course, about the loans. Thanks to the specimens and instruments, the DSM can tell another piece of ocean research and shipping history and creates visible synergies between the two maritime exhibition houses," says Prof. Dr Sunhild Kleingärtner, Executive Director of the DSM.

The show opens on 6 August and invites visitors on a journey of knowledge into the sea, where people, animals and ships meet. The focus is on the relationship between humans and the sea. What progress have humans made through marine research and shipping? What impact does the use of ships have on the sea and the climate? With CHANGE NOW, the DSM is currently realising the only large exhibition to mark the start of the UN Decade of Ocean Research for Sustainable Development in Germany.

What else is coming from Stralsund to Bremerhaven? The ship models GLOMAR CHALLENGER, PROFESSOR ALBRECHT PENCK and the research submarine TRIEST are anchored in the DSM. Without ships, marine and polar research would not be possible. Data from the air, water and ground are collected on research ships. In the exhibition, experiments and research results illustrate the secrets that water, soil and air hold. Almost every ship model on display highlights the history of marine research: the GLOMAR CHALLENGER was the first to take rock samples from the deep sea, providing information about the formation of the world's oceans. The conclusion: oceans are far younger than assumed.

Back to the Baltic Sea: The last boxes are sealed in the Meeresmuseum, the shipping company is ready. Dr Harald Benke is eager to see how the group of marine mammals will fit into the DSM's collection and would like to visit in person soon to see the exhibits in their new setting. 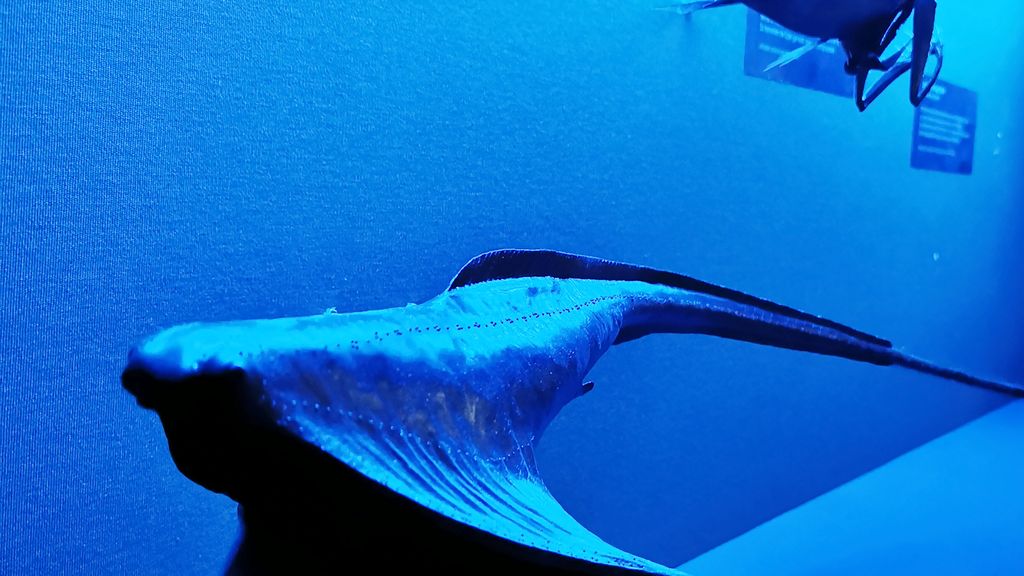 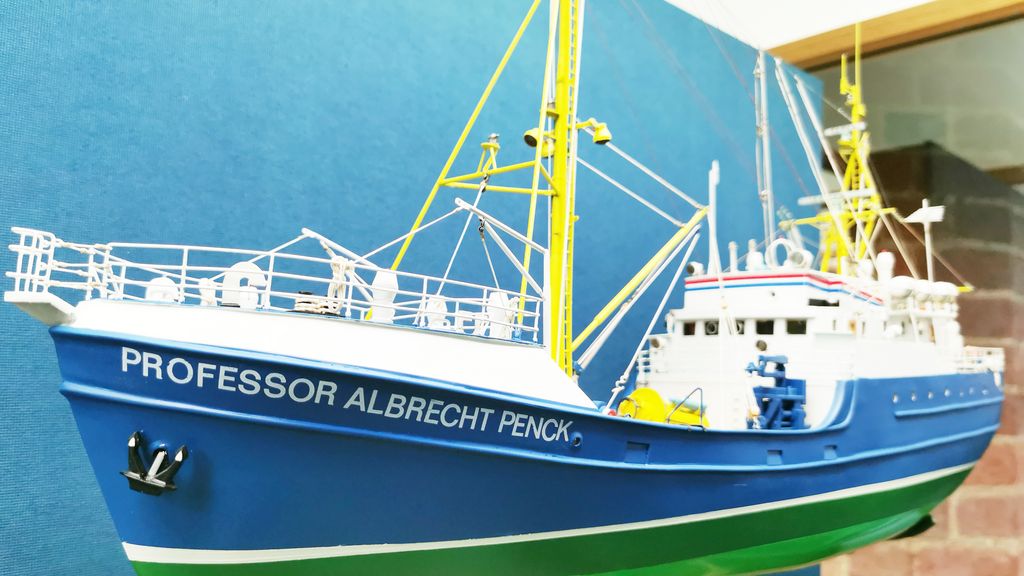 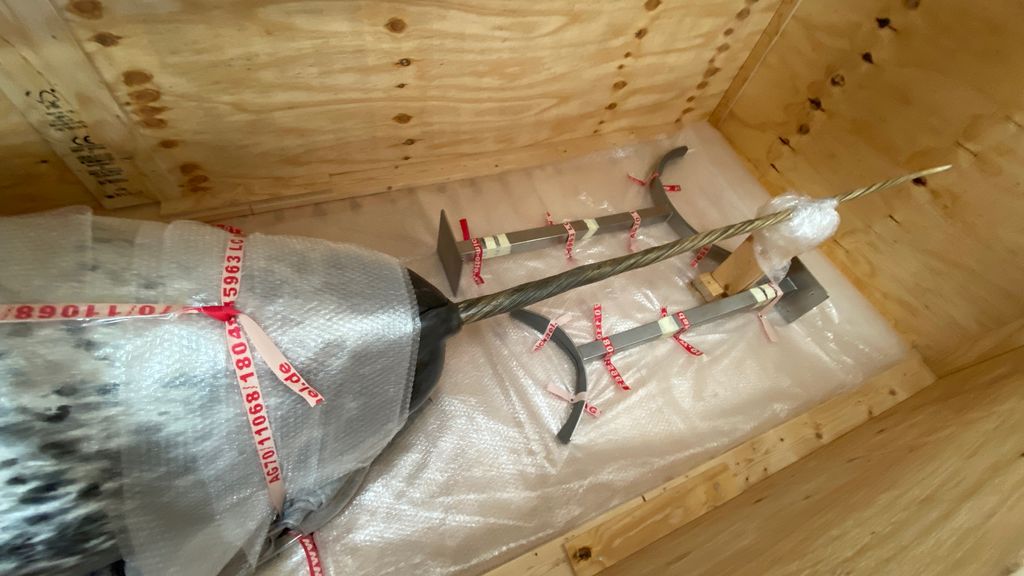 The narwhal has a long, sensitive tusk that had to be specially protected during transport.