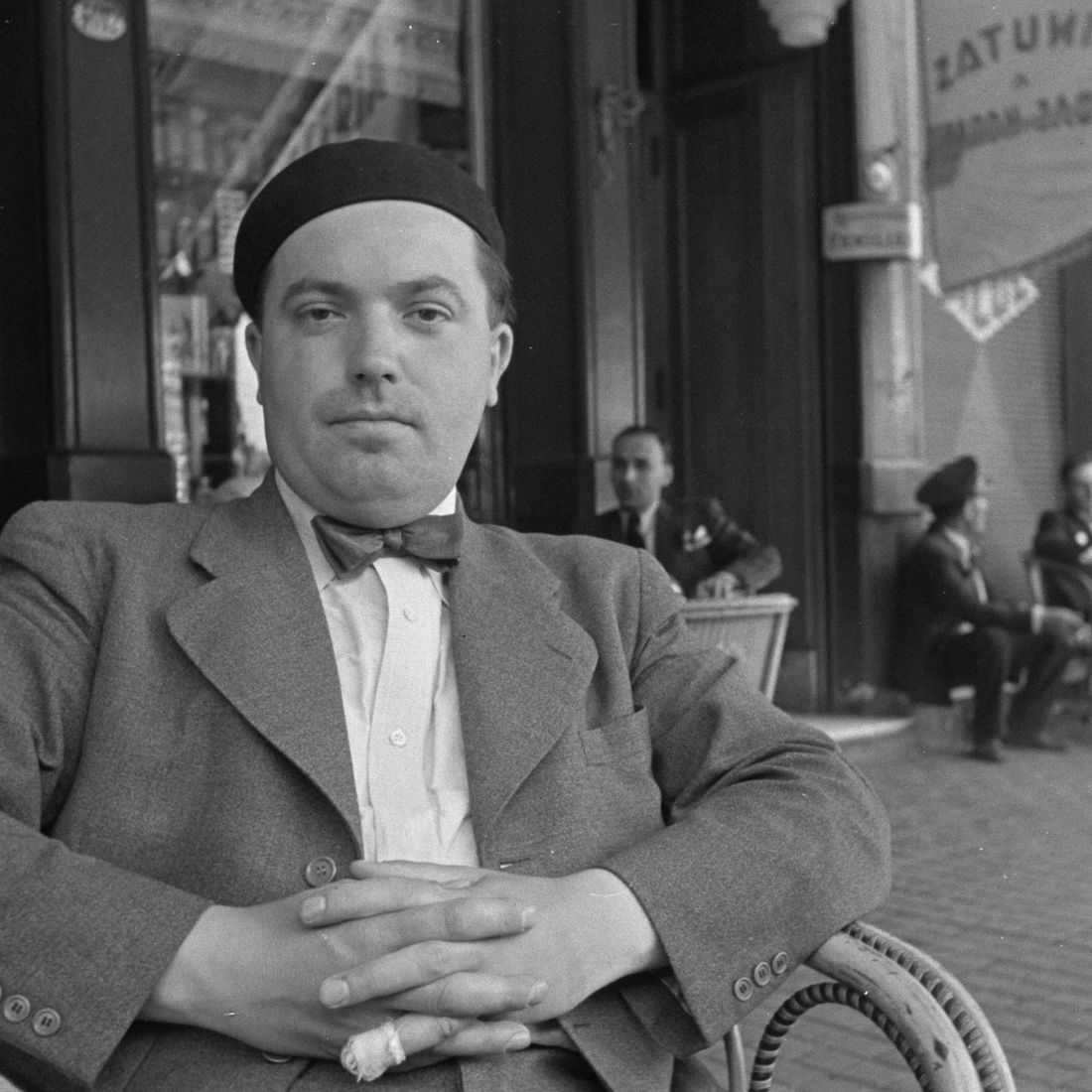 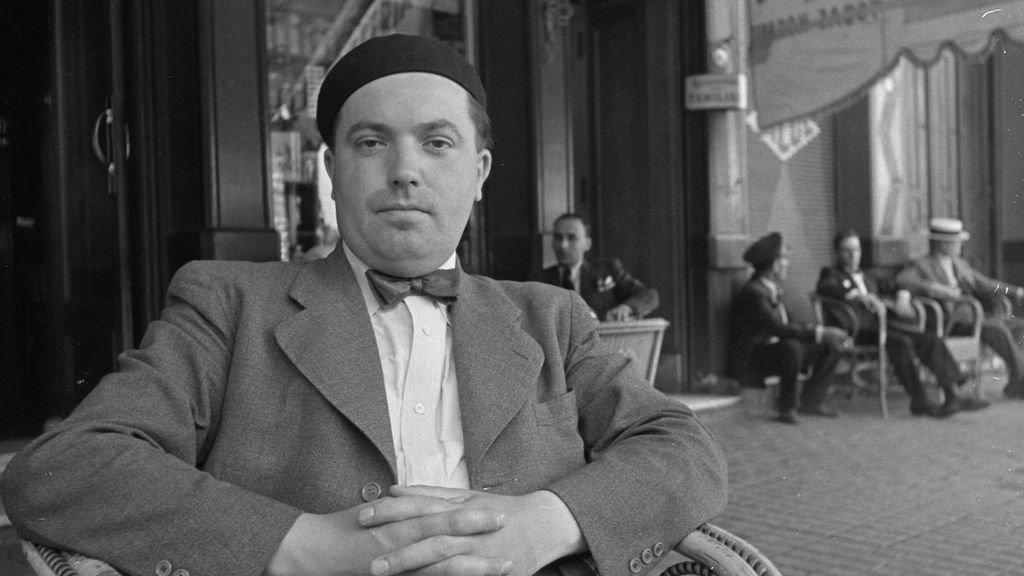 "Today he would probably be Influencer"

He was one of the most famous on-board photographers of his time and a companion of Norddeutscher Lloyd (NDL). The work of Hanns Tschira (1899 - 1957) is now the focus of a research project at the German Maritime Museum / Leibniz Institute of Maritime History (DSM).

A young lady leans smilingly against the railing of a ship, to which a rescue tyre with the inscription "Columbus Bremen" is attached. On her head she is wearing a captain's hat. Her short, blond hair sticks out just below it. She wears dark Marlene trousers, a striped polo shirt and poses for the camera. She was accompanied by the man behind the camera: Hanns Tschira, one of the most famous on-board photographers of North German Lloyd. The German Maritime Museum has owned a collection of his photographs since 2003. It comprises around 55,000 negatives and slides as well as 850 private photo albums with image material taken by Hanns Tschira on board the ships BREMEN and COLUMBUS.

At the beginning of the 20th century, on-board photography was a professionally offered service for wealthy passengers. "In the history of photography, on-board photography represents a hitherto little-explored niche in applied travel photography, which deals exclusively with maritime topics," explains art and photo historian Dr. Hanin Hannouch, who has been working as an International Research Fellow at the German Maritime Museum since January 2019 as part of a research stay. As a commercial activity, on-board photography is located on the borderline between advertising and art and is an important segment of a developing photography market in connection with shipping companies. According to Hannouch, on-board photography conveys an impression of contemporary notions of home and identity. This reflects social values, but also collective and personal prejudices, as well as the wishes and dreams of people shortly before the Second World War.

Tschira's motifs during his time as an on-board photographer with the NDL from 1927 to 1940 depict the passengers' sophisticated lives. Among them are famous personalities such as Marlene Dietrich, portraits of captains, but also photos of workers on board, of individual ships and special scheduled trips. "Especially the last voyage of the BREMEN, shortly before the outbreak of the Second World War, when the ship travelled from New York to Murmansk in camouflage, was accompanied by Tschira with the camera. The footage was later published in 1940 in the propagandistic book 'Die Bremen kehrt heim; deutscher Seemannsgeist und deutsche Kameradschaft retten ein Schiff'," reports Hannouch.

Hannouchs' research focuses on Tschira's photographs, which were used in the context of the Nazi era, and the "exotic motifs" from European colonies. She examines the visual culture of his time in order to gain a deeper insight into the aesthetics of Tschira's pictures and an understanding of the influence of other media, such as advertising posters and postcards. As historical sources, photographs are a good medium for getting people interested in a certain topic and for illustrating social processes, Hannouch emphasizes. "Because of their immediate visual impression, they are often more accessible than texts, yet they have many levels of interpretation. That's what makes them so valuable, especially for museums." However, precisely for this reason, the correct interpretation and scientific texts in connection with photographs are of fundamental importance. Writing such texts is a first step in their research work. Hannouch would like to know what the photographs say: "What is behind the photograph?", "What does it say about the commercialization of people from other cultures? "What connection did Cira have with National Socialism?" Hannouch finds this ambivalence particularly exciting.

From 1940 to 1946 Tschira worked in Berlin, where he founded a photo agency with his cooperation partner Kurt Kloeppel. During this period, Tschira portrayed various actors in the cultural life of the Nazi era. Some of his photos from the German Maritime Museum collection were published in National Socialist newspapers and books. However, so far neither NSDAP membership has been proven nor have denazification files of Tschira been found. His personal political views therefore remain speculation for researchers. "Photographs, however, have their own biography, which is to be understood independently of the photographer's life," says Hannouch. Later he worked in Lübchen, a former Prussian district in Silesia.

"All in all, his work can be classified into three phases of life with different aesthetic handwriting: that of the on-board photographer, that of the photographer of various actors of the National Socialist regime and that of the theatre photographer," according to Hannouch's current state of affairs. For from 1946 to 1957 Tschira was finally a theatre photographer in Baden-Baden and founded the "Fotoatelier Tschira". However, this collection is kept in the city archive of Baden-Baden. Tschira simply knew how to attract attention and adapt to the respective market. "Today he would probably be an influencer," said Hannouch. 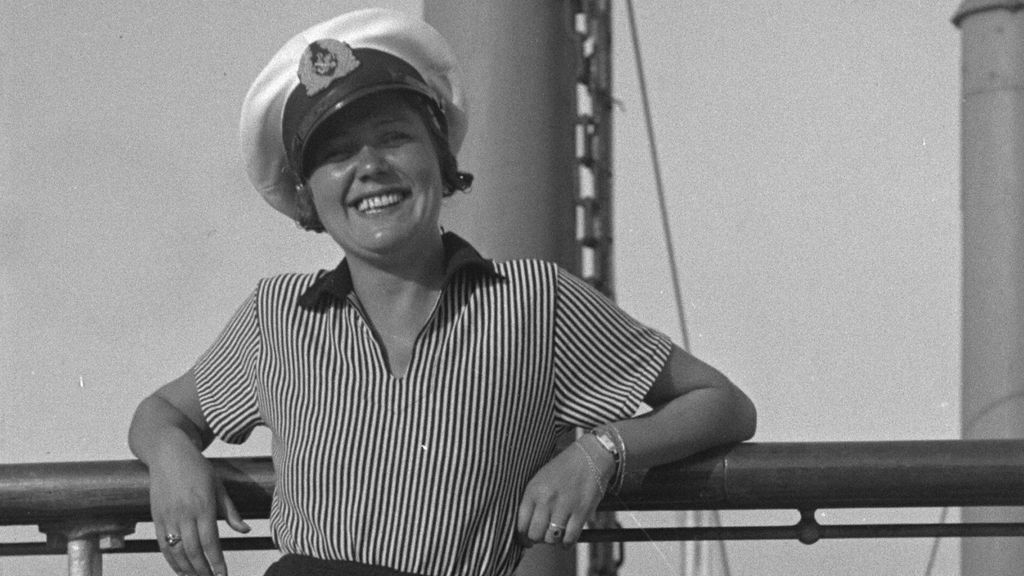 Hanns Tschiras accompaniment on the BREMEN 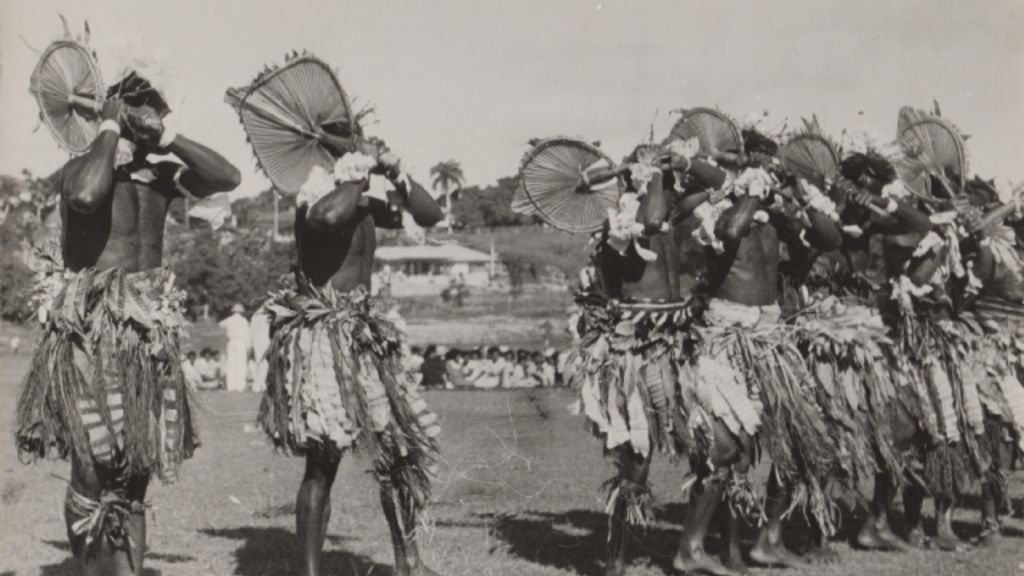