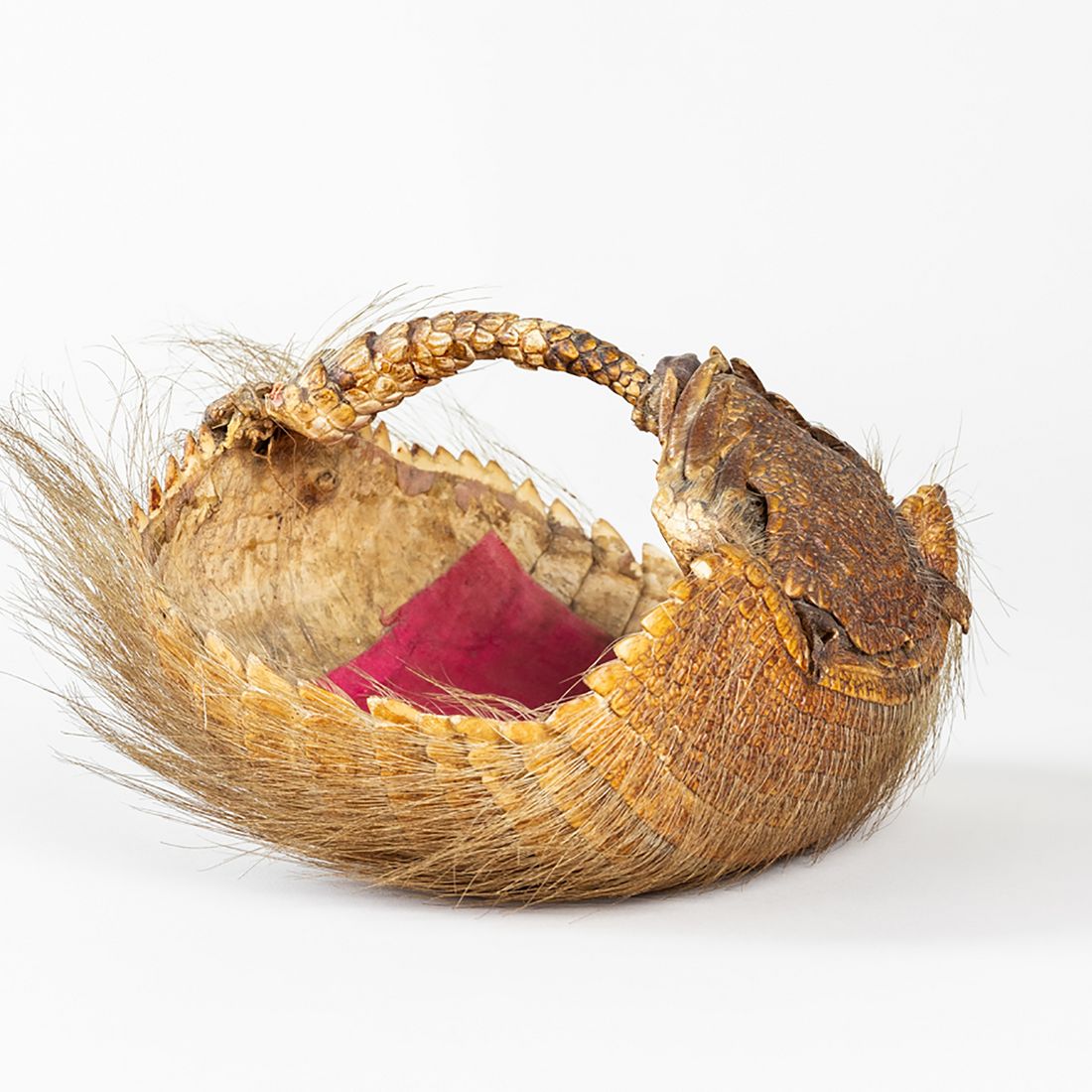 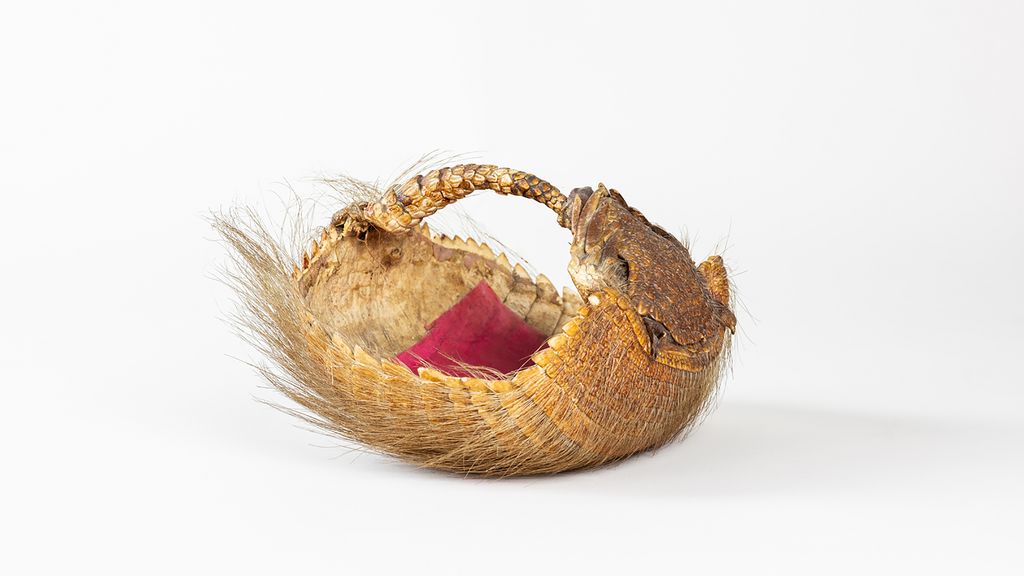 Whether paintings, ship models or wooden objects: Many objects in the collection of the German Maritime Museum (DSM)/ Leibniz Institute for Maritime History pose mysteries about their history of origin. The exhibition and mediation project "Open Histories" opens the view on the museum as an archive. Objects with unknown histories from colonial contexts are given new consideration. Some of them are presented to the public for the first time ever. Important information about the objects is missing. Some are not even properly described.

Provenance research deals with the origin of objects. For this purpose, the DSM opens its depot, shows ways of transmission, makes clear where information is missing and involves interested parties in the dialogue about the collection. Podcast contributions, 3D models and high-resolution photos offer in-depth information. They are part of the digital exhibition "Open Histories". To get closer to the objects about which little information is available, the exhibition invites visitors to participate - to give a voice to the unknown stories.

The artifacts convey numerous cultural contexts that cannot always be deciphered at first glance. Sometimes, the very thing that seems obvious at first glance, like the depiction of a steamer, must be questioned. A term that initially seems plausible, the name of a painting, or the supposed function of a wooden object can turn out to be a false attribution. The original meaning of a travel brochure is lost or changed through display. Partly exotic or racist clichés become apparent, stereotypes overlay a value-free approach. An object like an opium pipe is foreign and at the same time own or appropriated.

A souvenir does not always tell the memories of the individual traveler associated with it. Some objects are produced and purchased in large quantities. The objects lay out false trails: They need to be looked at closely. Is an animal object like an armadillo shell or a fur-covered shield really just a souvenir, or is it instead an expression of a colonial power relationship? Sometimes the handing over or possession of such an object can be a substitute act for lost power or false memory. Does a wooden object from Papua New Guinea also serve as a neck rest in Europe? Things have left their cultural background. To learn their history, the context of their journey is reconstructed.

to the overview to the Exhibition 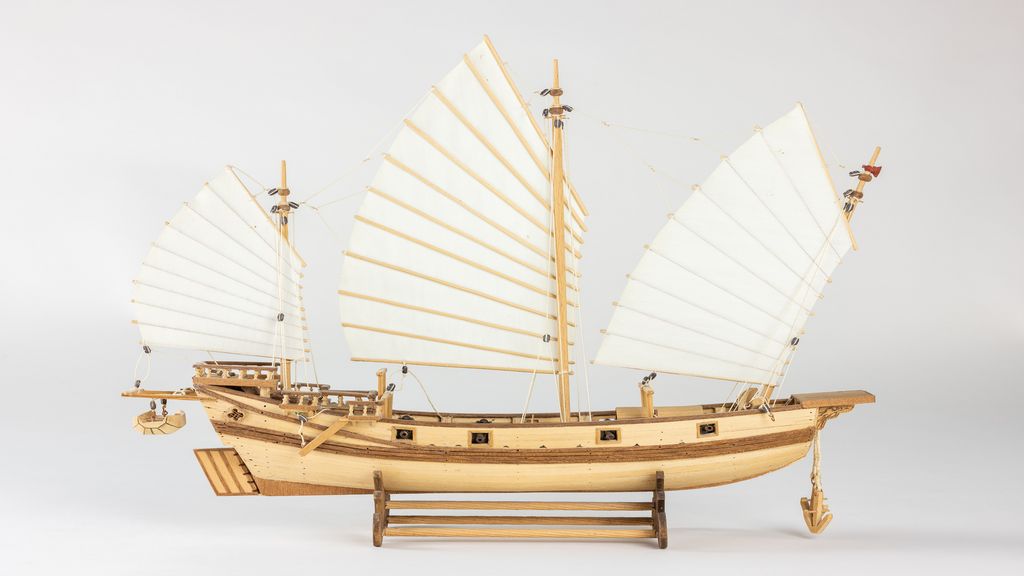 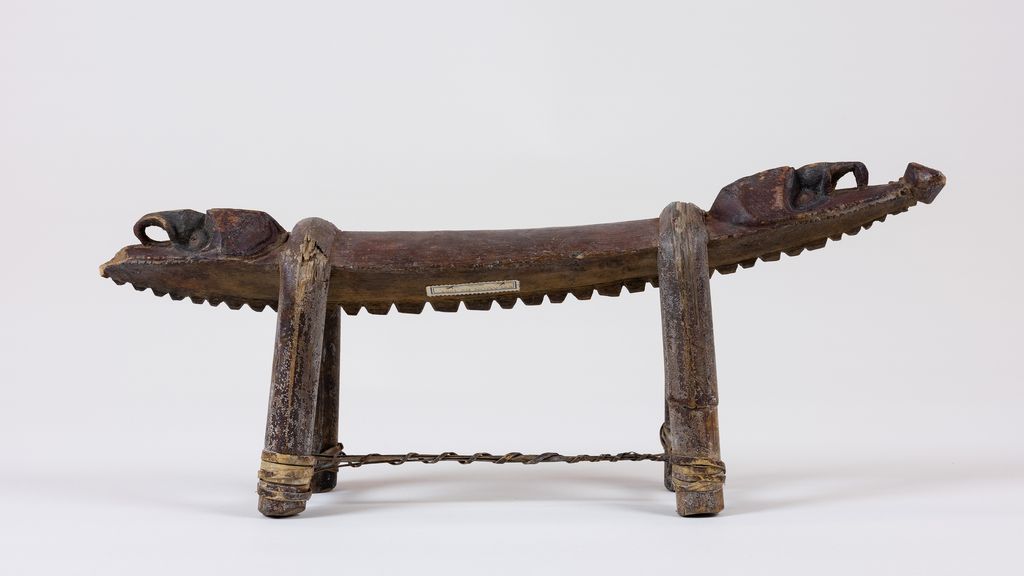 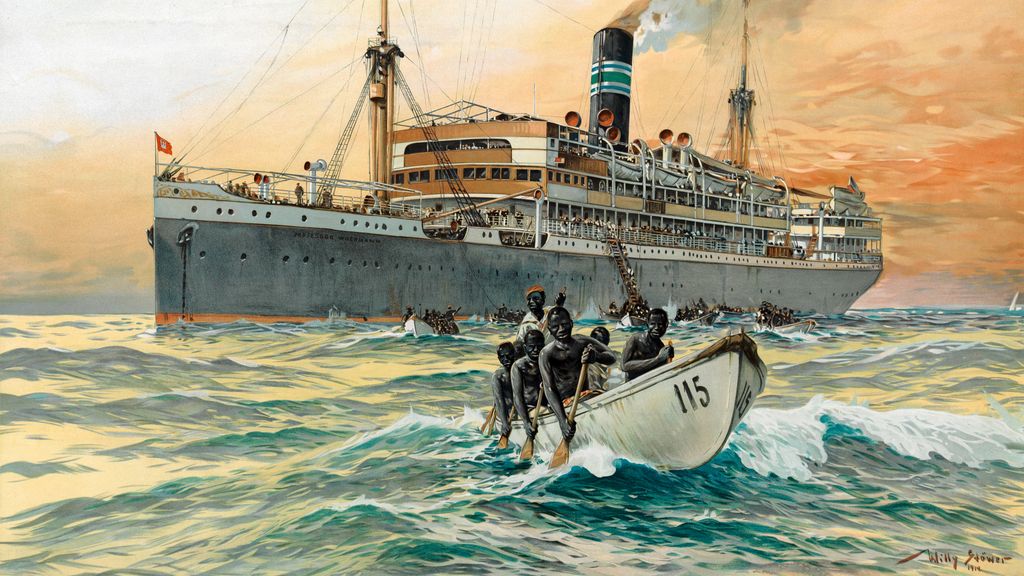