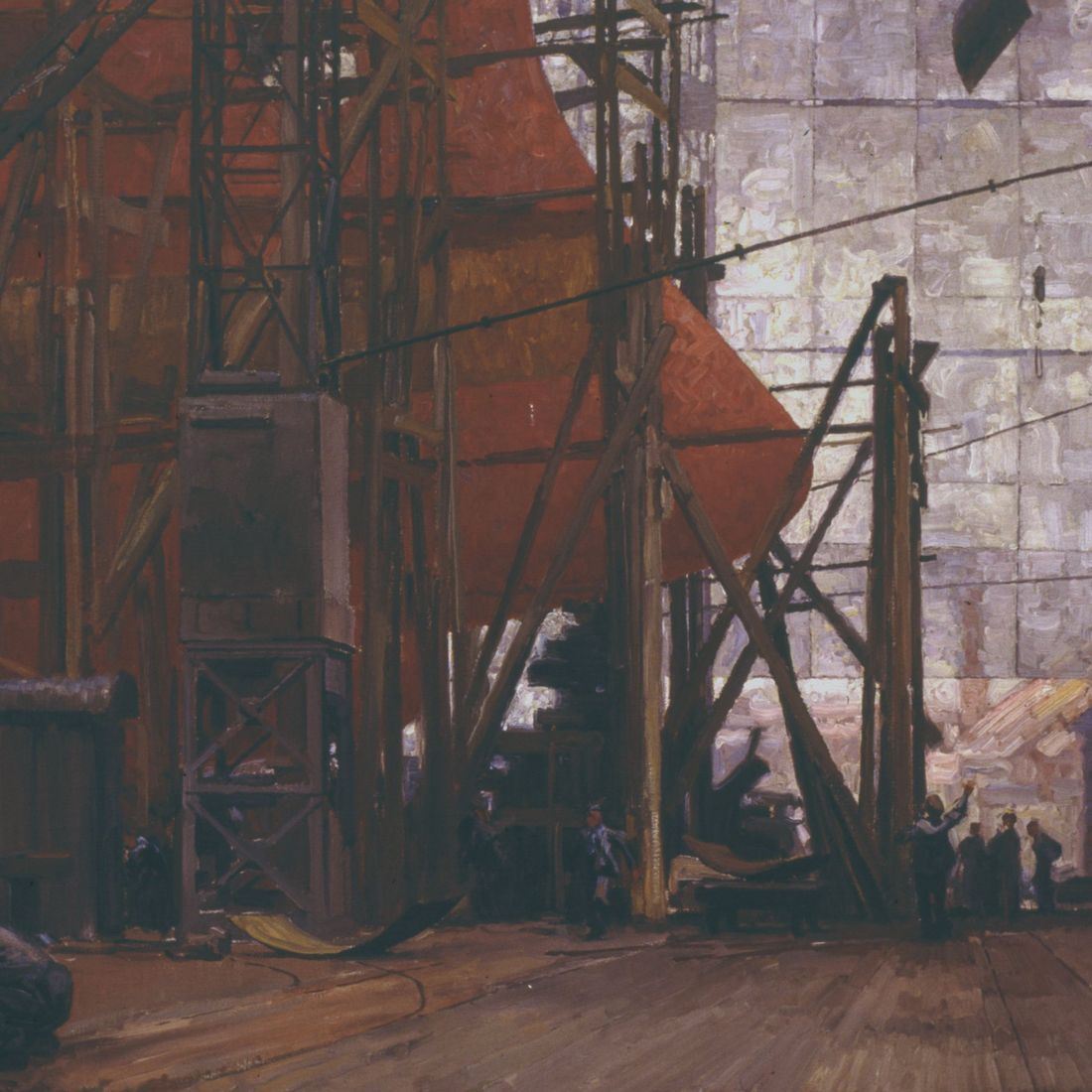 In the context of the project, the relationship between production technology and work conditions in shipbuilding during the second half of the 20th century will be examined.

Just as in every other branch of business or society, the history of shipbuilding is characterised by conflicting and overlapping constellations of interest. These interests are both represented externally in the political sphere and internally contended in the context of working relationships. One significant goal of industrial companies is the constant striving for the technical innovation of products and the rationalisation of product processes, in order to cut costs and improve productivity, and increase the respective company's own competitiveness.

Shipbuilding is in many aspects of particular significance for the history of labour relations in the modern period. For one thing, the production system of shipbuilding was very specific, due to the predominantly one-off manufacturing process, and was for a long time characterised by artisanal association with various trades. Many central aspects of Fordism and Taylorism could be implemented here only with specific adaptations. For another, due to intense international competition, efforts for "rational" (in the broadest sense of the word) manufacture were seen in shipbuilding, too, as a central means of increasing competitiveness, and propagated by company management at the latest from the middle of the century.

The technical and organisational rearrangement of production systems still impacted the people and their social interaction in the working environment, however. The research project thus examines how interest groups and power relations in shipbuilding changed and what repercussions they had on it. In this, operational discliplinary practices as well as industry-related debate are investigated. It is positioned at an interface between labour history, technological history and a strong body-historical focus.

During the second half of the 20th century, shipbuilding was characterised by two basic processes. The comprehensive introduction of section construction during the 1950s and 60s led to wide-reaching fragmentation of the production process and a fundamental spatial restructuring of the dockyards. Building on this, the introduction of computer-controlled machines and the automation and digitisation of individual production steps has been formative from the 1970s until today. In the debates that accompanied these negotiation processes, various themes arose that could be seen as the cornerstones of "modern" industrial companies. Starting with sector-specific discussions on discipline and increasingly regimented working processes to basic concepts of the future of human labour in the face of increasing mechanisation, automation and digitisation, a wide spectrum opened up that is worthy of investigation, in particular with regard to its specificity in the "Fordist century".

The man-machine relationship in shipbuilding

The relationship between man and machine is one of the definitive reflexive moment of modern history and is especially at the fore in the area of industrial labour. Due to the complexity of the production system, the frequent use of toxic materials and the mostly physically demanding work, shipbuilding was – compared to other branches in the industrial sector – considered hard graft. Dealing with these health risks and accident hazards was subject to constant change and was usually closely bound with the development of the production regime.

In this connection, the new technology proved to be a double-edged sword. On the one hand, new production techniques and newly developed materials bought with them often unsuspected health risks; on the other hand, technology that eliminated risk potention and reduced the physical burden could be implemented.

The 1970s emerge here as a period of intense change. From the mid 1970s, a profound banking crisis led to a comprehensive reduction in capacity in Western Europe. At the same time, many shipyards came under internal pressure, which also manifested itself in the demands of the workforce for better working conditions and occupational safety. One focus of the research project is thus the negotiation processes in the companies which were heavily inclined towards the "body of the shipyard worker". These company-internal debates are in turn seen and investigated as a component of higher-level structural change in the field of tension of globalisation and technical innovation.

In the research focus of Thematic Field 1 (Shipbuilding in the socio-economic context), the long-term social and economic structural changes in shipbuilding are examined at the German Maritime Museum