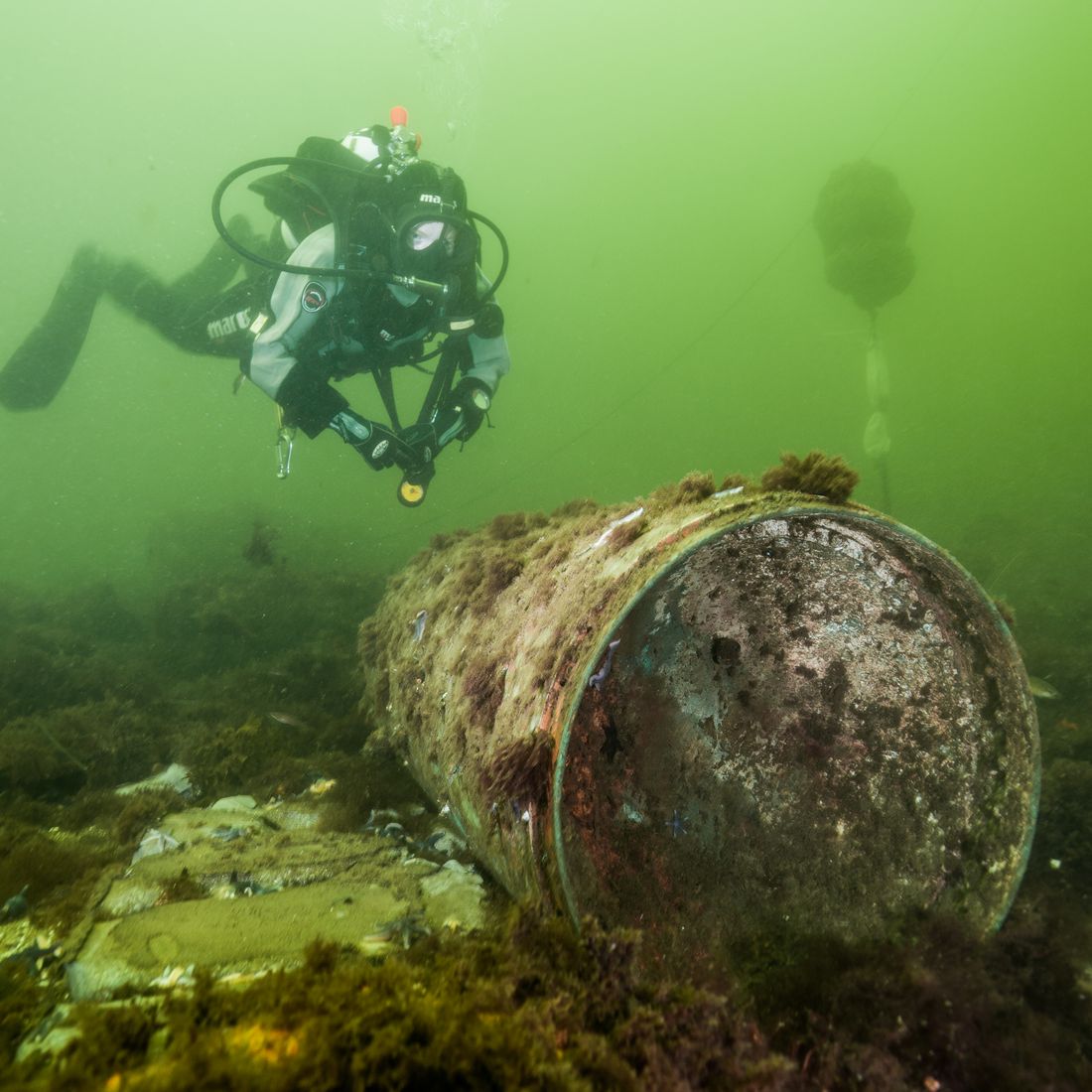 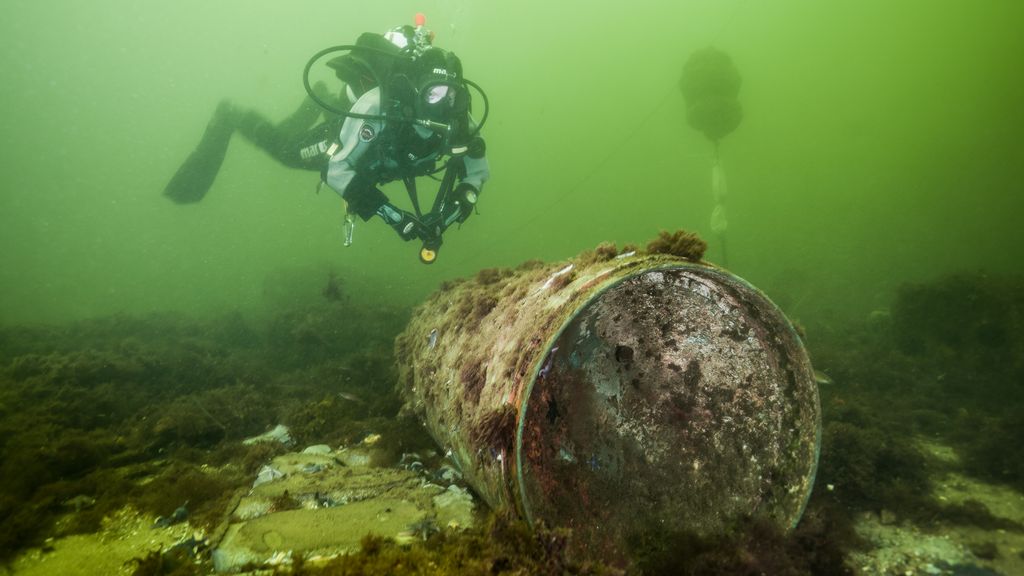 What are the dangers to humans and the sea from sunken wrecks and munitions on the bottom of the North Sea? The EU-funded, international project "North Sea Wrecks" (NSW) under the leadership of the German Maritime Museum (DSM) / Leibniz Institute for Maritime History is investigating this question. The first results are shown in the mobile traveling exhibition "Toxic Legacies of War - North Sea Wrecks", which can be seen on Wednesday, September 15, from 11 a.m. to 5 p.m. at "Open Space" on Bremen's Domshof.

Old wrecks still lie dormant at the bottom of the North Sea: What impact do they have on the sea and humans? Answers to this question can be found in the exhibition, which is based on the international and interdisciplinary research project North Sea Wrecks, which has been running since 2018. Most recently, it attracted high attention in April when participants set out on a research excursion with the research vessel HEINCKE. West of Heligoland, they took samples from the wreck of the SMS MAINZ, which sank there during World War I.

The SMS MAINZ is just one of many wrecks that still contain war equipment, weapons and toxic ammunition residues that could end up in the marine environment. In the German part of the North Sea alone, it is estimated that there are around 1.3 million tons of munitions from which hazardous pollutants can escape through corrosion. In the pop-up exhibition, the problem of dumped munitions, war wrecks and the resulting pollution in the North Sea is presented to the public and dealt with scientifically, politically as well as historically in the supporting program.

Interested people of all generations get a 360-degree insight into the project. Multimedia stations, which work contactless thanks to an optical hand tracking module corona compliant, offer a playful approach to the topic. Guests dive to the wreck themselves in a knowledge game, explore the remains and experience the living world under water. In another application, sediment, water and scrape samples can be taken virtually in the role of researchers. Additional information steles offer further results and insights on the topic of munitions and wrecks and the associated dangers for people, fish and the environment. QR codes also allow interested parties to access more in-depth information via the NSW website.

In addition to the media and reading stations, the educational concept "Gulliver's Research Adventures" explains to girls and boys of kindergarten and preschool age the everyday life on board a research vessel and shows how researchers work with samples.

The mobile show premiered in August during the Maritime Days in Bremerhaven and will tour Germany, Denmark, the Netherlands, Norway and Belgium until September next year.

About the North Sea Wrecks project:

About Open Space:
In the middle of the city and framed by the historic backdrop of the cathedral and city hall, this temporary meeting place has been created, manifesting the city's desire for change and design. The "Open Space" installation on the Domshof, designed by Wirth Architekten, is a stage, auditorium and meeting place all at once, offering space for art, music, design, theater, performances, literature, research, business, science and encounters. Open Space3 Domshof is a component of the City Center Action Program and a contribution to the development of the city center that can be seen and heard from afar. A project that will have an impact beyond Bremen's city center for around four months. Open Space Domshof is organized by a team of cultural professionals under the artistic direction of Amir Omerovic. The project is commissioned by the Senator for Economics, Labor and Europe. The project is supported by the Bremen University of the Arts. 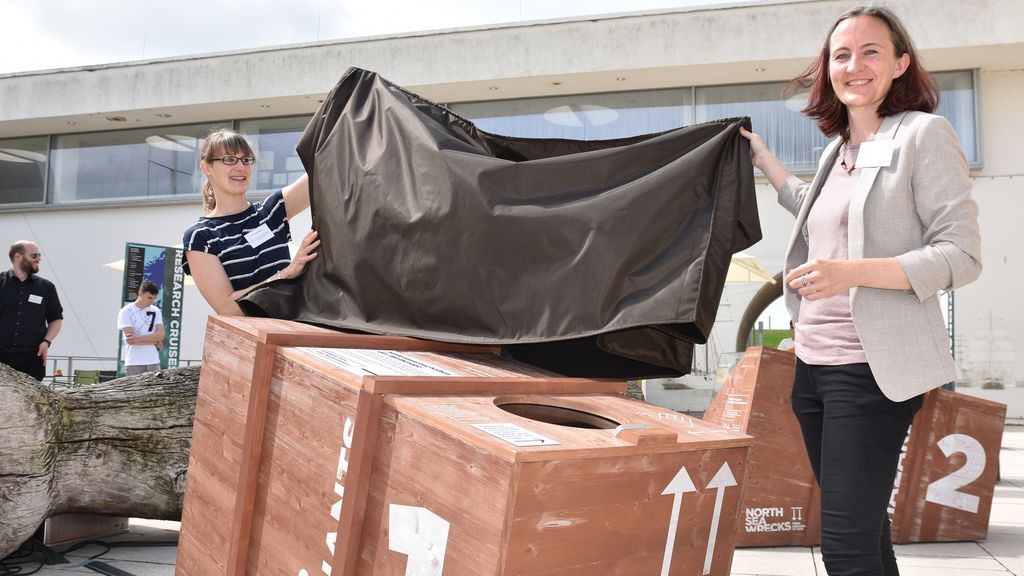 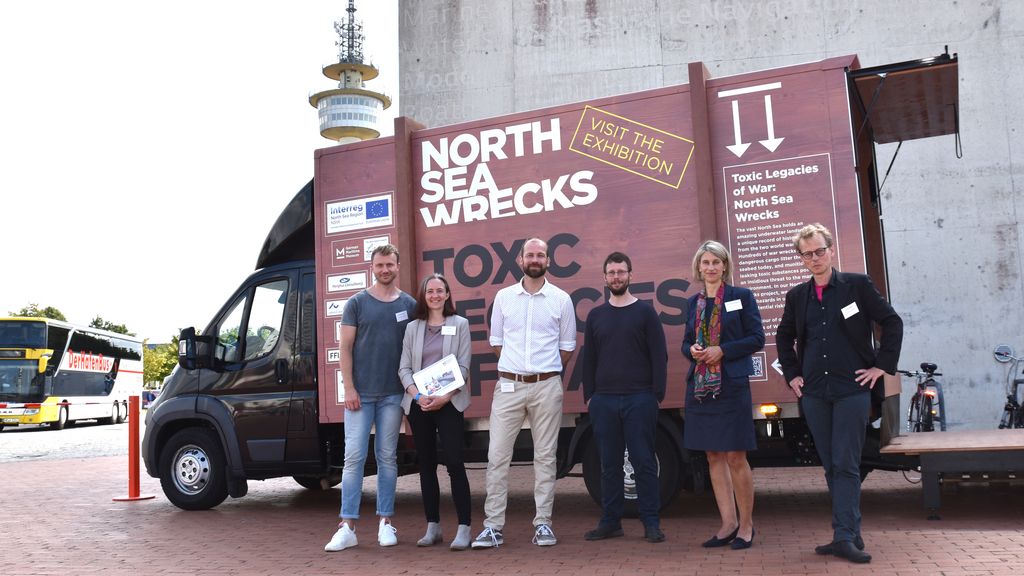 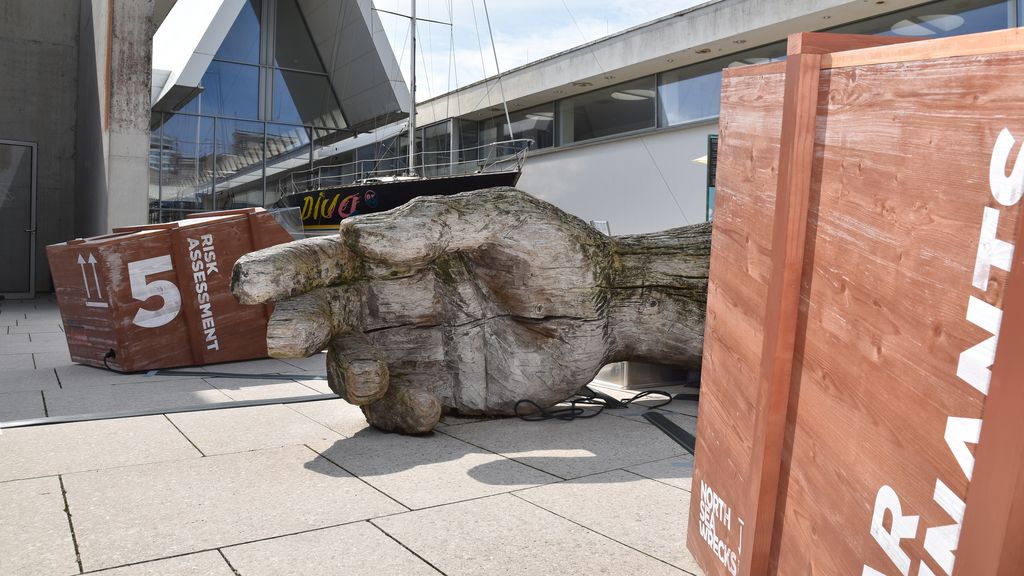 The elements of the exhibition can be seen in front of the DSM on the wooden arm. 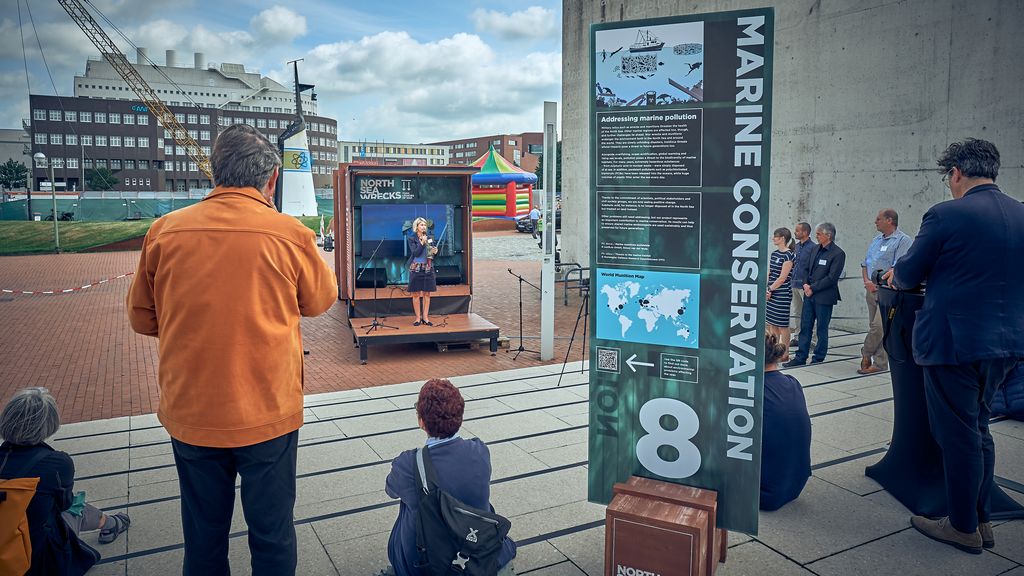 Exhibition opening with Prof. Dr. Sundhild Kleingärtner on the podium.