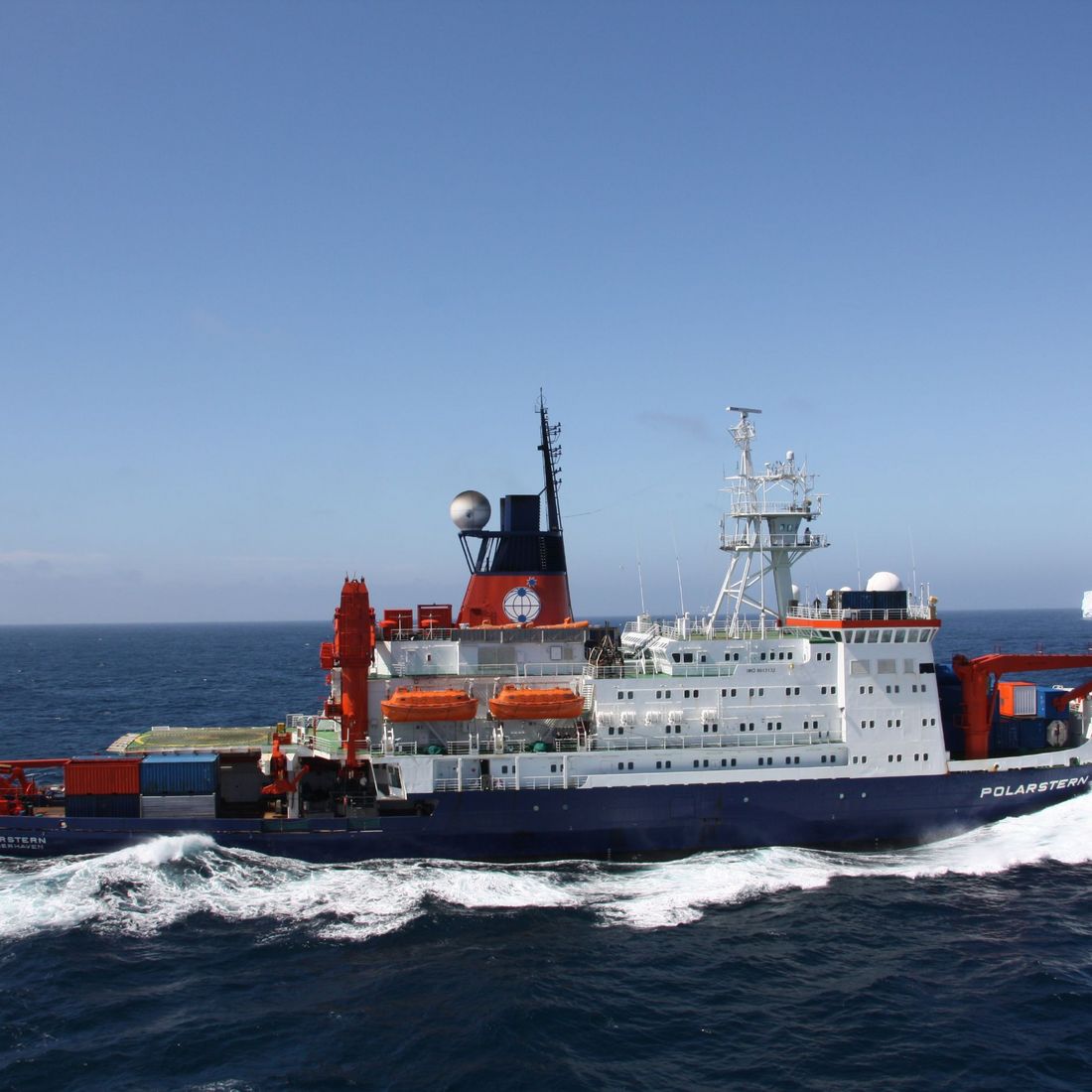 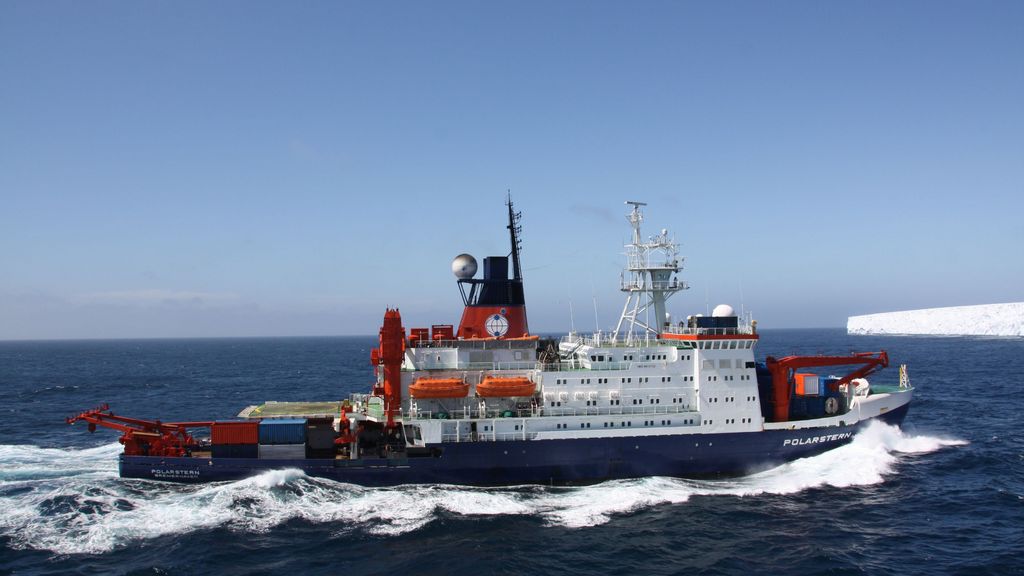 The history of the POLARSTERN: New publication of the German Maritime Museum about the research icebreaker

The story of the POLARSTERN: "Dream ship of research" instead of a "jam bucket"

A provocative question helped POLARSTERN to achieve a breakthrough and thus marked the beginning of an extremely successful story. Since then, the crew of the large research vessel has cast off on more than 100 expeditions. On 20 September, the research icebreaker of the Alfred Wegener Institute (AWI) / Helmholtz Centre for Polar and Marine Research sets off on its largest Arctic expedition to date in Tromsø, Norway. Historian Dr. Martin Weiss accompanies the history of the POLARSTERN for the German Maritime Museum / Leibniz Institute of Maritime History (DSM) and knows how it all began.

"So, shall we build a jam bucket or a solid, presentable ship?" With this question Horst Grunenberg (SPD), member of the Bundestag, confronted the then chancellor Helmut Schmidt. It was in July 1978, and the question was how high the budget for the planned research ship should be. A ship that was also to take on tasks as a supplier of the research stations. An icebreaker, built for important expeditions to the most inhospitable regions of the earth. So no jam bucket.

The striking question seems to have had an effect, because it made Chancellor Schmidt think. And to almost doubling the investment sum actually planned for the POLARSTERN. In the end, the social-liberal federal government made 110 million German marks available for the construction of the polar research ship. "A large sum of money for the time, which made it possible to catapult the project to the top of international research shipping," reports Dr. Martin Weiss.

As early as the end of 1978, the Hamburg development office Schiffko took over the design; the keel-laying of the hull took place at the Howaldtswerke-Deutsche Werft shipyard in Kiel in September 1981. The Rendsburg Nobiskrug shipyard provided the interior fittings. The technology to break the ice came from the Hamburg Shipbuilding Research Institute (HSVA). The POLARSTERN was commissioned on 9 December 1982 - and was precisely the "showcase ship" that Grunenberg had advertised so intensively.

"The ship offers plenty of space, because the tasks for which it was built are many and varied," explains Weiss. The POLARSTERN supplies the German Antarctic research station "Neumayer III" and is designed to be able to spend the winter in the ice if necessary. The storage capacity is large enough, and thanks to its solid construction the ship will not be crushed by the ice when it freezes. The POLARSTERN is designed for 44 crew members and 55 researchers from all over the world, who find ideal conditions for their scientific work in the laboratories on board.

The POLARSTERN has now completed over 105 research trips to the coldest regions of the earth, the Arctic and Antarctic. She has travelled more than 1.7 million nautical miles across the oceans - that corresponds to more than three million kilometres and more than 75 orbits of the equator. "In about 320 days of the year, the ship is tirelessly engaged in research," says the DSM historian.

The MOSAiC expedition, during which the POLARSTERN will freeze in the ice for a year and drift through the central Arctic, is currently attracting a great deal of attention. The aim of this research expedition is to collect data with which the global climate system can be better understood. "The special thing about POLARSTERN is that it can collect data with such regularity and reliability in regions that are difficult to access," says Weiss.

A ship that travels in extreme conditions has to be constantly and carefully maintained. From 1998 to 2001, the POLARSTERN was completely overhauled and brought up to the latest technical standard. But more than 36 years after her entry into service, it is time for new solutions. Initial plans for an additional polar research vessel failed in 2008 due to the financial crisis. Nevertheless, the Science Council still recommended planning a successor to the POLARSTERN, which was put out to tender by the Federal Ministry of Education and Research at the end of 2015 under the project name "POLARSTERN II".

About the booklet:
The German Maritime Museum is undergoing a process of change and is in the process of redesigning its exhibition in close connection with its research and exhibition programme "Man & Sea". Important space is being given to a number of leading objects, which are also the subject of a separate series of booklets. In the various editions of the series, experts from the three research perspectives "Interests - Materiality - Perception" look at the respective object, explain its fascination and pursue questions.

In addition to historian Dr. Martin Weiss, Prof. Dr. Antje Boetius, Director of the Alfred-Wegener-Institu, and Niels Hollmeier, Digital Curator at the German Maritime Museum, also shed light on various aspects of research trips in the booklet "POLARSTERN - Dreamboat of Research" and the presentation in the virtual reality exhibition in the museum. It comprises 30 pages with numerous illustrations and is available in the museum shop of the German Maritime MUseum. 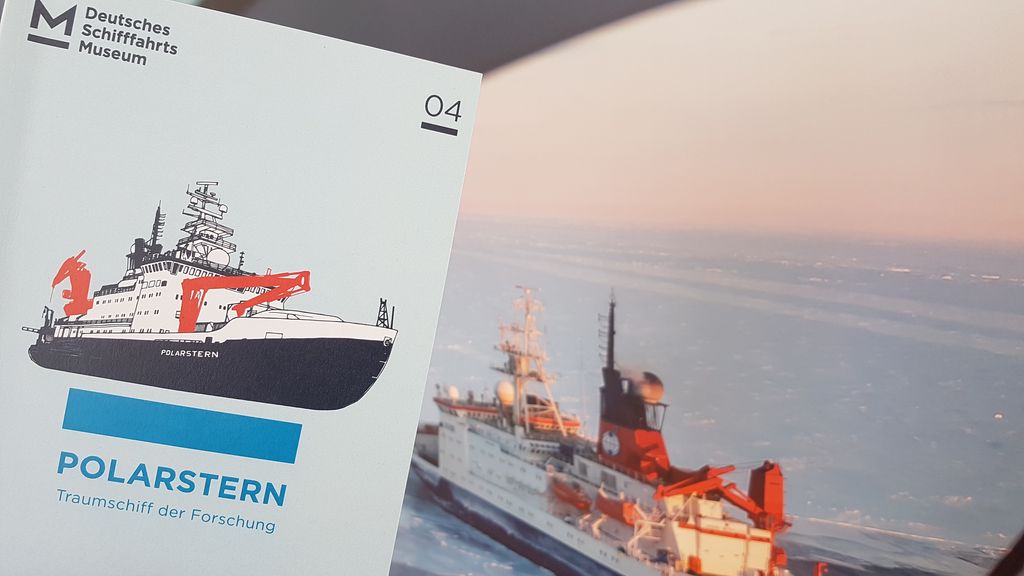