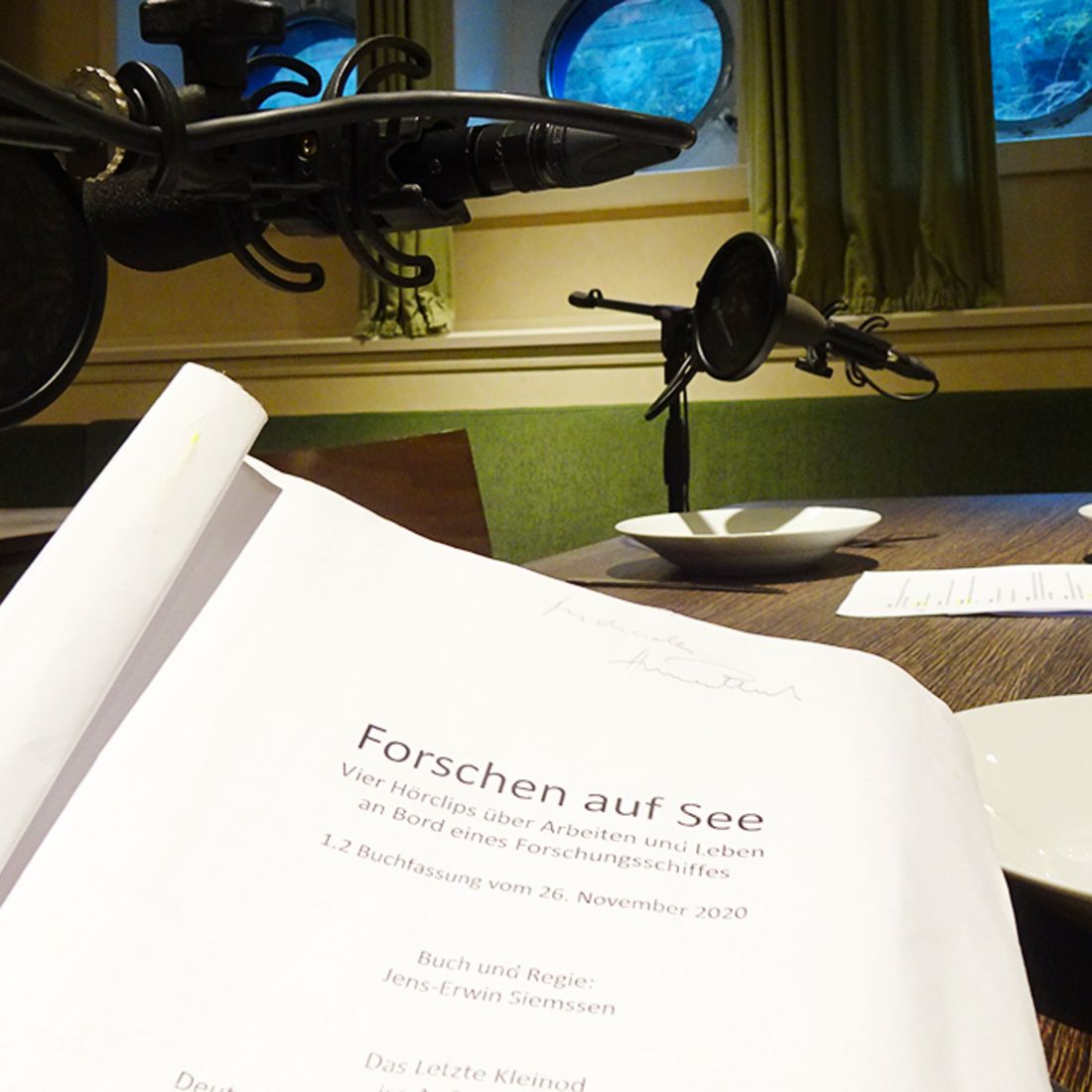 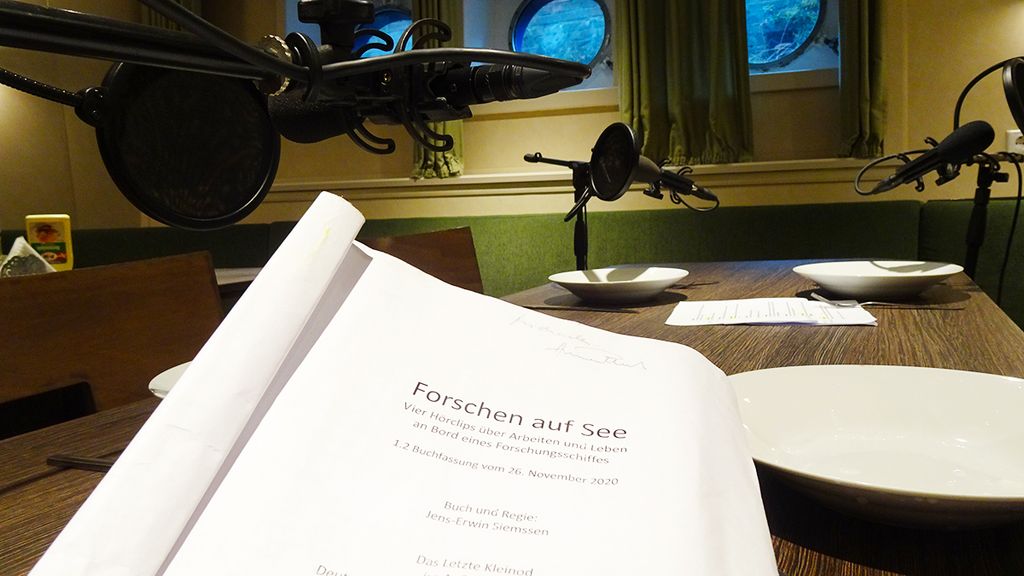 It is now available on the website of the German Maritime Museum (DSM) / Leibniz Institute of Maritime History at www.dsm.museum/meteor. "Researching at Sea" is based on interviews conducted by director and author Jens-Erwin Siemssen on board the METEOR. The ship cruised the South Atlantic off the Namibian coast for five weeks in spring 2017, investigating filaments, or molecular structures.

Siemssen, actually the director of the theater group "Das Letzte Kleinod" traveled along because he was preparing for a documentary theater play about the METEOR, which was produced in cooperation with the DSM as part of the Year of Science "Seas and Oceans." The radio play is therefore already the second collaboration between the theater and the museum. Siemssen spoke with the crew and researchers on board about scientific work on a research ship and recorded the conversations. The interviews were used to create the radio play, which complements the existing exhibition content on the topic of research shipping. During the museum's corona-related closure, the audio clips "Ocean," "Sailing," "Research," and "Life" are additionally available as a digital offering. They take listeners through all levels of a research ship and tell of the turbulent everyday life at sea, during which an expensive measuring device can sometimes get lost at the bottom of the sea.

In December 2020, four actors recorded the documentary texts on board the HEINCKE in Bremerhaven's fishing port. The dialogues show the "human, other side" of research shipping and could thus have been heard on board any research vessel and at almost any time. "We were able to produce the radio play in the way we prefer to realize our theater plays - at the scene of the original events. The fact that the production could be created on board a research ship is what makes this project so appealing," says Siemssen.
"Research at Sea" is a joint project of the theater group "Das Letzte Kleinod" and the DSM. The artists' group is actually based at the historic train station in Geestenseth - between Bremerhaven and Bremervörde. From there, it travels all over Europe on rails in the Ocean Blue Train to perform plays.
The production was realized with funds from the NEUSTART KULTUR program of the Federal Commissioner for Culture and the Media, which supports pandemic-related investments and projects in various cultural sectors. 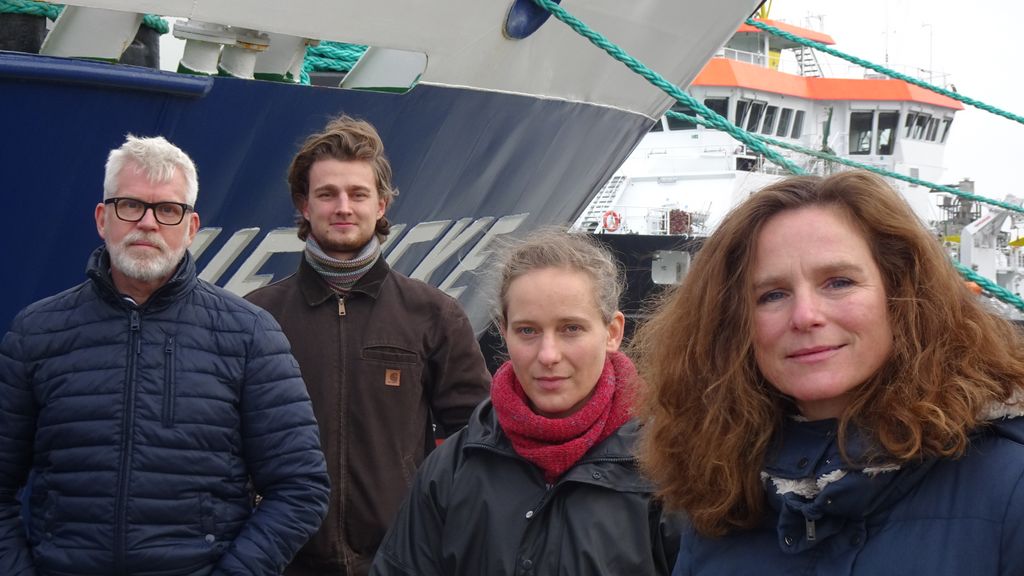 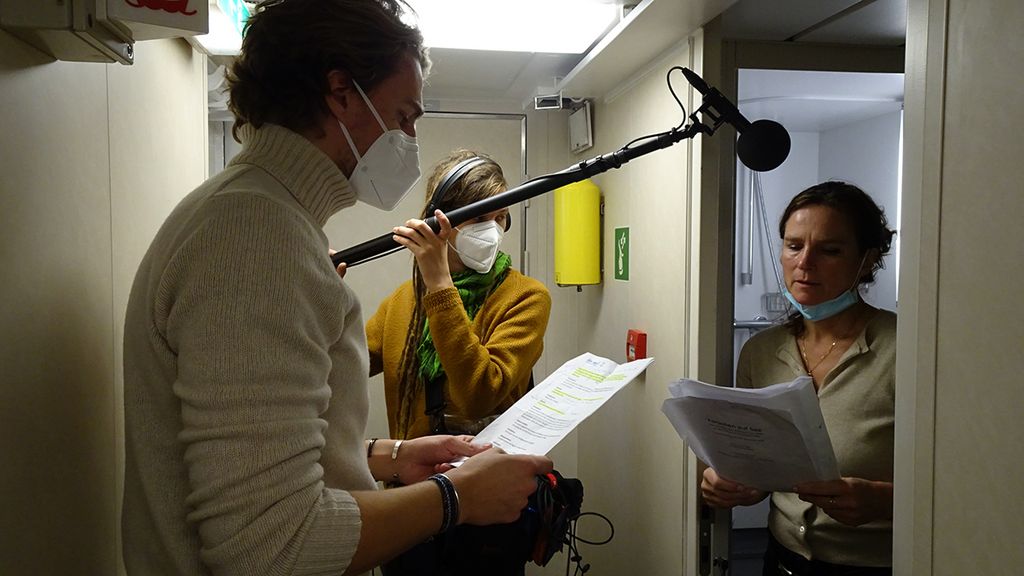 Recording on board with Victor Natus and Michaela Hinnenthal (left)

Radio play recorded on location - aboard a research vessel.