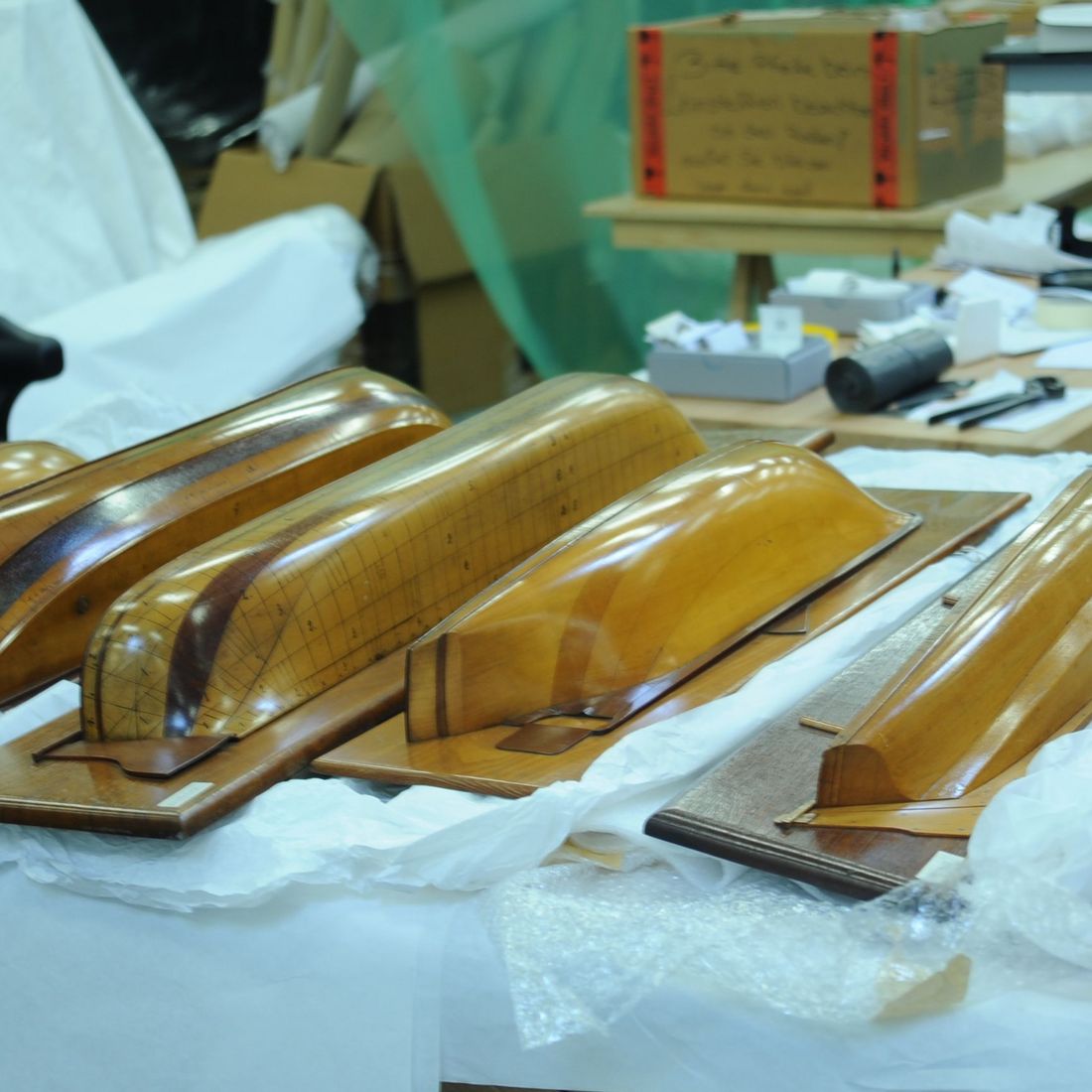 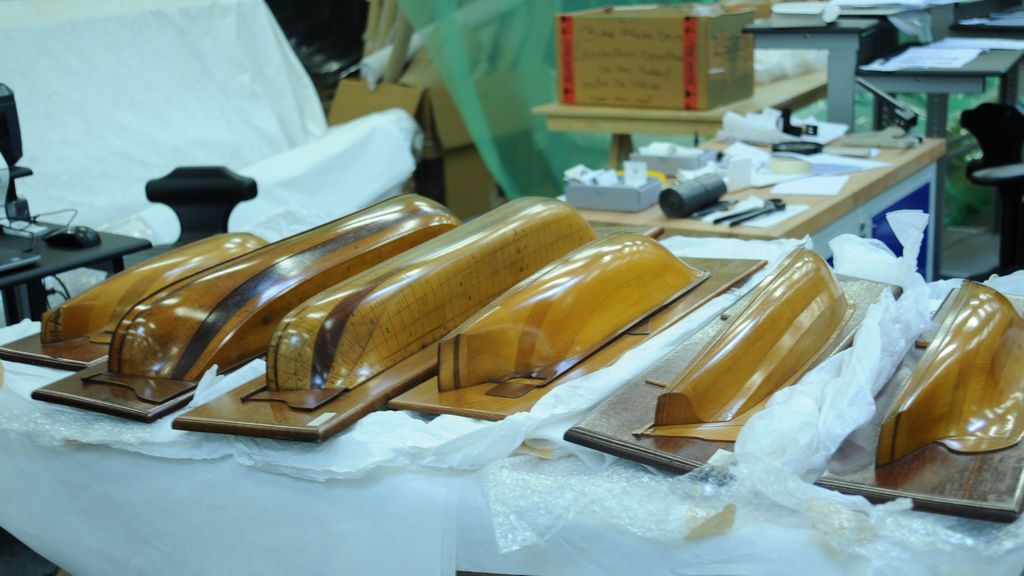 Extraordinary situations such as the Corona pandemic present museums with new challenges, and digital services are becoming increasingly important. The German Maritime Museum (DSM) / Leibniz Institute for Maritime History has been working on the digital design of objects and exhibitions ever since. Now the museum offers interested visitors a view of newly scanned half-models of ships. The digital exhibits tell exciting stories about shipbuilding around 1900. How did the digitalisation of the half-models turn out and what kind of stories are hidden behind them?

Dennis Niewerth is a scientific officer for Digital History and Digital Heritage at the DSM. As project manager, he has pushed the digitisation of half-models of the Junge Werft shipyard at the DSM. The basis for this was the approximately 60-part coherent stock of the shipyard, which was operated as a family business in Wewelsfleth an der Stör from 1859 to 1918. The shipyard mainly built smaller cargo ships, fishing vessels and service vessels.

Part of the DSM's digitisation strategy is to capture objects from the collection in such a way that they can be experienced in three dimensions. Prof. Dr. Ruth Schilling, scientific exhibition and research coordinator at the DSM, considers this to be extremely important: "We are in the digital age. Museums as part of this society must reflect on how to rethink their exhibitions from purely analogue to hybrid exhibition forms with real and virtual objects". In this respect, the half-models digitized at the DSM are a beginning to make the collection visible outside the exhibition area.

Using photogrammetry software, Dennis Niewerth's team succeeded in creating 3D models from two-dimensional images. First they took pictures with a camera, which they then recorded from different perspectives around the model. In a further step, the photo series were fed into the photogrammetry program, which filters out certain features from the image material. The more such irregularities there are in the image, the better the software can calculate where the camera was in relation to the object. This is crucial for 3D digitisation. In several hours of calculation through two further work processes, a pattern of many small triangles finally turns into a three-dimensional model. Using a 3D browser environment developed by Tobias Fiedler, former student assistant at the DSM, these can now be experienced virtually. The advantage of the web formats, as well as the future integration of the digitised material in the permanent exhibition at the DSM, is that it can be viewed with a much broader perspective.

The academic curator Dr. Marleen von Bargen and the student assistant Deike Reddig have intensively studied the stories behind the half-models. In doing so, they were able to draw on research by the shipping historian Herbert Karting. "That was real detective work," says Reddig. Many ships were called either Mathilde or Margarete in those days, so it was necessary to take a very close look at the ship registers. The history of a ship can then sometimes be traced from beginning to end. "Some ships that come from the shipyard have exciting life histories," emphasises von Bargen. Some of them suffered shipwreck or were considered missing. Still others were to be used in the Second World War. But many a ship also had a decades-long career as a cargo ship with many conversions and modernisations behind it until it was scrapped.

The half-models therefore not only show something about shipbuilding aspects and developments, but also touch on larger contexts. The biographies of individual ships provide examples of the many ways in which ships have been used as a basis for work and economic activity in the maritime world. With this complexity the half-models are not only interesting for shiplovers and shipbuilding enthusiasts in general. The topic also offers exciting insights for people who are generally enthusiastic about culture, as they show at a glance that ships are much more than just watercraft, but also provide access to the role of the ocean as a space for experience, memory and innovation.