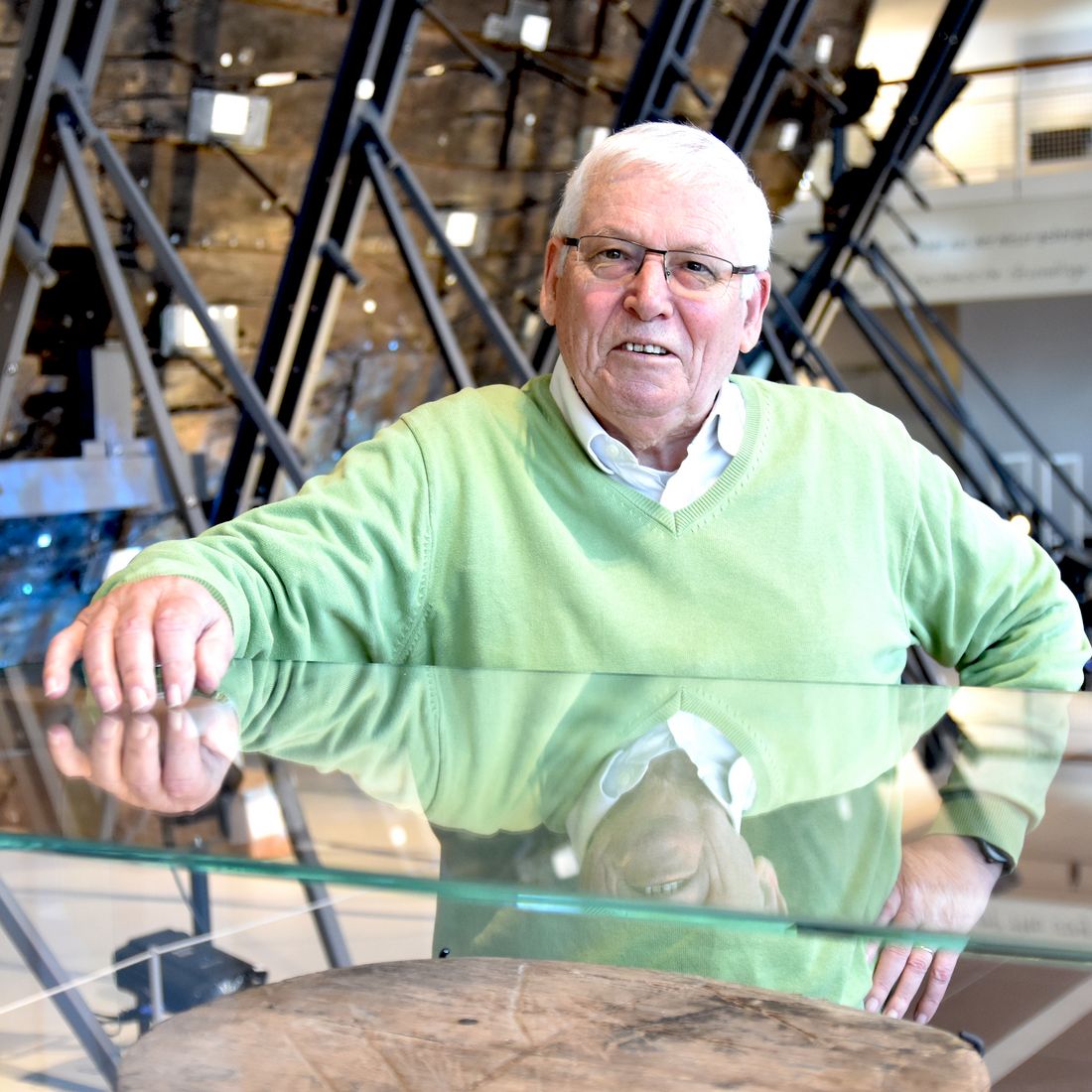 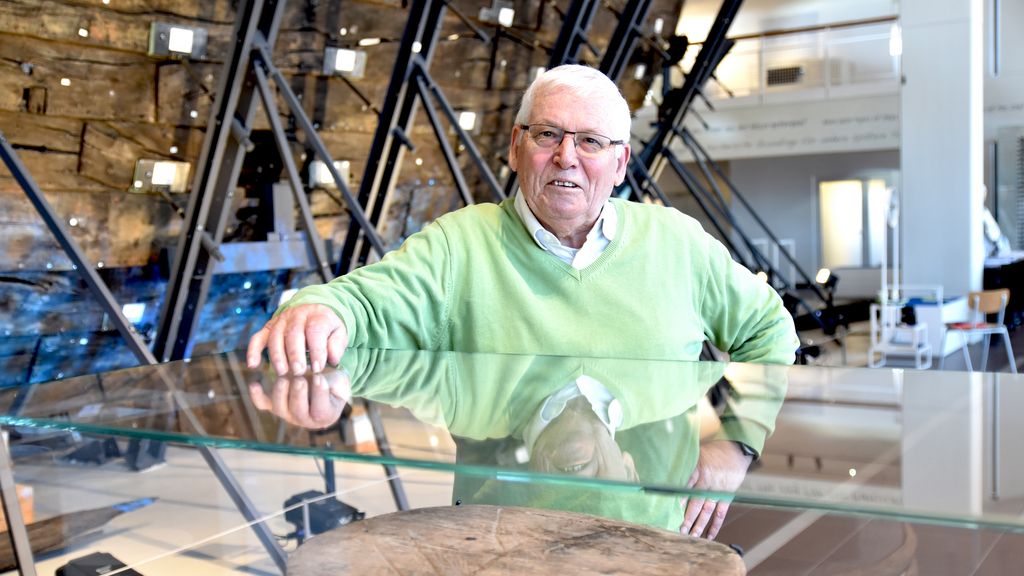 Former German Maritime Museum director receives federal award Zealous networker, museum man with heart and soul and hands-on raftsman - Hans-Walter Keweloh fits many descriptions. By chance, the former director of the German Maritime Museum (DSM) / Leibniz Institute for Maritime History stumbled upon the ancient craft of rafting as a young research assistant during a project on pre-industrial watercraft - a groundbreaking coincidence that will earn him the Federal Cross of Merit on July 22, 2021. The award ceremony takes place at the DSM - where it all began.

Hans-Walter Keweloh strides purposefully to the stern of the cog, his gaze scans the planks inquiringly and sticks to a notch: "These are raft marks," says the historian and folklorist, who has been researching how wood came to villages and towns by water for more than 50 years.

It's just one tiny trace among many. Keweloh uncovered thousands throughout Germany that helped bring new awareness to the old craft and brought cross-border attention. The wooden harbor in Bremerhaven? Waterways in Berlin? Logs used to float there. To Berlin until 1974. "The last Rhine raft was underway in 1967, I really should have seen it in Bonn. I started my studies there in 1966," muses the Rhinelander with the elephantine memory, and you think you can hear a hint of melancholy in his voice at having missed the memorable moment.

In 1979, as a research assistant at the DSM, Keweloh started a project on pre-industrial water vehicles on the Rhine, and in the process he happened to come across rafting as an important branch of the economy: urban development and rafting, they belonged together. The truck gradually replaced the ancient transport system, and in large parts of the republic it was forgotten altogether. Keweloh catapulted it back into the German and European consciousness: since 2014, rafting has been on the first nationwide list of the German UNESCO Commission as an intangible cultural heritage.

When Keweloh applied for a permanent position as the person responsible for the department of navigation in the Middle Ages at the house in 1982, his life's theme was already born and the idea for the exhibition "Rafting in Germany" was firmly anchored in his mind as a vision. At the time, rafts played no role either in Germany or in the DSM. The opening of the show in 1985 symbolically marked the start of a movement. A rafting delegation traveled in person from Lenggries in Bavaria to bring their club's flag to the North Sea on loan. A hearty welcome in lederhosen and stopsel hats clashed with a restrained Hanseatic attitude. The media were enthusiastic about the forgotten tradition. In the south, the few isolated rafting communities took notice when people in Bremerhaven suddenly started talking about their craft. The DSM exhibition quickly went on tour to Stuttgart, to the Black Forest and from there to Heilbronn, as well as to Königswinter on the Rhine.

"One should bring the rafting researchers together," the rafting experts mused a little later and, together with Keweloh, devised a conference that was to become the birth of the rafting days. "At that time, only a handful of people met - today there are up to 250 men - and women. Museums were formed and the scattered clubs got to know each other and networked. Over the years, we brought about 2,000 people together in this way," says the Bremen resident by choice, who has held various positions as a result of his tireless work: Chairman of the German Raft Association, Vice President of the International Association of Timber Raftmen and, from 2000, DSM Director for five years.

A hand's breadth of water under the keel - a life and family motto. The Kewelohs and their three children know the German rivers. When the five of them were not on the Isar, Saale or Weser, the offspring distributed boards in the garden at home, imitated rafting and practiced standing firmly on the boards. The important thing was not to miss and go overboard.

The raft expert then allowed himself a misstep: from a small tourist raft, about eight meters long, on the Alz at Lake Chiemsee, he fell into the water. In the past, rafts with a length of 360 meters and seven layers of wood were not uncommon. Laughing, Keweloh pulls up his left trouser leg a bit and points to the permanent scar, which he likes to live with.

What remains are new associations, lifelong friendships and recognition at the highest level - rafting is not just water and wood.

The prospect of receiving the Federal Cross of Merit was his best Christmas present, says the 74-year-old. "I was just as happy when, after Easter, the news came of the joint application for recognition as a UNESCO Intangible World Heritage Site." When asked where he would like to receive the honor on July 22, he didn't hesitate for a second: "Of course at the DSM, where it all began." In addition, he can look forward to entering new museum territory: The ceremony will take place in the recently inaugurated research depot. 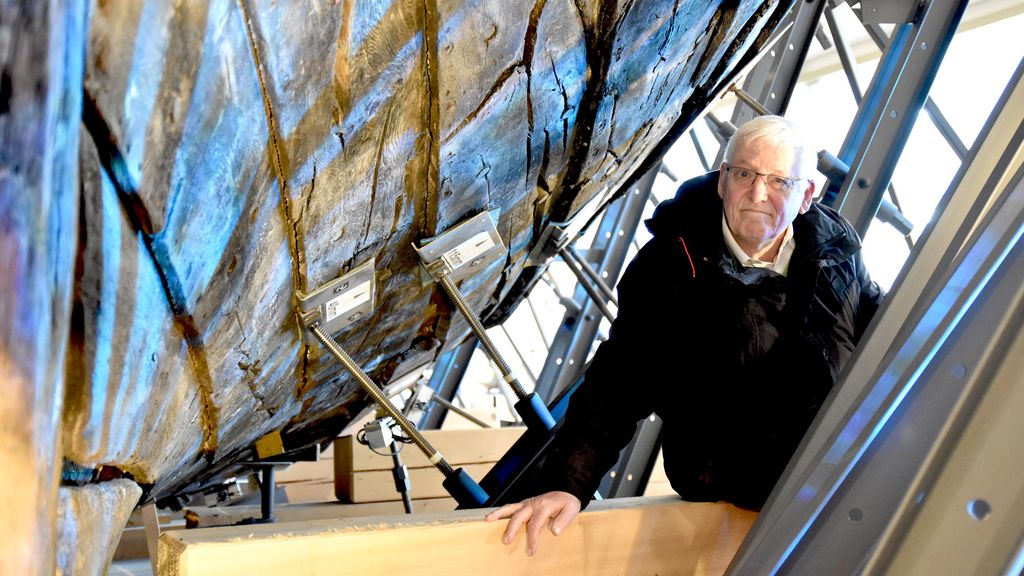 Hans-Walter Keweloh, raft expert and former director of the DSM, in front of the cog.