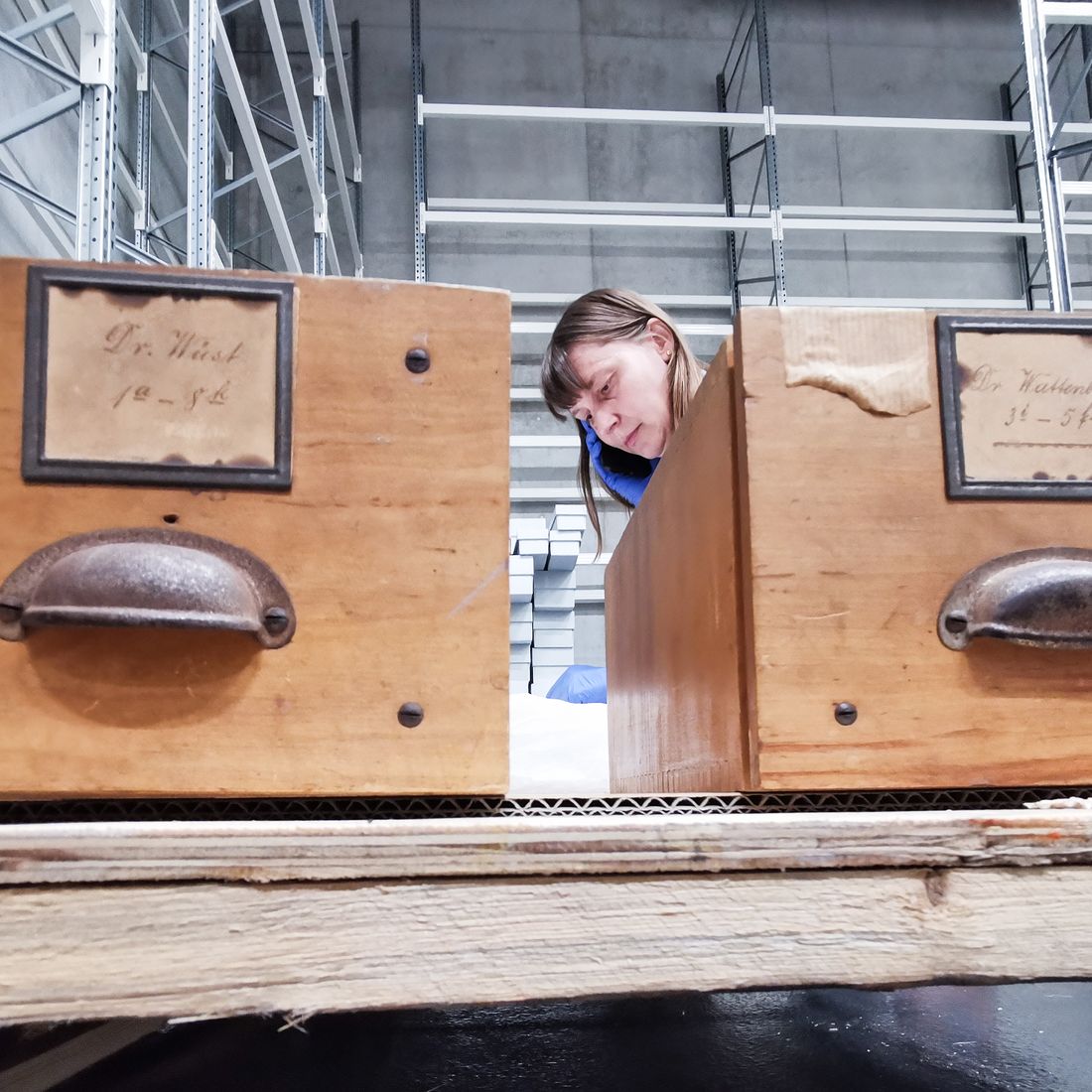 A window into the history of marine research expeditions

A window into the history of marine research expeditions

Almost 100 years after the German Atlantic Expedition with research vessel METEOR I, the German Maritime Museum receives original photographs of the voyage as a donation from GEOMAR Helmholtz Centre for Ocean Research Kiel. The negatives, which are available on glass plates and photographic film, are now being digitised and presented as part of the museum’s permanent exhibition. They provide direct insights into the history of research shipping.

Twelve inconspicuous wooden boxes have recently been placed in the study area of the research depot. They hold a small sensation. DSM curator Dr. Ulrike Heine puts on gloves, reverently opens a box and takes out a thin paper letter. Carefully, she pulls out a glass plate and holds it up to the light. In the slightly blurred miniature scene, men - obviously in heavy seas - can be seen with measuring instruments on board the METEOR I. "The research vessel METEOR was underway from 1925 to 1927 for one of the most important expeditions of the 20th century: the German Atlantic Expedition," Heine knows. During the 777 days of travel, the scientific crew crossed the South Atlantic 14 times, conducted 67,000 echo soundings and more than 1,000 balloon and kite ascents. Posterity owes the oceanographic enterprise the first depth profile of the Mid-Atlantic Ridge - a submarine mountain range - and a cartography of the South Atlantic.

For the DSM, the photographic convolute is a valuable cultural asset, a direct window into the history of exploratory navigation. "Today, there are live feeds to research vessels and updates on social media channels. Back then, it was photographs and the first moving images that documented publicly funded expeditions and made them available to the public. We are looking here at important milestones in science communication in the field of marine research," says Heine. The 1400 negatives on glass plates and photographic film now show life on board, the use of the then-new measuring technology and the shore excursions of crew and researchers. The photographs were taken by the scientists and some higher-ranking crew members themselves. They meticulously documented procedures on board and thus created important documents of this expedition.

The voyage of METEOR I was historic in two ways: scientifically, because the transition from descriptive to physical oceanography is visible, and politically, because the Weimar Republic wanted to use the expedition to regain its international profile after World War I. The expedition was also an opportunity for the Weimar Republic to make its mark on the world. The METEOR I dropped anchor in former German colonies in West Africa and sailed to areas in South America where Germans living abroad lived. The shore excursions were also extensively documented by the amateur photographers. "In this way, the photographs also reflect colonial revisionist aspirations of the Weimar Republic," said historian and director of the DSM, Prof. Dr. Ruth Schilling.

Before the wooden boxes came to the DSM, they had probably been in Kiel since the mid-1940s. There, a short inventory was created and individual images were used for publications. With the acquisition as a donation, the DSM can now digitize the photographs, make them publicly accessible and store them professionally in the new research depot.

Museum curator Heine now needs a detective's intuition: "I want to find out what specifications were used to take the photographs, whether the meticulously labeled collection is complete, and how the boxes came to Kiel. The assumption: the German oceanographer Georg Wüst (1890-1977), whose name is written in old German script on one of the boxes, sailed on the METEOR I and took charge of the oceanographic work on board. After the expedition, he evaluated the data at the Institute of Oceanography in Berlin. When the Berlin facility was destroyed during World War II, the researcher presumably took the image carriers back to the Baltic Sea city to the Institute of Oceanography at Kiel University, one of the facilities that later became today's GEOMAR.

"I am very grateful that these precious historical documents are being made accessible and preserved by experts in the best possible way," says Prof. Dr. Katja Matthes, Director of GEOMAR. "Not only to us, who today continue to discover and explore the ocean on state-of-the-art ships with state-of-the-art instruments, do these recordings promise exciting insights into life and scientific work on board. They are also important testimonies that call for a critical examination of the history of German and Kiel marine research," Matthes said.

"The photographs represent a significant addition to the field of research shipping, which plays an extraordinarily important role in our collection ", emphasizes DSM Director Schilling. The original diaries of METEOR captain Fritz Spieß, a model of the ship, as well as an extensive photo album and an inventory book of the expedition already belong to the museum. "In the inventory book, the complete equipment is documented right down to the photographic technology, which allows many conclusions to be drawn about the glass plates and photographs," explains Heine, who holds a doctorate in cultural studies and has already focused on the history of photography in earlier projects. A collection of photographs from the deep-sea expedition of the VALDIVA in 1898-99 is in the collection of the Museum für Naturkunde in Berlin. There is a lively exchange with colleagues in Berlin on questions of storage, conservation and digitization of the glass plates. The cataloguing of the METEOR photographs is a continuation of the research on the German Atlantic Expedition at the DSM, which has a long tradition.

An important part of the METEOR photographs will be on display in digital form together with the captain's diary in the new permanent exhibition. By 2025 at the latest, the public will be particularly interested in these documents. Then the expedition, which provided important foundations for Atlantic research, will be exactly 100 years ago. 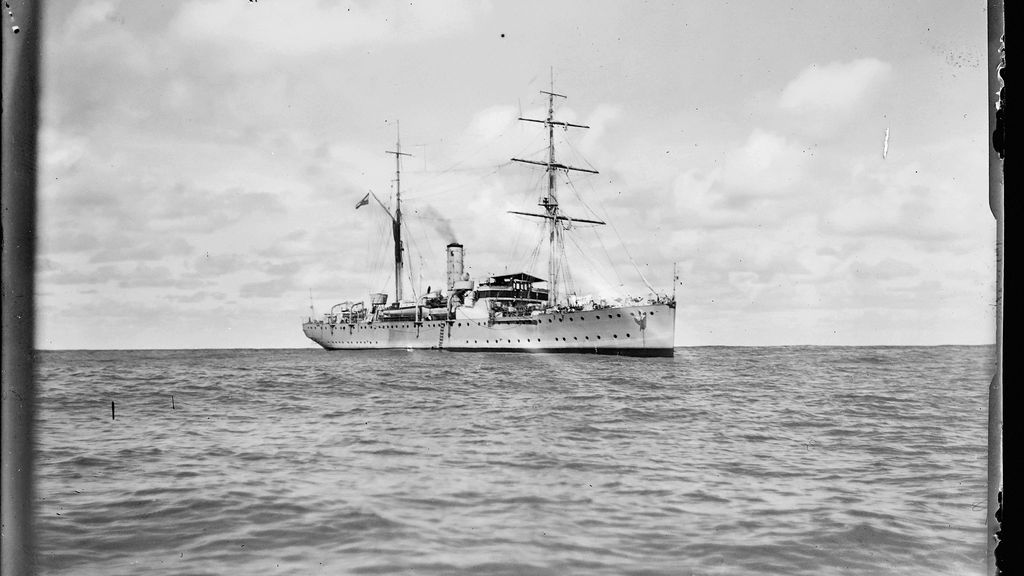 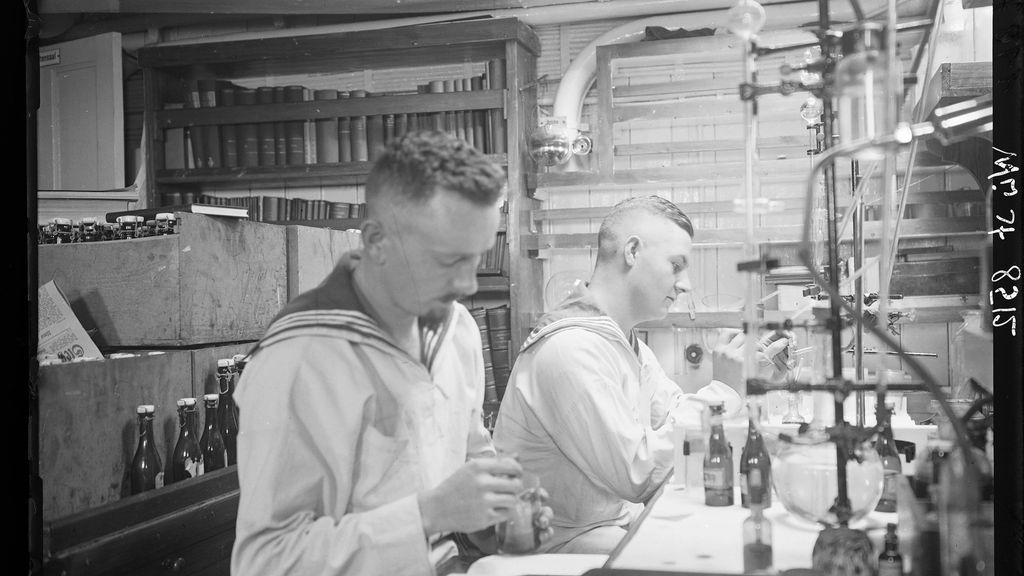 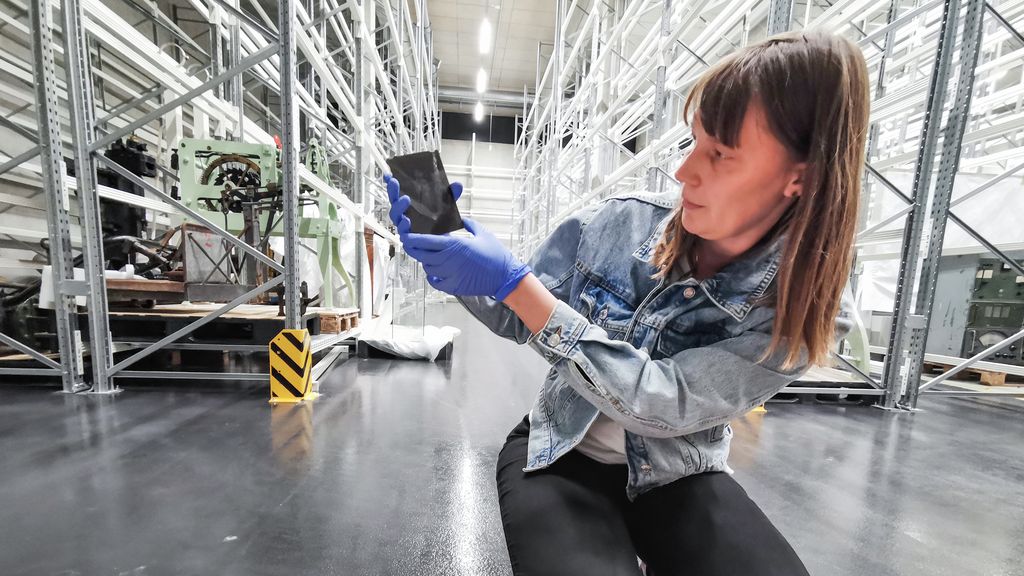 Dr. Ulrike Heine looks at the glass plates of the German Atlantic Expedition. 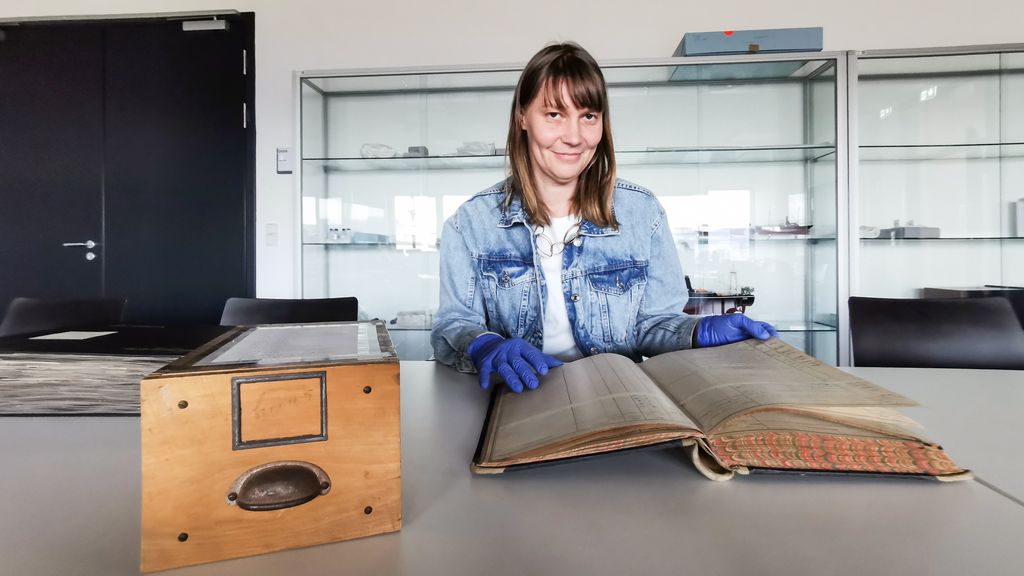 Dr. Ulrike Heine leafs through the inventory book of the German Atlantic Expedition, for which the METEOR set sail in 1925.

Twelve inconspicuous wooden boxes stood for a long time in the Geomar in Kiel, now they have been given to the DSM. 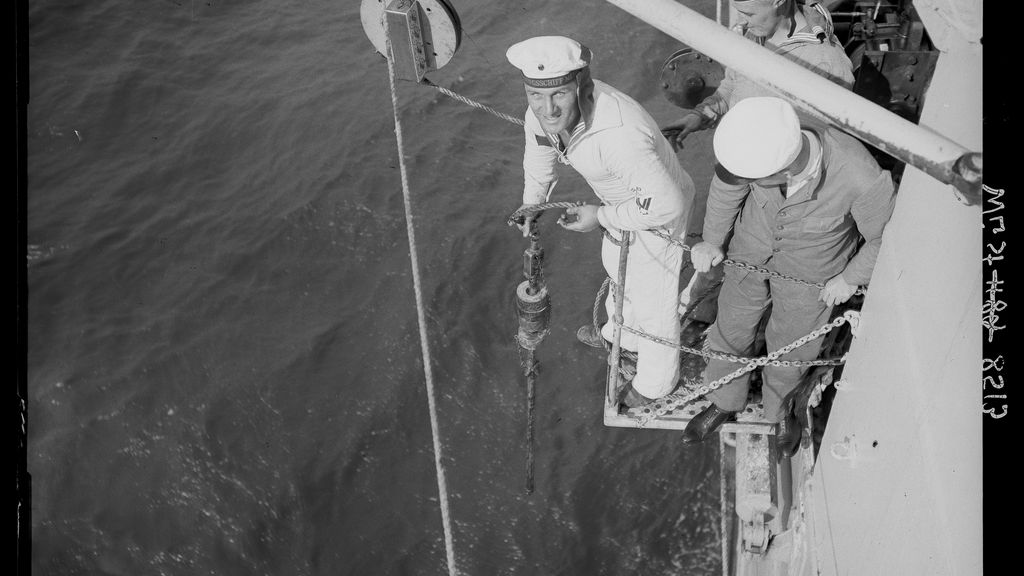