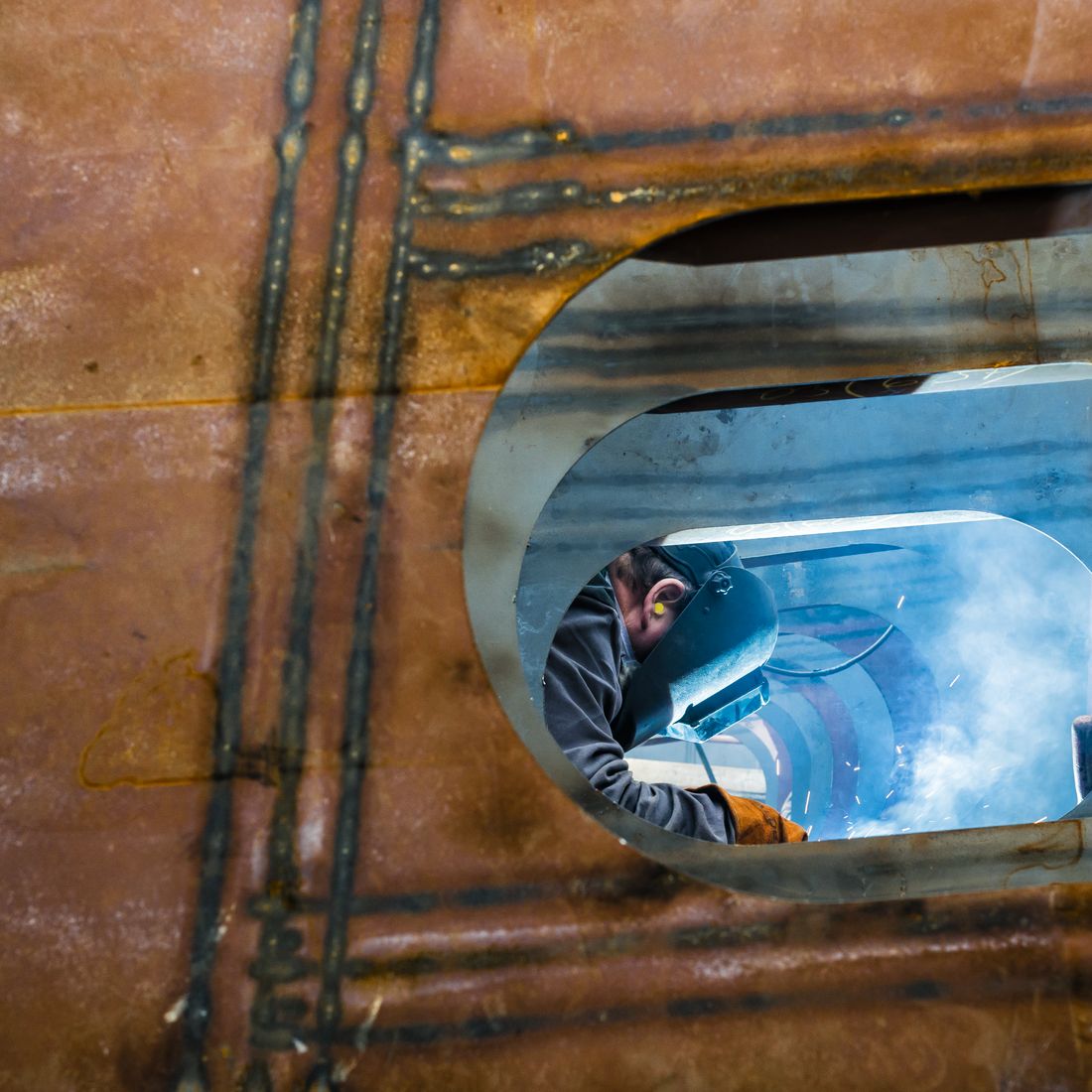 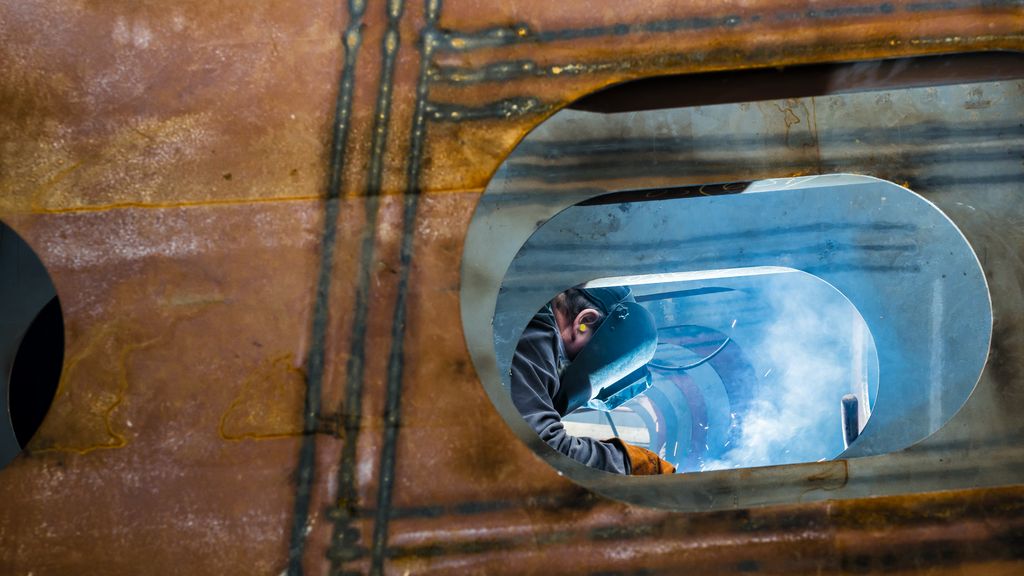 Maritim 4.0 - The future of work in shipbuilding?

Maritim 4.0 - The future of work in shipbuilding?

Ships are highly complex and cost-intensive products, which are often only produced individually in very specific production systems. As a result, shipbuilding has long been a craft industry and automation has been limited.

Nevertheless, shipyards are also making efforts to exploit the potential of networked processes and integrate digital applications into their production. Nevertheless, there are possibilities to integrate digital applications into the processes at shipyards. The opportunities and challenges of Industry 4.0 are also controversially discussed in the maritime industry. The German Maritime Museum has dedicated itself to the topic with a World Café and a panel discussion and will be discussing it along the following key questions on 30 October 2018:

Here you can find more information about the theme Digitalisation in shipbuilding.

Summary of the panel discussion

Germany as a shipbuilding location in global competition

Shipbuilding is an industry in which many activities are still performed manually. In Germany, ships are usually built as individual orders or, at best, small series. The automation of processes is difficult because only a few standardized parts can be used. Nevertheless, the use of digital applications can certainly already be found in shipbuilding, e.g. for the networking of specialised activities at different locations, which in turn allows synergies to be exploited. In principle, it is important to strengthen Germany as a location compared to Asia (Japan, Korea and China), which dominates in freight shipbuilding. Since the structural changes of the 1970s, Western Europe has focused on niche products in specialty, passenger and naval shipbuilding and specific areas of a global process chain. Today, Germany is the No. 1 supplier country for individual parts that are processed abroad and will thus be able to keep up with the global competition in shipbuilding. Digital and technical know-how is essential for this.

A ship today is absolute high technology. Metallurgy and welding techniques have developed greatly. Ship's hulls today are several centimetres thick and made of high-strength steels. The welding technology required for this is considered the "supreme discipline". Shipbuilding is not technologically inferior to other industries; it is currently poorly marketed. Shipbuilding can be used by skilled workers as a springboard for other industries, such as aerospace.

Craft and industry in general and shipbuilding in particular are characterised by physically demanding activities which are often not popular with trainees and skilled workers. This is reflected above all in a decline in the number of applications and in the fact that trainees are less well prepared for manual work. Work in shipyards and repair yards is carried out under tough conditions. It can be wet, cold and physically strenuous. But even in the 1960s and 70s young people were accused of not wanting to work under these hard conditions. The current shortage of skilled workers is currently being compensated by the use of skilled workers from other European countries (mainly Eastern Europe).

The increasing academization of society is often at the expense of the training occupations for well-qualified skilled workers. To counteract this, media education concepts would have to be developed that can be used in a targeted manner in schools to make qualified training occupations more attractive. After all, the introduction to craft and industrial work should begin at an early stage and not be exhausted in the handicraft lessons. In fact, digital applications are preferred over manual activities in the classroom nowadays, which certainly increases a digital affinity in children. The decision for or against a craft profession is strongly influenced by this. However, craft professions are also increasingly integrating digital applications. Therefore, craft and digital need not necessarily be a contradiction in terms. The consensus was that the design of new occupational profiles should be a joint effort by employer and employee representatives, the state and schools.

Networked working is a social phenomenon that also has an impact on working in the shipbuilding industry. Thus, digitisation began as a means of communication and organisation and today serves as an important instrument for the exchange between interfaces such as administration, design, logistics and production. Digitization is an instrument of rationalization and efficiency of processes. This also includes preventive measures that can improve the health of the workforce. In some cases, this change is worthwhile in such a way that larger companies set up their own IT departments.

The objectives of digitizing work processes often include - among others - two goals: 1) increasing the visibility of shared documents and 2) bringing together teams that can work together with common software, thus creating synergetic added value. These objectives should be placed at the centre of internal communication. This is because it means that employees are actively involved in the change process and are more likely to help shape it.

Digitization is a cross-cutting issue that must be tackled by business, politics and science alike. The effects on the health of employees are often disregarded. Digitization and automation offer the opportunity to reduce physically strenuous work. However, it also means that much more information has to be processed in the shortest possible time ("e-mail flood", constant availability). These developments and the people who work with them must be considered and discussed. A consideration from all sides is necessary, because digitalisation is not an end in itself.