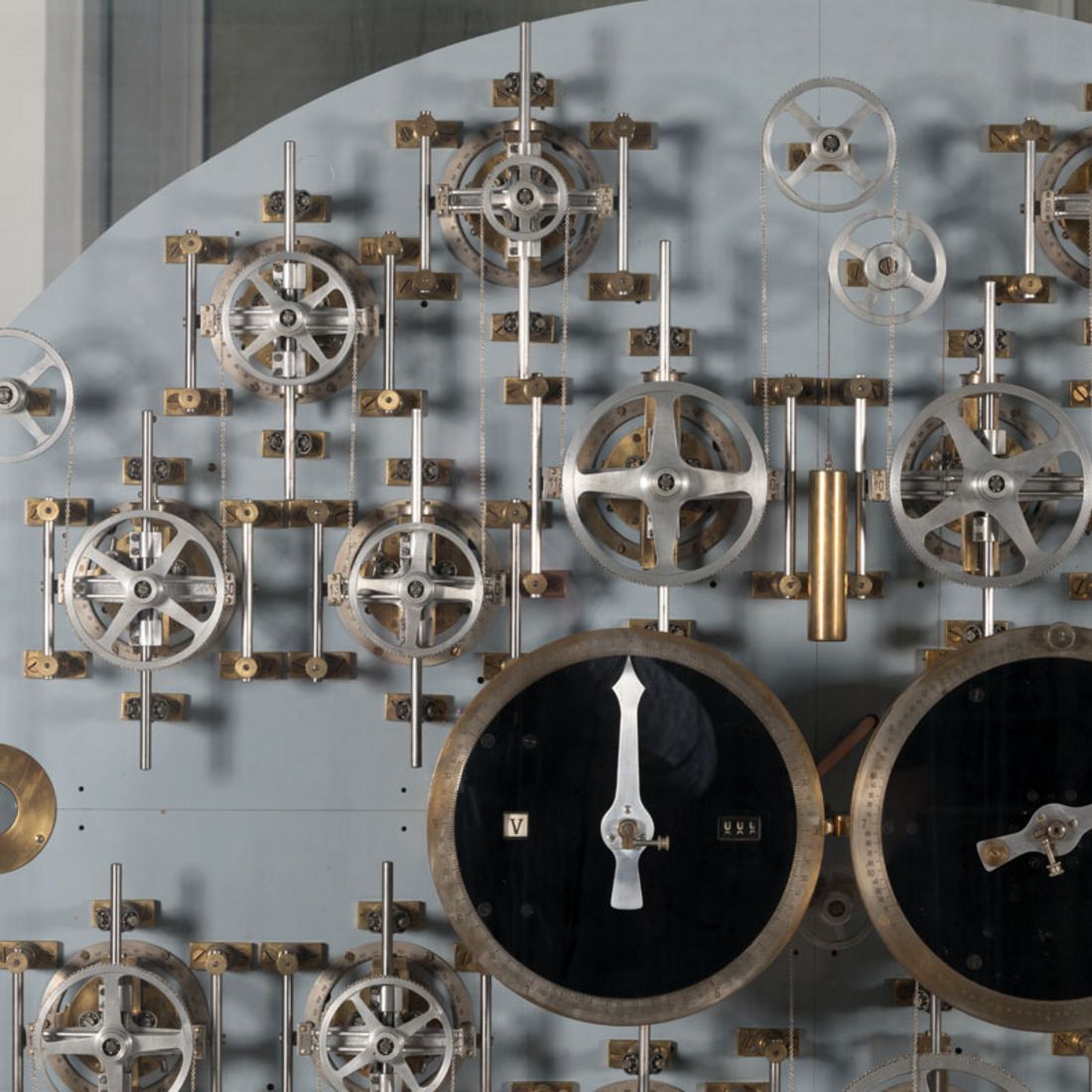 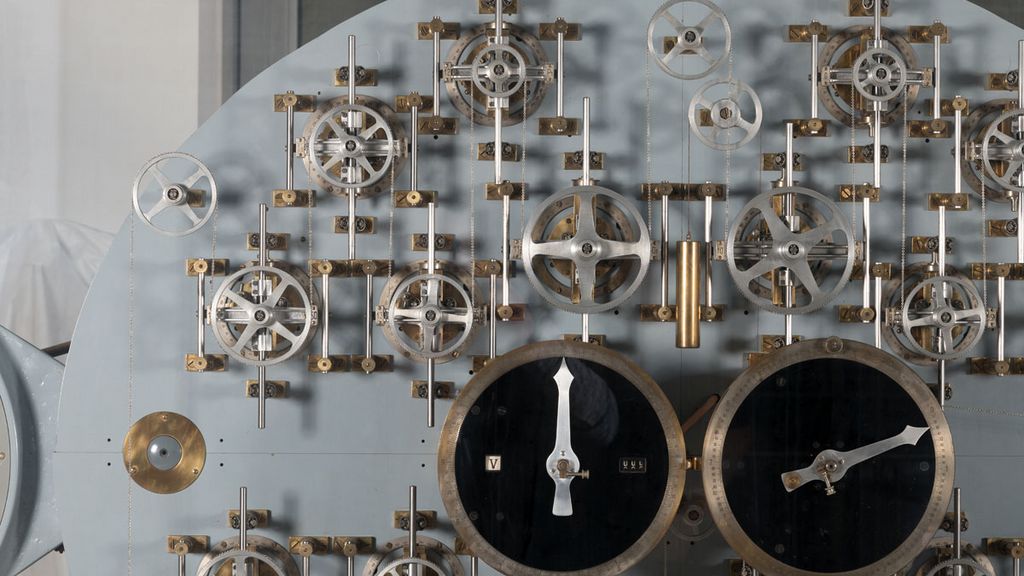 The tide calculator of 1915 was able to predict ebb and flow. The importance of tide calculation is highlighted by our temporary exhibition in the foyer

One object from the currently redesigned exhibition in the Bangert Building, which we would like to present to you, is the first German tide calculator dating from 1916.
The so-called tide calendars, which can calculate the times of occurrence of high and low water as well as the water levels in the long term, led to an improvement in navigational reliability. This, however, required complex computational work, the mechanization of which was obvious in an age of advancing technology. When access to the hydrographic data of Great Britain was lost during World War I, the Imperial Navy was forced to construct the first German tidal calculator.
Construction was carried out in 1915/16 by the workshops for scientific instruments Otto Toepfer & Sohn in Potsdam. Today the object is in our possession as well as an eight-ton tide calculator developed in Potsdam in 1955.