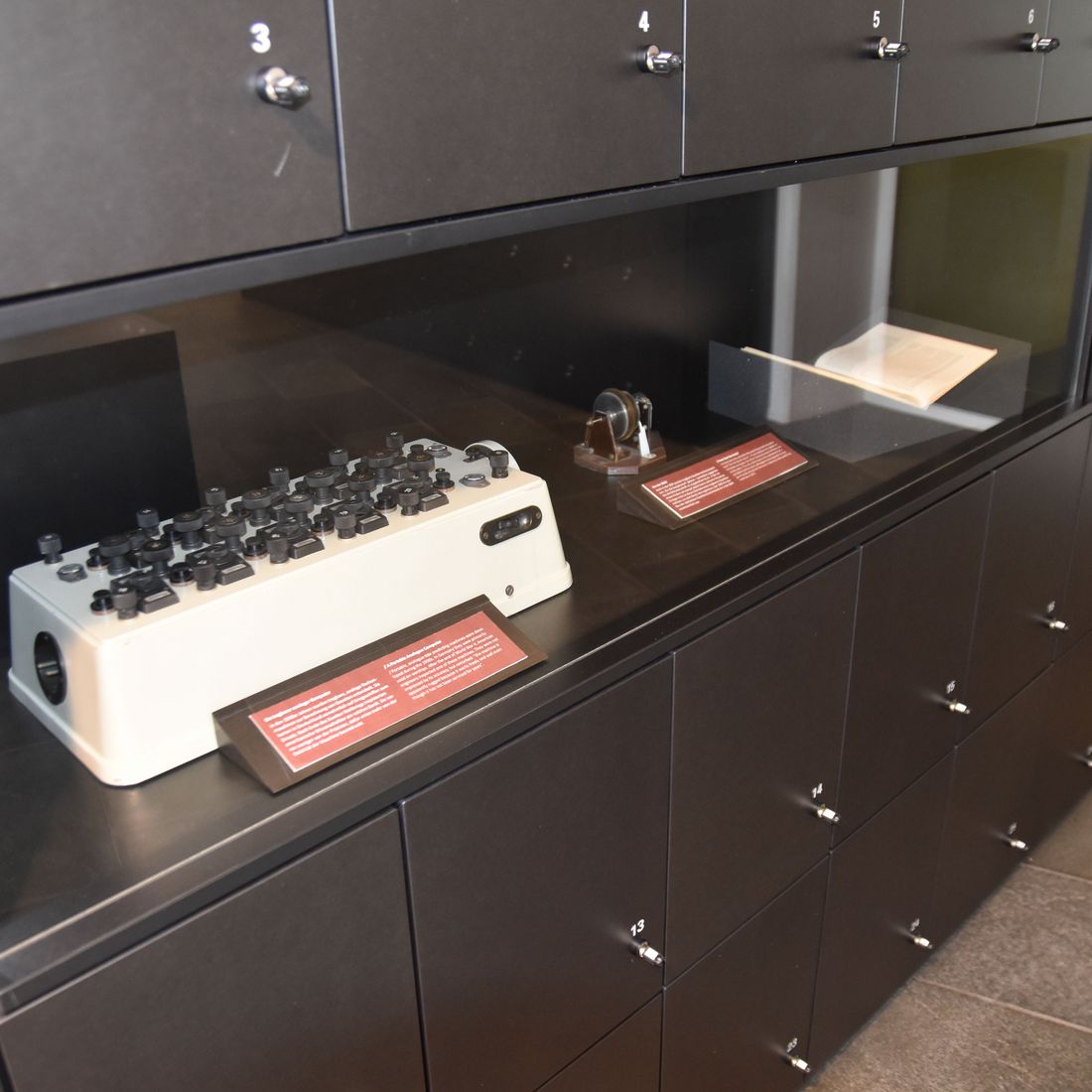 Current foyer exhibition on the subject of tides

In our foyer we currently show an exhibition about tides. What is the significance of forecasting high and low water for shipping? Who used portable tidal calculators?

Tides are one of the most important natural phenomena for shipping. At first glance they seem quite simple: at regular intervals the water level rises and falls to the same level again and again. But if you take a closer look, it quickly becomes clear that they are a highly complex phenomenon.

Until the late 19th century, it was even impossible to accurately predict the tides. Not that no one hadn't tried before: For example, in the 18th century, Isaac Newton's publisher, Edmond Halley, cited the fact that Newton's "new mechanics" provided an explanation of the tides as a key selling point. However, exact predictions were not possible on the basis of Newton's explanatory model.
The objects now exhibited in the foyer highlight the way the tides are handled. For example, a portable, analogue tidal calculator developed in Germany in the 1930s for use on warships can be seen. A facsimile of the first known calculating aid for determining water levels from 1578 is also on display: The original is kept in the library of the German Maritime Museum and can be viewed for research purposes.

In the new exhibition, the two stationary tide calculating machines are on display again: The older of these two highly complex analog computers was built as early as 1915 and could therefore be considered the first computer in Germany. The second one was built in 1955 in the GDR and reflects the increasing tensions of the Cold War: In East Germany at that time, people no longer wanted to rely on data from Hamburg, where an even larger tide calculating machine, which had been in operation since 1936, was located. Today it is kept in the Deutsches Museum in Munich, which, like the Deutsches Schiffahrtsmuseum, is also a research museum of the Leibniz Association.