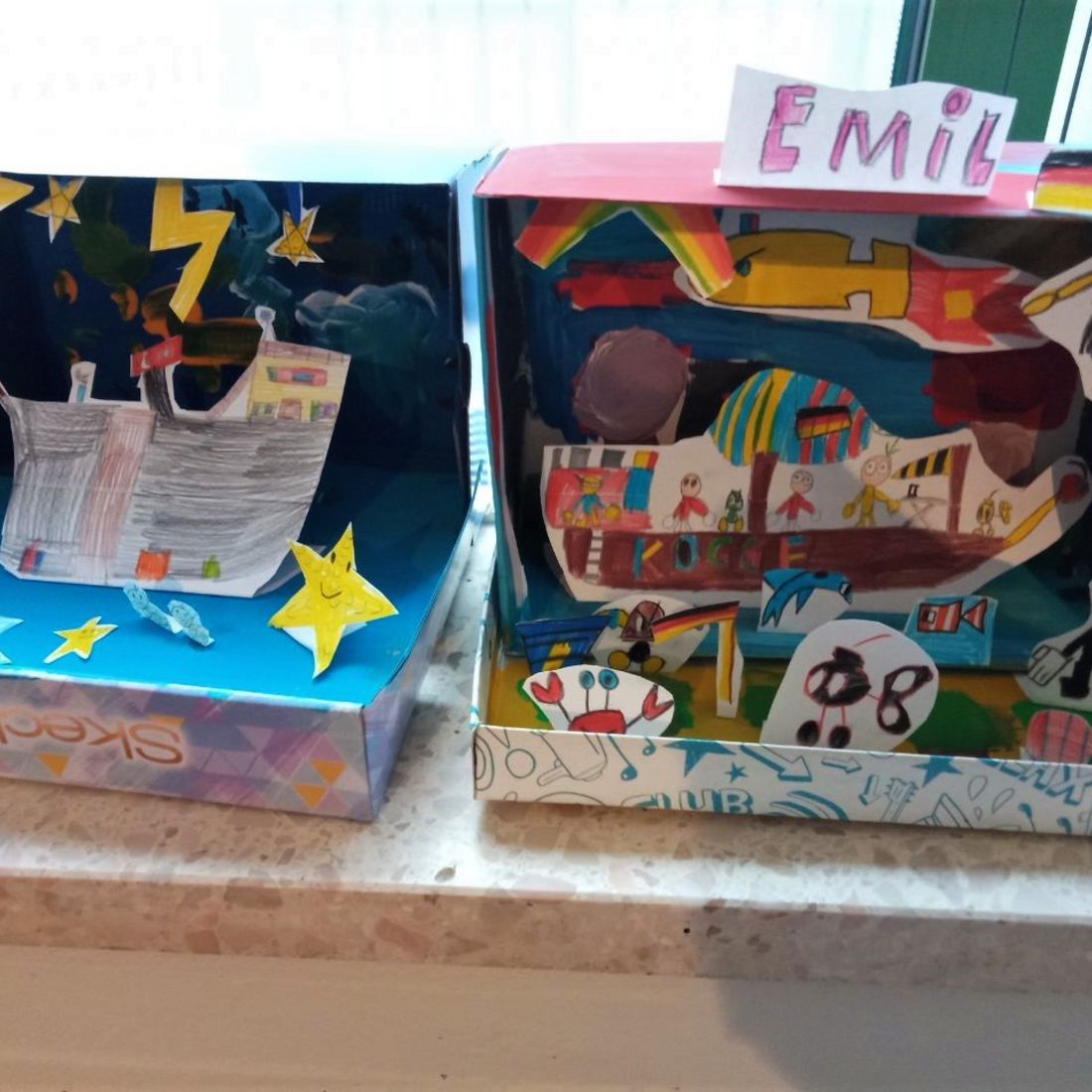 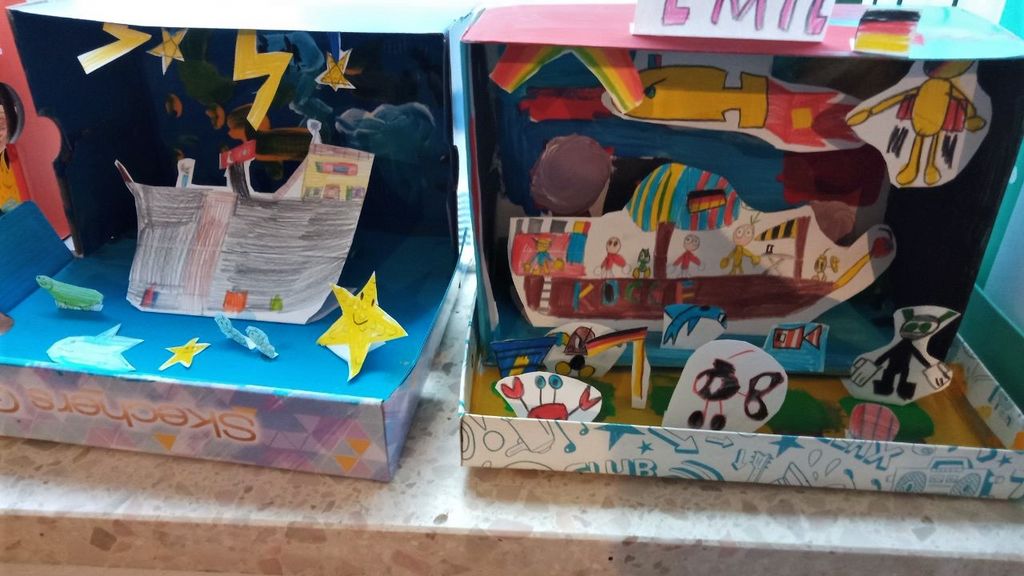 The "cog in a box" - under this motto, primary school pupils from Bremerhaven* at the Goethe School have dealt with the merchant ships of the Middle Ages in a creative way - and presented their results to their families and acquaintances in the German Maritime Museum / Leibniz Institute of Maritime History (DSM) as part of the Bremen School Offensive. Our trainee Clara Kampa about an extraordinary afternoon in the museum.

It is unusually loud in the entrance area of the Kogge-Halle. Second grade pupils* are romping excitedly in the corridors of the museum. Between screeching, murmuring and crowding, you can hear the occasional scrap of conversation. "How many years is the Kogge old? - Look at the note", a teacher encourages her pupil not to forget the text.

Two school classes will present their results on this 14th February, which they have worked out in the context of the Bremen School Offensive project at the German Maritime Museum / Leibniz Institute of Maritime History (DSM). This is a mini-project adapted to the teaching of general knowledge, in which the primary school children get closer to the museum through artistic design offers. Within eight sessions, under the guidance of Sabrina Nisius and Ruth Sommer (education and mediation), they deepened their knowledge of the cog and medieval life. Aspects such as working conditions, food and clothing were dealt with and recorded in the pupils' research folders. The project is entitled "The Cog in a Box" for a reason: the children designed their own three-dimensional cog artwork. They created their own story about the merchant ship inside a shoebox. In this way they all succeeded in presenting their interpretation of a cog story in an original and individual way. They showed storm scenarios and sunsets, rivers or oceans with mysterious islands, wondrous sea creatures and much more.

"Are we allowed to take the elevator," asks a child who has just dropped her raincoat on the colorful pile of jackets in the workroom. The excitement among the elementary school pupils* is great, because they are about to give their own tour. They have developed these in the course of the project and can thus give the invited family members and friends an overview of the exhibition contents.

It starts. The first group has placed itself in front of the cog and reads out the sentences written on pieces of paper one after the other. "The cog is a sailing ship from the Middle Ages", the first voice sounds. "It is six hundred and forty years old". The year was pronounced correctly, phew! The initially quiet, uncertain voices cannot always be clearly understood. Reading in front of a larger audience - that is an exciting experience for many of the children.

The guests are gradually guided to selected stations of the exhibition. A girl points to a display case containing sulphur and explains to her adult companion "It really stinks". She is nodded in agreement.

On the upper floor, the children explain what clothes people wore in the Middle Ages. "The clothes in the Middle Ages were made of wool". "The clothes were not as colourful as they are today" "A practical headgear is the Gugel."
"Does everyone know what a Gugel is", Ruth Sommer asks the assembled crowd. Many children's voices say yes. "Do the adults know that too?" A "no" from the triumphant students sounds out loud. Fortunately, there is illustrative material for this. For example, a child is given a bell. The hooded headgear is now familiar to most people.

Finally the presentation of the developed materials begins. The research folders and cog art works are now released to the visitors. Adventurous and idyllic shipping stories can be marvelled at, which will also be shown in the school afterwards.

The project was financed by the Bremen School Offensive. For 20 years, the association has enabled extracurricular projects in the fields of art & culture, music, language development and sports.  Two years ago the support was extended to Bremerhaven. Among other things, projects of the DSM are financed through this. In addition to the project for primary schools, which is highlighted here, there are further offers for all age groups. The offers can be viewed on the homepage of the school offensive: www.bremer-schuloffensive.de/bewerben-kunst-kultur-brhvn.htm. If interested, all teachers are cordially invited to apply with their class. The application is made directly to the Bremen School Offensive.

If you have any questions about the projects at the DSM and specific adaptation options for the respective classes, please contact Sabrina Nisius (Nisius@dsm.museum) or Birte Stüve (Stueve@ 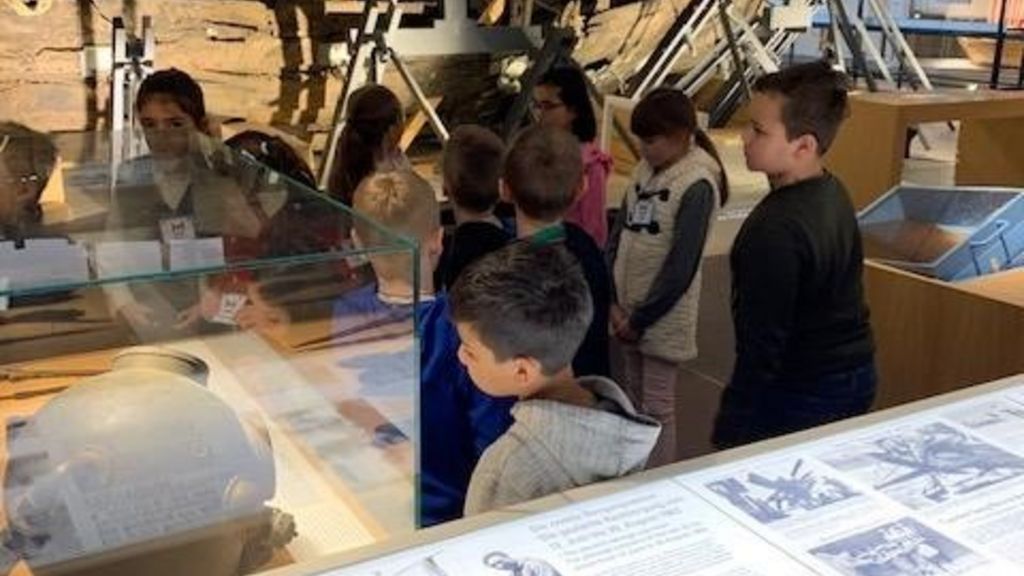