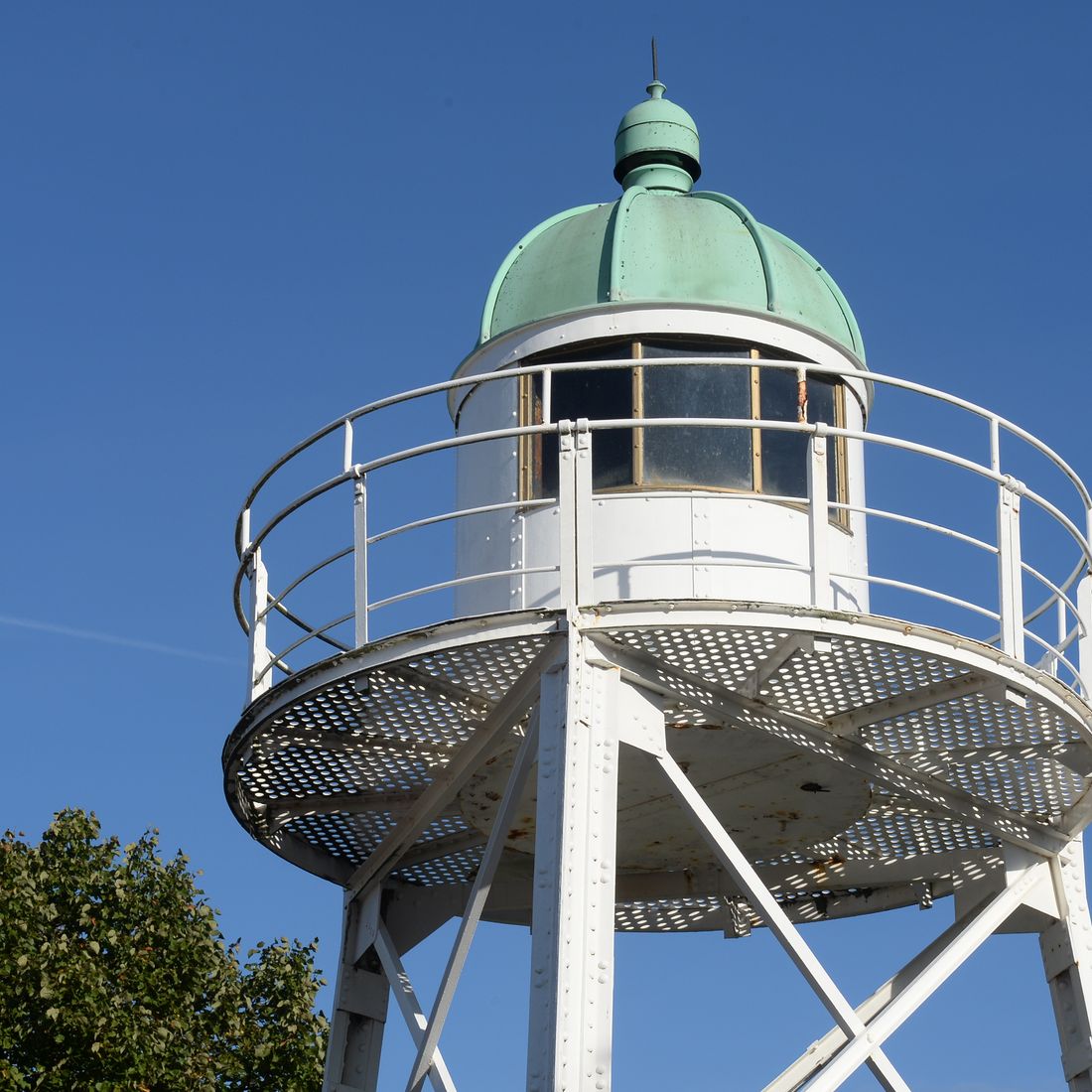 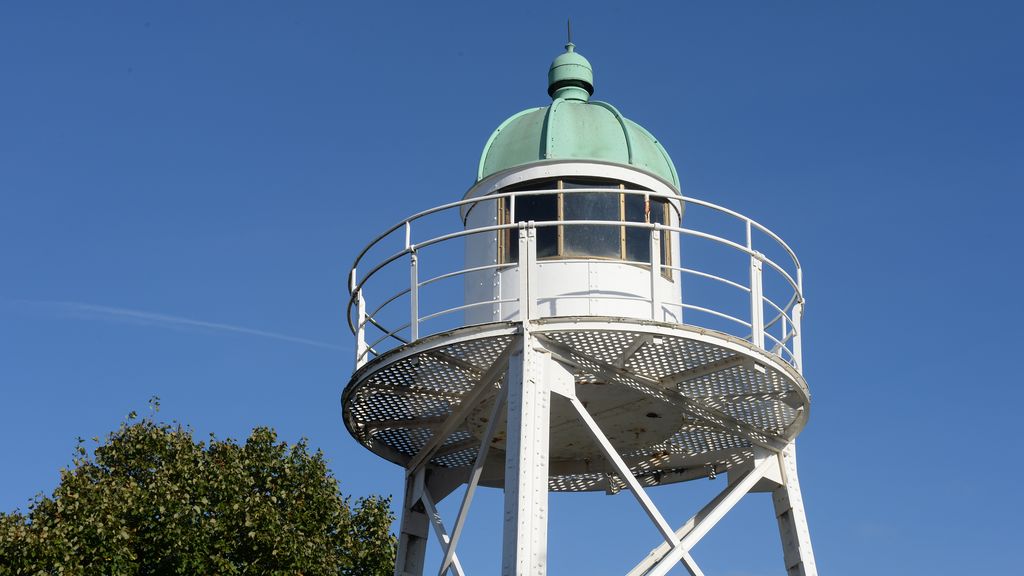 The navigation mark "Unterfeuer Sandstedt" was built in 1898 and stood on the dike near Sandstedt until 1981.

It is 11.30 m high, stands on a three-legged base, has a round platform and a green light cap; it is typical for the beacon construction at that time at the Unterweser.

The front light belonged - like the rear light Sandstedt, which stands there till today - to a chain of beacons, which were installed at the lower Weser from 1896 to 1898. Together the two lights on the right bank of the Weser near Sandstedt between Bremerhaven and Bremen formed the "leading light line Sandstedt".

They were needed there because between 1887 and 1895 the course of the lower Weser had been straightened and deepened (Unterweserkorrektion) in such a way that seagoing vessels could sail to Bremen again. 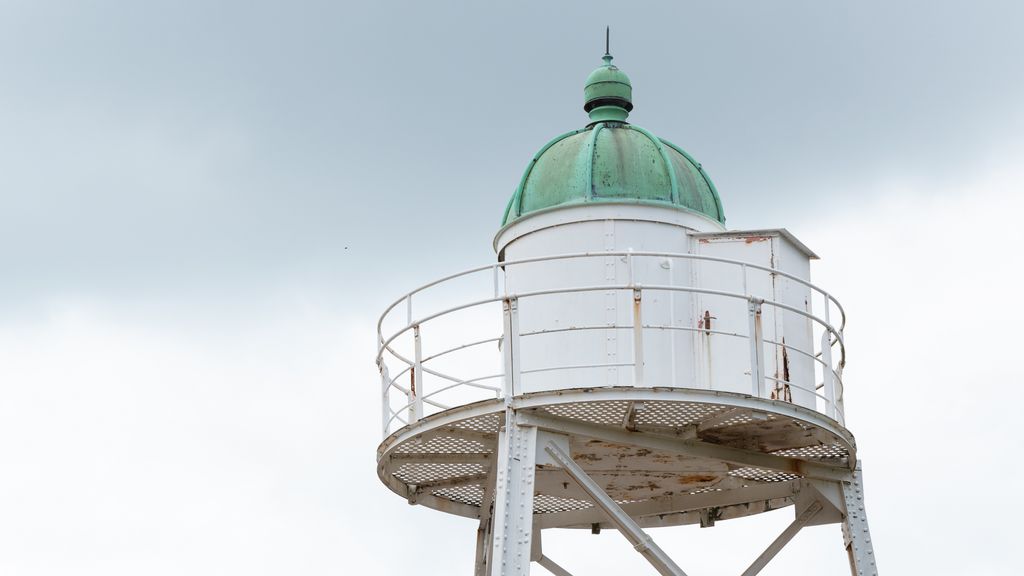