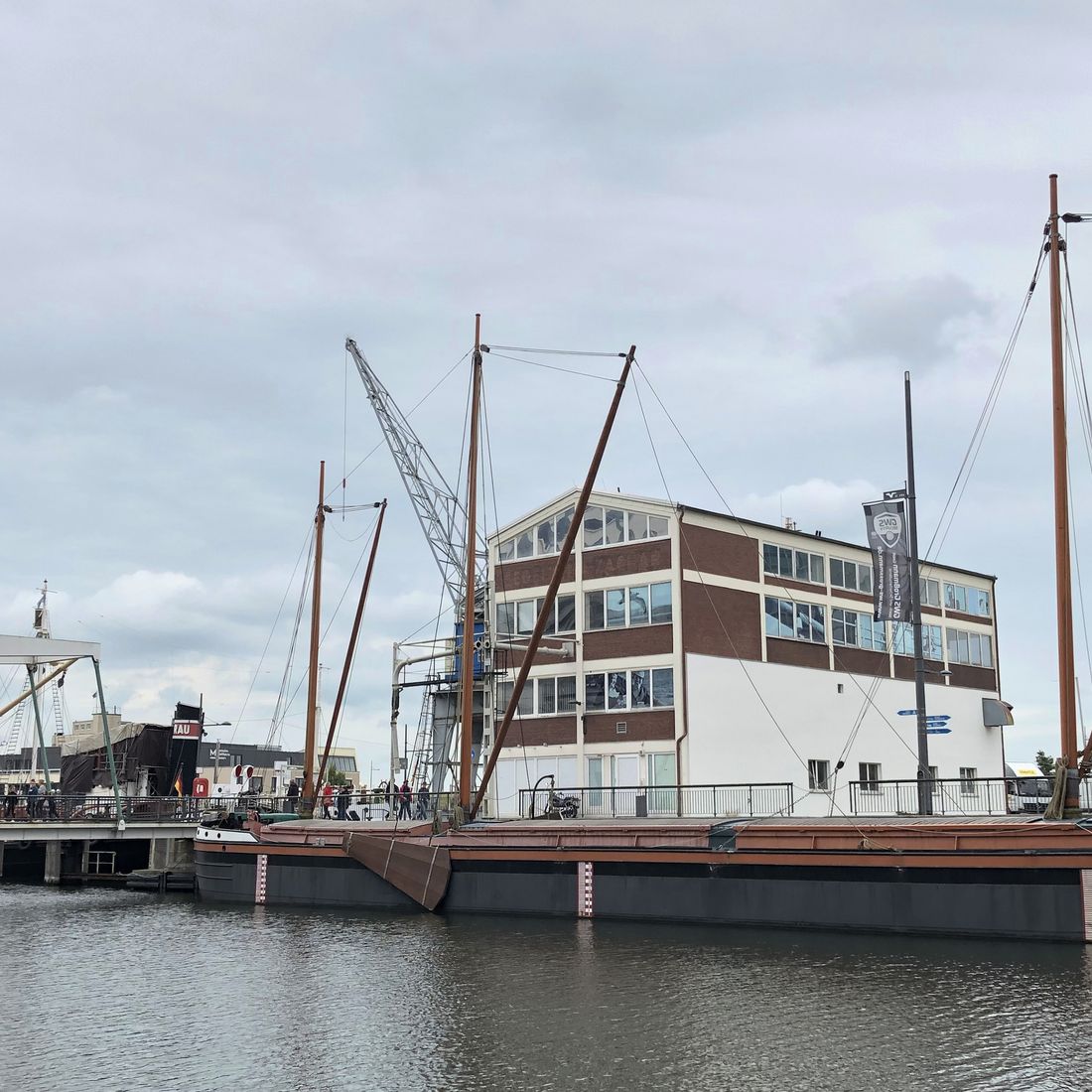 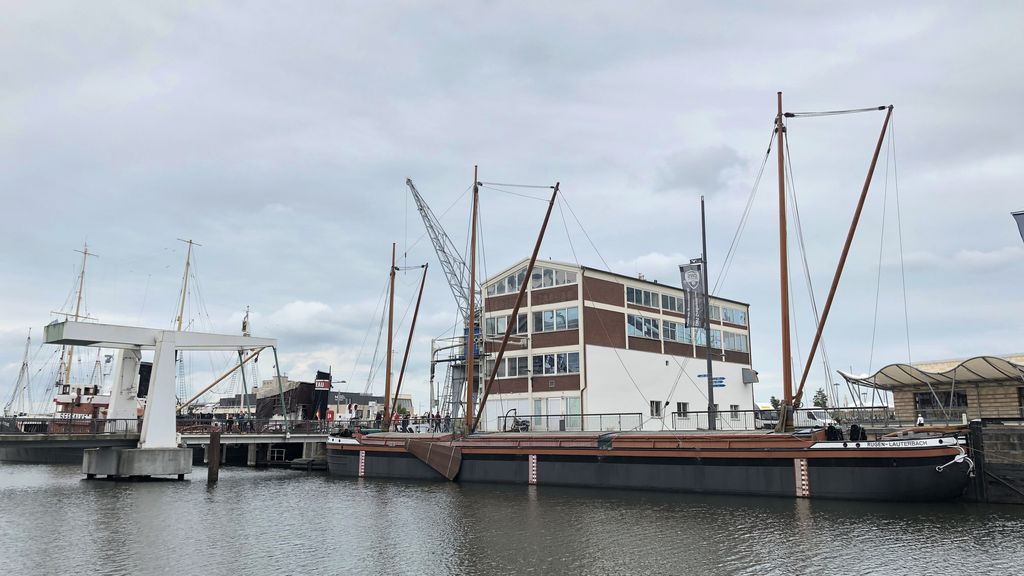 The owner Paul Raddatz transported gravel or grain with the Oder barge EMMA until 1992: either with a three-masted sprit rigging along the coasts of the Baltic Sea or - pushed by a "pusher" - on the North German canals.

The masts of the square sprit rigged sails (they are spread diagonally from the mast by a log) were folded down while sailing on rivers and canals. Then a so called annternter bumper took over the propulsion, a dinghy with motor, which was attached laterally to the rudder and stern.

The German Maritime Museum was able to acquire the EMMA thanks to a donation by the former chairman of the board of the then Bremer Lagerhausgesellschaft (BLG), Dr. Rolf Fastenau. It has been in the museum harbour since 1994. 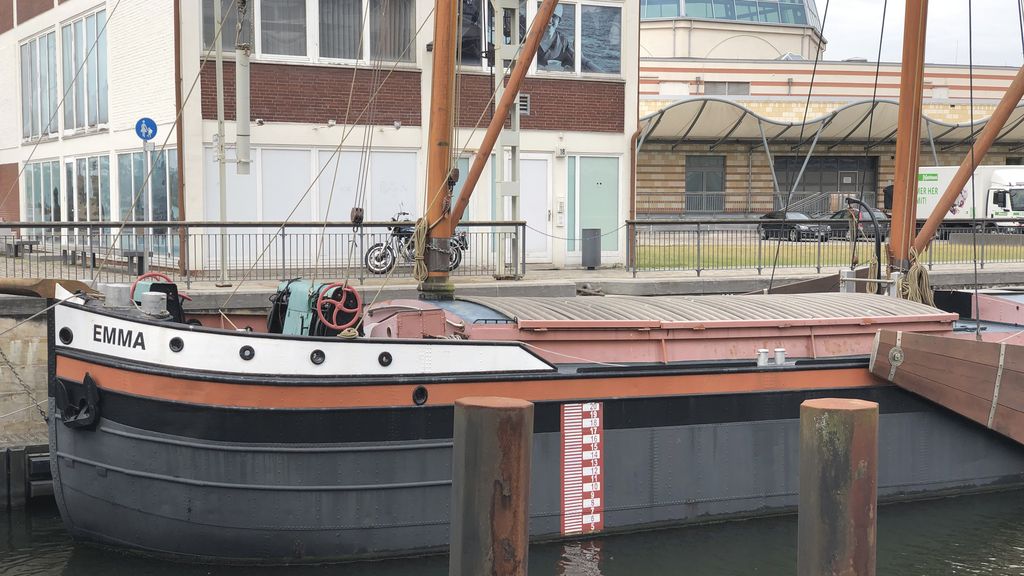