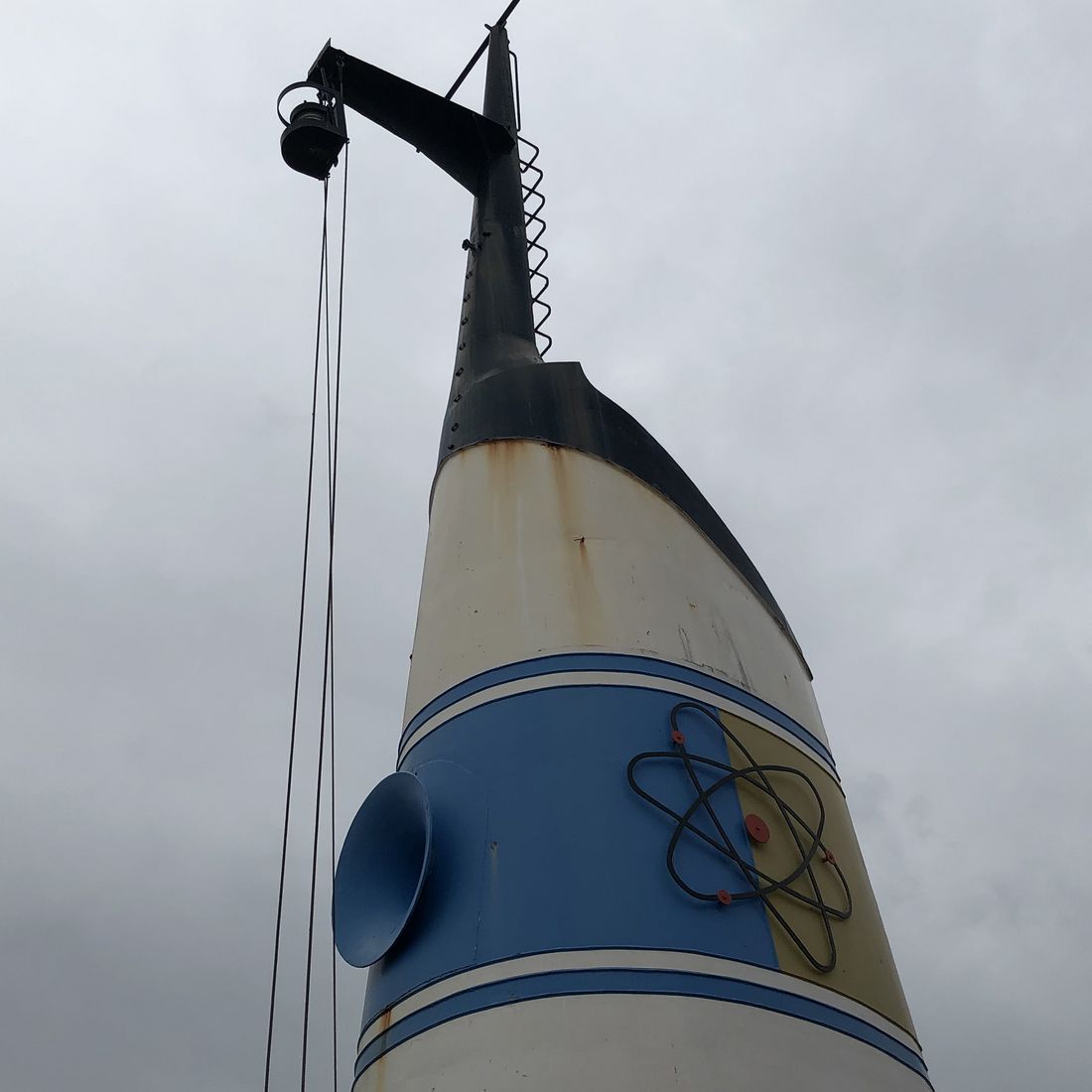 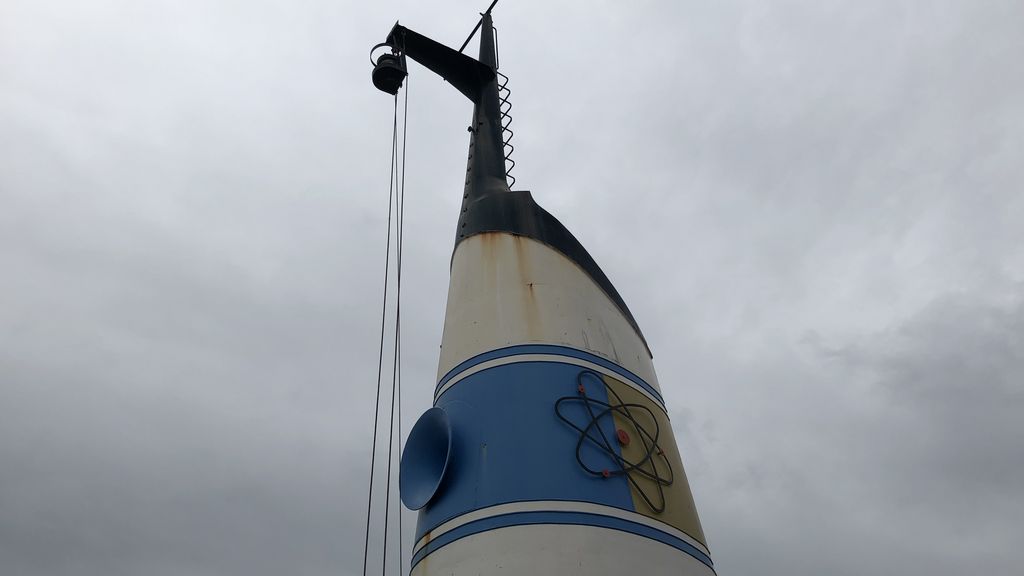 This chimney belonged to OTTO HAHN when it was operating as a research vessel and ore freighter with a nuclear propulsion system from 1968 to 1977 in worldwide voyages. After the reactor was removed, the ship was converted into a container ship with a conventional diesel propulsion system at Rickmers shipyard in 1982/83. It was fitted with a larger chimney due to the new exhaust system.

First renamed TROPHY, then NORASIA SUSAN and finally MADRE, the ship was in service until 2009. It was then scrapped in Bangladesh.

In 1986 the Gesellschaft für Kernenergieverwertung in Schiffbau und Schiffahrt (GKSS) Research Centre in Geesthacht donated the chimney to the German Maritime Museum. The original engine stand and model are on display at the DSM exhibition. 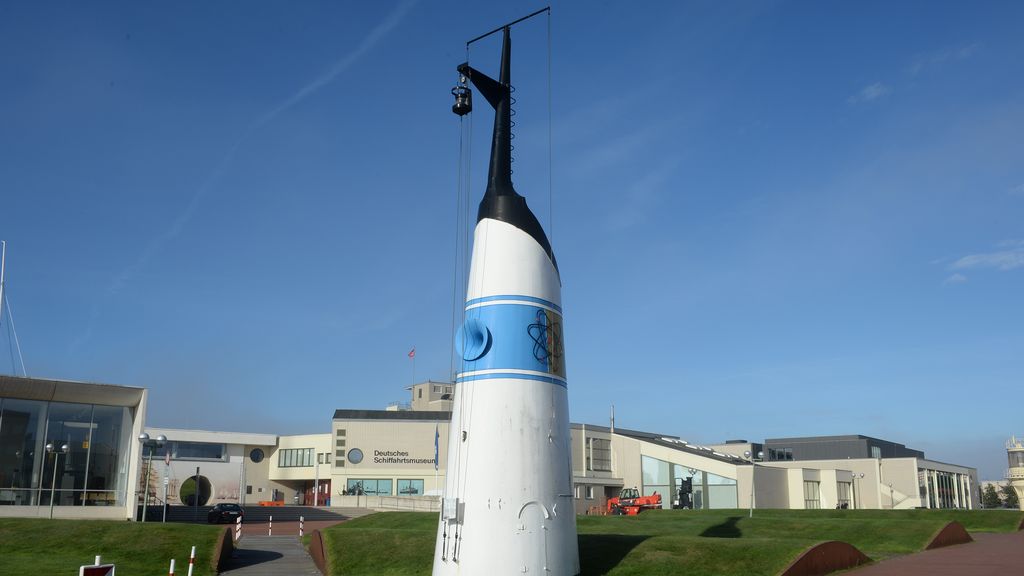