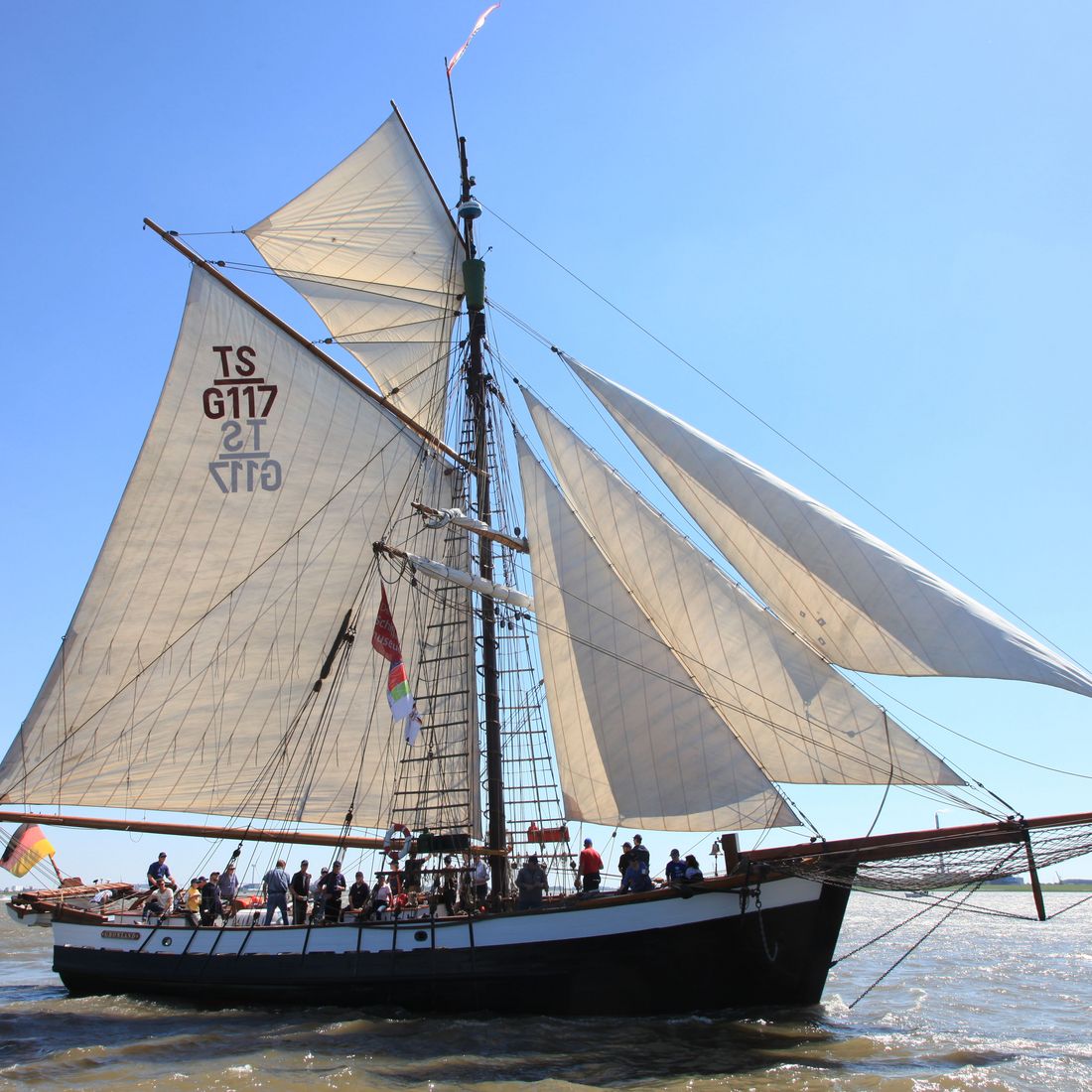 Even though climate change is causing the northern polar cap to melt more and more, the idea of reaching the North Pole with an unpowered sailing ship is still astonishing. 150 years ago, long before society was concerned about CO2 emissions and rising sea levels, the exploration of the polar regions was already the goal of many efforts for a few people. One of the most active players was the German geographer and cartographer August Petermann. In several writings, he called for Germany to become more involved in polar region research, in deliberate competition with British and American efforts. His interest in these regions can probably best be described as universal and is in the tradition of other expeditions that were driven forward worldwide. In addition to researching climatic conditions, his interest also focused on geography, geology, botany and zoology. The first German polar expedition was regarded as a prelude and preliminary exploration for further, later journeys.

Following a theory that was widespread at the time, Petermann also assumed that an ice-free zone existed, partly due to the Gulf Stream, which extended to the North Pole. He assumed a possibly navigable corridor on the east coast of Greenland. After tenacious efforts he succeeded in raising funds and in 1868 he sent a first expedition under the nautical leadership of Captain Carl Koldewey on its journey. The crew consisted of twelve persons, who were selected according to nautical criteria. Pure scientists were not involved. The ship used for this purpose was christened GRÖNLAND.

From sealers to research vessels

The ship acquired by Petermann for the trip to the Arctic is a representative of the ship type "Nordic Hunt", which was widely used in Norway at the time. This type of ship was used for seal hunting and coastal transport. The bulbous ship was built at the rather modest Norwegian shipyard of Toleff Toleffsen in Skanevik. It is almost 30 m long, 6 m wide and has a draught of 2.2 m. Equipped with a mast, the sail plan consists of a large gaff sail with an optional top sail, three head sails and two square sails. Even the steering by means of a tiller has not changed until today. Koldewey and his crew had to rely completely on favourable wind conditions. In order to cope adequately with the ice, the ship was significantly strengthened before departure and adapted to the needs of a long-distance cruise.

Launched from Bergen at the end of May, the first attempt was made to reach the east coast of Greenland. However, this was hindered by drift ice and ultimately failed due to an impenetrable ice belt. Koldewey then sailed to Spitsbergen and reached the northernmost point of the voyage at 81°4.5' north latitude, 15°17' east longitude on 15 September. After further unsuccessful attempts to find a passage through the ice belt to the north-west, the return voyage to Bergen began and the port was reached on 29 September. After a short stay, the voyage continued south and finally reached Bremerhaven on 10 October 1868, where the ship and crew were received with great cheers.

The scientific results of the voyage were evaluated differently in the following. However, the results of a whole series of measurements were made available for further research. Carl Koldewey was already highly respected for his seamanship by his contemporaries. It is probably thanks to his prudent actions that neither the crew nor the ship suffered major damage during the voyage.

From research vessel to coastal sailing ship and museum ship

Immediately after completion of the first voyage, it was clear to those involved that further expeditions should be undertaken. The GRÖNLAND, on the other hand, was felt to be insufficient for this. Larger and more modern ships were given preference. So the sailor was sold back to Norway. There the ship was returned to its original purpose and served as a fishing vessel, seal hunter and transport ship. During this period of about one hundred years, various changes were made to the ship. In addition to an engine, a wheelhouse and a chimney were also installed. In 1970 the ship was finally bought by an Oslo ship lover and restored to its original condition to be used as a museum ship. However, plans to present the ship in Norway were thwarted. At the same time it became known in Bremerhaven that the ship GRÖNLAND had survived the times in Norway. After an initial presentation of the ship on the occasion of the 1972 Olympics in Kiel, the ship was purchased by the still young German Maritime Museum for DM 120,000 just one year later.

Already from this time on, a lot of energy was put into the reconstruction and later into the maintenance of the ship. From the very beginning it was planned to sail the ship actively and to use it as a mobile outpost of the museum. For this purpose the ship was handed over to a voluntary crew. For almost 50 years the ship has been kept in operation hand in hand by the museum and the crew. In addition to various weekend cruises, the longer trips to Scandinavia over the years are particularly noteworthy. The ship and crew have also been invited as special guests to Bonn or Berlin as part of national events. On these and other occasions the ship was and is gladly presented to the public. The history of the ship and traditional seamanship are conveyed as well as advertising for the German Maritime Museum. Among the thousands of visitors there are now also a large number of German presidents and chancellors of the last decades who have set foot on board and have been inspired by the ship.

The GRÖNLAND in action

Equipped with a mast, the sail plan consists of a large gaff sail with an optional top sail, three headsails and two square sails

The basic care, maintenance and minor repairs are carried out by the crew of about 25

On board with trained specialists

The GRÖNLAND has hosted many researchers*, including Dr. Reinhard A. Krause (former AWI scientist)

The crew is a colourful mix, from students to pensioners of various professions. Only the proportion of female crew members still has potential for expansion. Important functions on board are and must be performed by well-trained specialists. The current captain of the GRÖNLAND, Rainer Mogel, is a trained nautical officer with many years of experience in civil shipping as well as on a number of other traditional ships.

However, no special previous knowledge is required to become a crew member. However, regular engagement is required, freely according to the usual motto "hand against bunk". So the GRÖNLAND will hopefully still be actively sailed in 50 years and will be able to serve the German Maritime Museum as a mobile branch office.