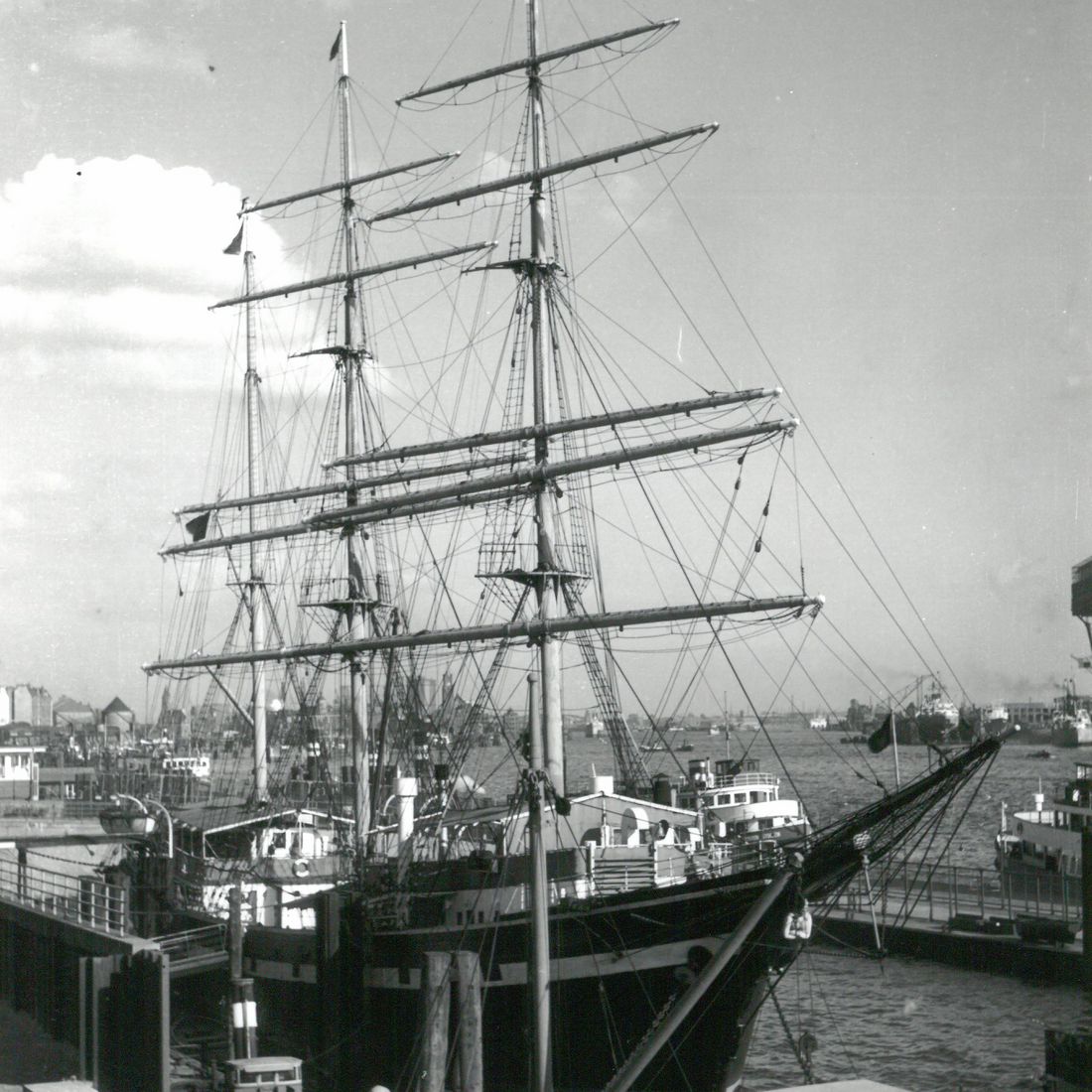 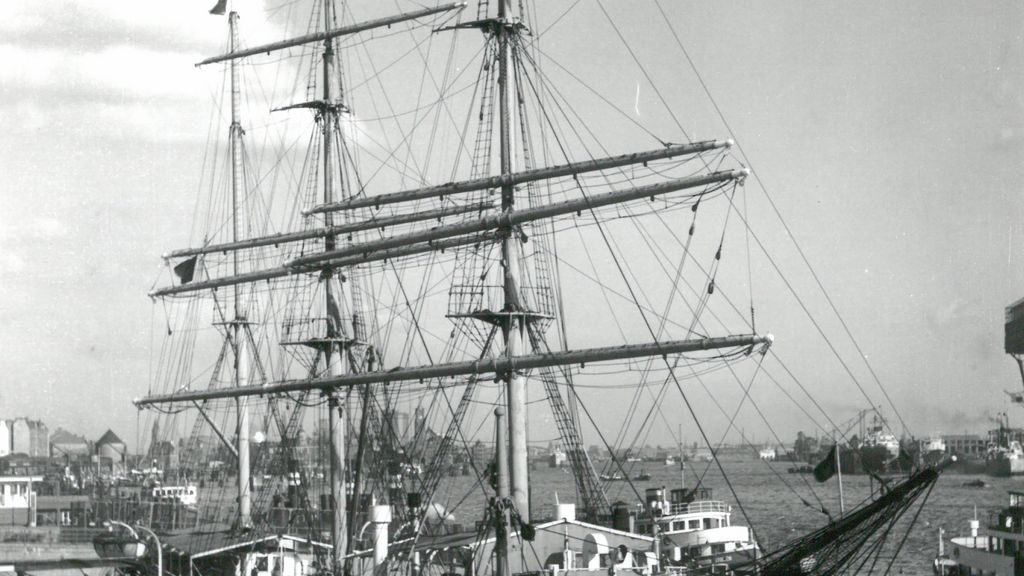 The SEUTE DEERN - a ship with an eventful history

In 1919 the age of steel steamships has long since begun. But steel is in short supply after the First World War. For this reason, old shipbuilding techniques are once again being used in Gulfport in the US state of Mississippi. The aim is to build a wooden four-masted gaff schooner called ELIZABETH BANDI as cheaply as possible. In 1938 the Hamburg shipowner John T. Essberger acquires the sailing ship. At the Blohm & Voss shipyard, he had it converted into a three-mast barque, which was used during the Nazi era as a training ship for sailors of his tanker fleet. At that time the ship also receives its characteristic figurehead in the form of a young woman in the traditional costume of the Old Country. She gives the ship its name SEUTE DEERN, which means "sweet girl" in Low German.

After the Second World War, the 75-metre-long barque was initially used in Hamburg as a hotel and restaurant ship with brick-lined rooms. Since then it has not been usable as a mobile sailing ship. When the barque was sold as a floating youth hostel to the Dutch town of Delfzijl in 1954, it was already a maritime curiosity - on the one hand because of its construction, on the other because of its age. After all, ships rarely reach a service life of more than 30 years.

In 1964, the ship is resold to Emden due to high maintenance costs. On the Ems, it was actually to be converted into a pure restaurant ship, but sank to the bottom of the harbour before the plans could be realised. After salvage and takeover by the Helgoland hotelier and merchant Hans Richartz, the conversion to a restaurant ship is finally successful at the Emden Schröder shipyard. In 1966, the SEUTE DEERN was given a new berth in Bremerhaven's Old Port. Initially it was solely owned by the restaurateur, later 50 and finally 100 percent by the city of Bremerhaven.