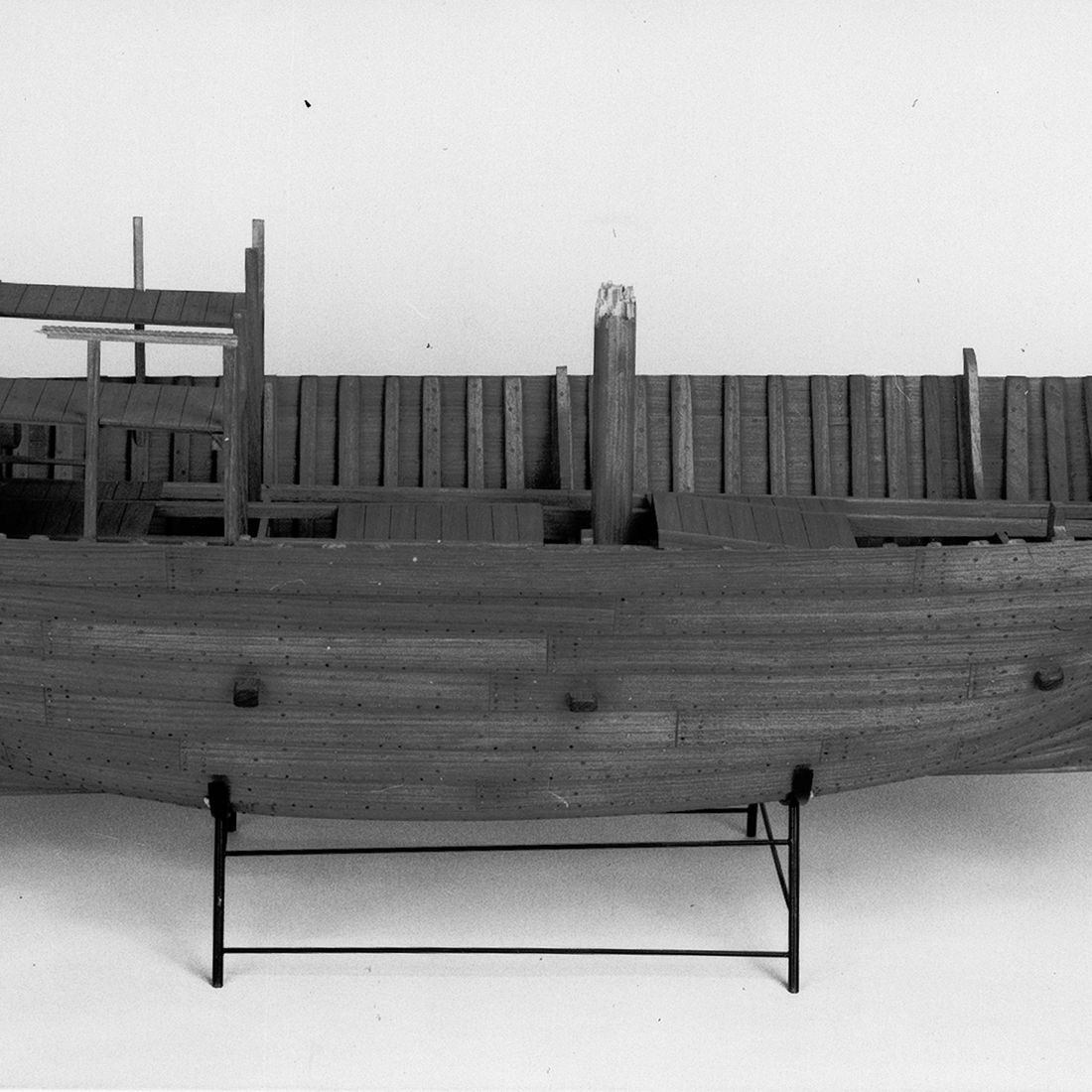 How are "cog articles" common in everyday culture related to the ship find? Has the image of the wreck changed the perception associated with the term "cog"? Or did the images that were associated with the "cog" even before it was found influence the interpretation of the wreck in such a way that they did not allow any other conclusions than that we see a "cog" in front of us?

The "Cog" is probably the most famous ship of the Hanseatic League. Almost everyone has an idea of what a "Cog" looks like. It was precisely on this question that for a long time the illustrations of "Koggen" (cogs), e.g. on medieval seals, as wall paintings in churches or as miniatures in book illumination, played an important role, since there was no original ship as an object for viewing and examination, since the construction period of the "Koggen" ended in the 15th century.

The question whether the medieval painters really wanted to depict "cogs" or whether the building typology was important for them at all cannot be ignored. This problem is made clear by the very rare explicit designations of the depicted ships on seals as "cogs" in the corresponding texts and their very differently reproduced ship characteristics. Whether the building type "cog" was exactly defined in the Middle Ages is difficult to assess.

The "Cog" in pictures since the 19th century

Nevertheless, there are numerous depictions of "cogs" in the 19th and 20th centuries in a wide variety of areas - from paintings and graphics, which also found widespread use as illustrations in books, on postcards, stamps and collectible pictures, to their implementation on glass, porcelain and ceramics, in textiles or jewellery. In the 20th century, the "Cog" became known in the company logo of beer brands, among other things, and in an abstract form as a logo can be found in many associations. Also as a sculpture or in connection with architecture there is the opportunity to see "cogs" still today. With the replicas a real "re-experience" can be made possible. The "cog" always has a certain function and symbolic content in the historical or political environment.

The pictorial representations of the "Cog" in the DSM

The special role of the picture is the theme of the top floor of the newly designed Cog hall in the DSM. There, visitors can see an exhibition on the history of the picture and the reception of the "cog": Beginning with the medieval seals and oil paintings to today's advertising objects with the "cog" in design.

So far, only individual works have been examined, but not the motif of the "Cog" within various groups of objects. This dissertation project will examine various pictorial representations, their differences and similarities. Accompanying this, a visitor survey on the perception of the "cog" as well as a Citizen Science project will take place, in which visitors can show photos or objects with "cog" representations. The insights gained in the doctoral thesis will be presented in an exhibition intervention on the upper floor of the cog hall.

Please also read our appeal for

The salvage of the wreck from the harbour area in Bremen Rablinghausen was the beginning of a history of research that continues to this day. We cordially invite you to accompany us on this journey!

Nowadays new technologies in the field of conservation are irreplaceable. In the context of a doctoral thesis a monitoring system with photogrammetry is developed for the Bremen cog.