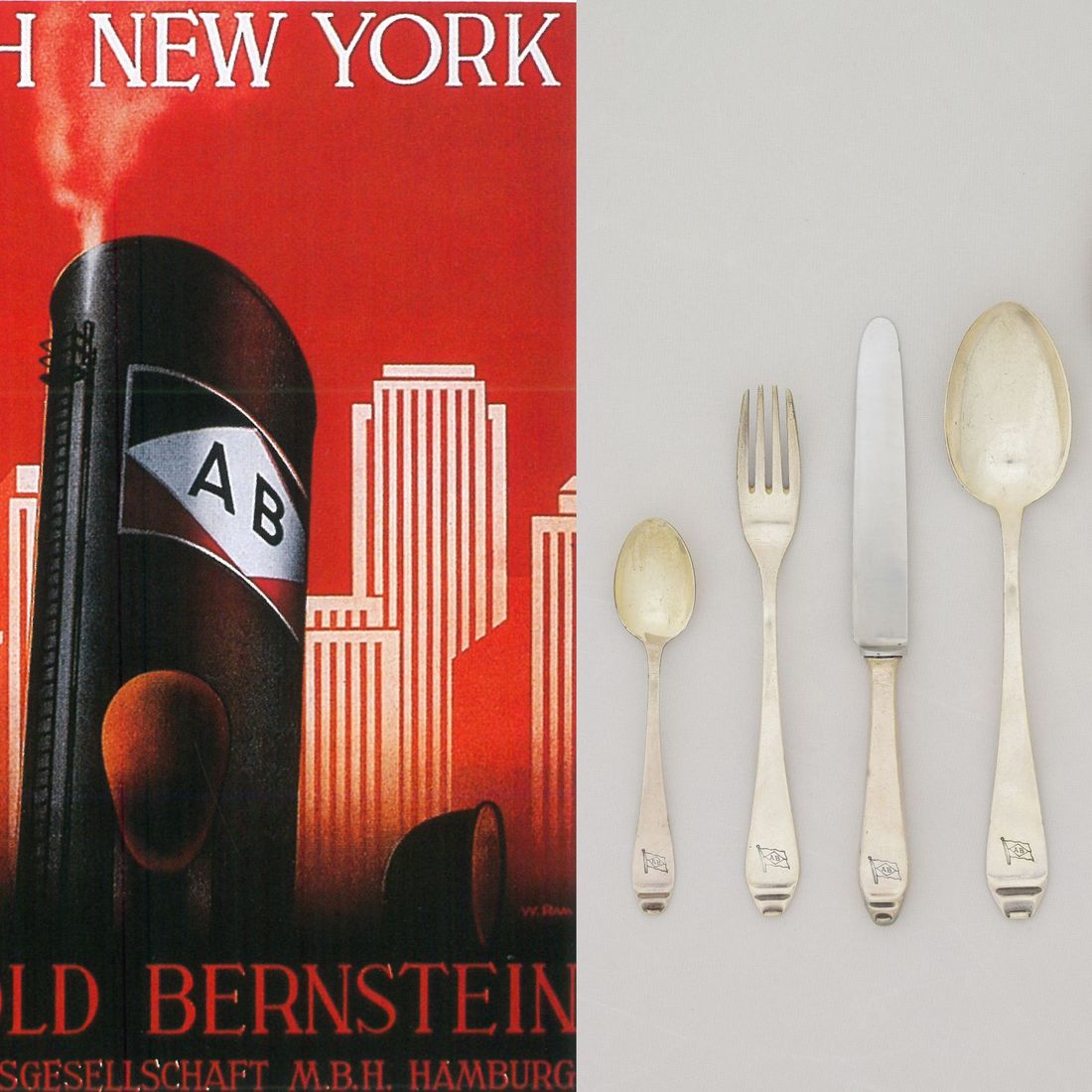 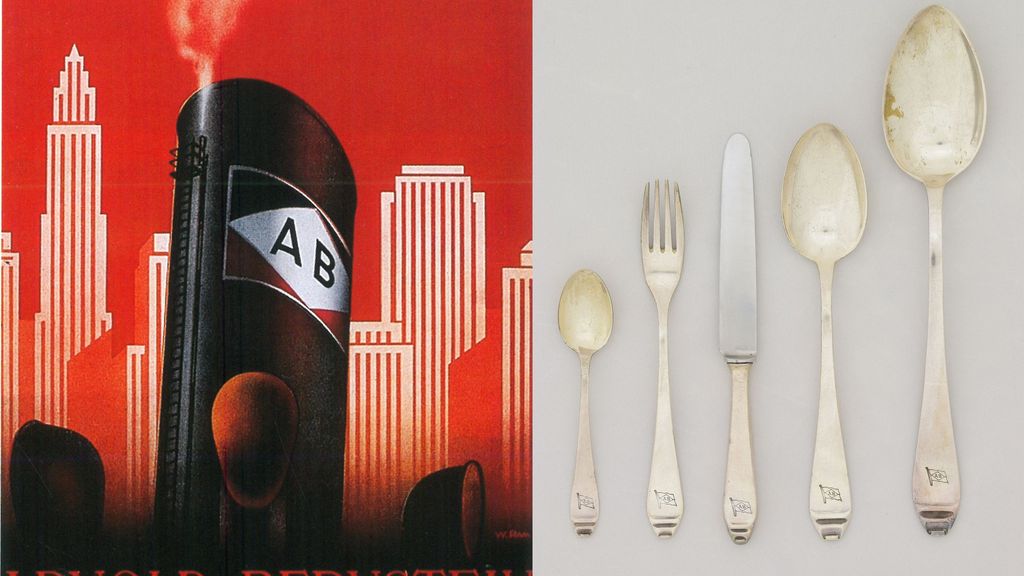 The DSM collection includes a multi-piece silver cutlery set from the former Arnold Bernstein Line from Hamburg.  The cutlery is engraved on the handle with the logo - the initials AB in a flag. Born in Breslau, Arnold Bernstein (1888-1971) was a major Jewish shipping company owner who owned several shipping lines.  From 1937 onwards, Bernstein was no longer able to control his company due to National Socialist pressuring.  The aforementioned cutlery was used on the ships of the AB-Line and was thus part of the inventory that was "disposed of" in 1938 by the trustee and later successor Marius Böger. Thus, the cutlery in the DSM is subject to a withdrawal due to persecution.

Bernstein became known worldwide for his revolutionary inventions in car and tractor transport between the USA and Europe: He transported the vehicles without the elaborate wooden crates that were common at the time, which enabled him to transfer them more efficiently and also reduced freight costs. Between 1928 and 1935, Bernstein transported more than 93,000 cars from the USA to Europe. After the world economic crisis, he was mainly active in passenger transportation. Here too he had a special concept to offer: On his ships there was only one class - the tourist class - instead of the three classes common at that time. In addition, the passengers, who were certainly accommodated in luxury, could take their cars to their destination in the cargo hold of the ships.

With the permission of the National Socialist government, Bernstein founded the Palestine Shipping Co. Ltd. in 1934. The line registered in Haifa had only one ship: the TEL AVIV (formerly HOHENSTEIN). At the beginning of 1935, the TEL AVIV made her first voyage from Bremerhaven to Haifa. The ship was named TEL AVIV in Hebrew letters on her hull, while the swastika flag was flying from the mast.  What at first sounds absurd, however, happened on the basis of the "Ha'avara Agreement for the Safe Relocation of Jewish Citizens Wishing to Emigrate to Palestine" concluded in 1933 between Zionists and the Reich Economics Ministry.

In 1937, Bernstein's shipping company was one of the largest Jewish companies in Germany with over 1,000 employees. However, Bernstein's arrest by the Gestapo on January 25, 1937, due to alleged foreign exchange offences, marked the beginning of the dismantling of the large shipping company.  The Hamburg Foreign Exchange Office accused Bernstein of helping Jewish citizens to illegally transfer assets abroad through his participation in the Palestine Shipping Co. However, this alleged suspicion was false, as the line operating between Trieste and Haifa had already had to file for bankruptcy in 1936 due to insufficient capacity utilisation and ceased service. Instead, the intention was to oust the successful Jewish entrepreneur from business life. So Bernstein was arrested and remained in custody until a seemingly unreal show trial one year later.

On January 7, 1938, the Hamburg Special Court sentenced Bernstein to two years and six months imprisonment and a fine of one million Reichsmarks. Under this pressure, Bernstein was forced to sign over his company to Marius Böger, a trustee and former HAPAG chairman of the board appointed in 1937. He was also forced to renounce all his property. Finally, in order to make Bernstein's name completely disappear from the public eye, all ships of the Arnold Bernstein Schiffahrtsgesellschaft were transferred to the more neutral-sounding Red Star Line in 1938. As a result, the entire inventory of ships bearing the AB Line logo was sold and "recycled" - including the cutlery found in the DSM.

The once successful shipowner fled destitute to the USA

On July 25, 1939, after Bernstein had served the entire sentence in the Fuhlsbüttel concentration camp in Hamburg, he was released, not least by the payment of 30,000 US dollars by a befriended entrepreneur to the National Socialist authorities. He fled penniless to the USA.

The cutlery of the AB line was purchased by DSM from private property in Hamburg in 2012. This last owner died today. There is no information available as to when and how the cutlery came into her care. As it is evident that the cutlery in the DSM originates from the expropriated Bernstein company, contact has been made with Arnold Bernstein's heirs in the USA to find a "just and fair solution" for the future whereabouts of the silver cutlery.