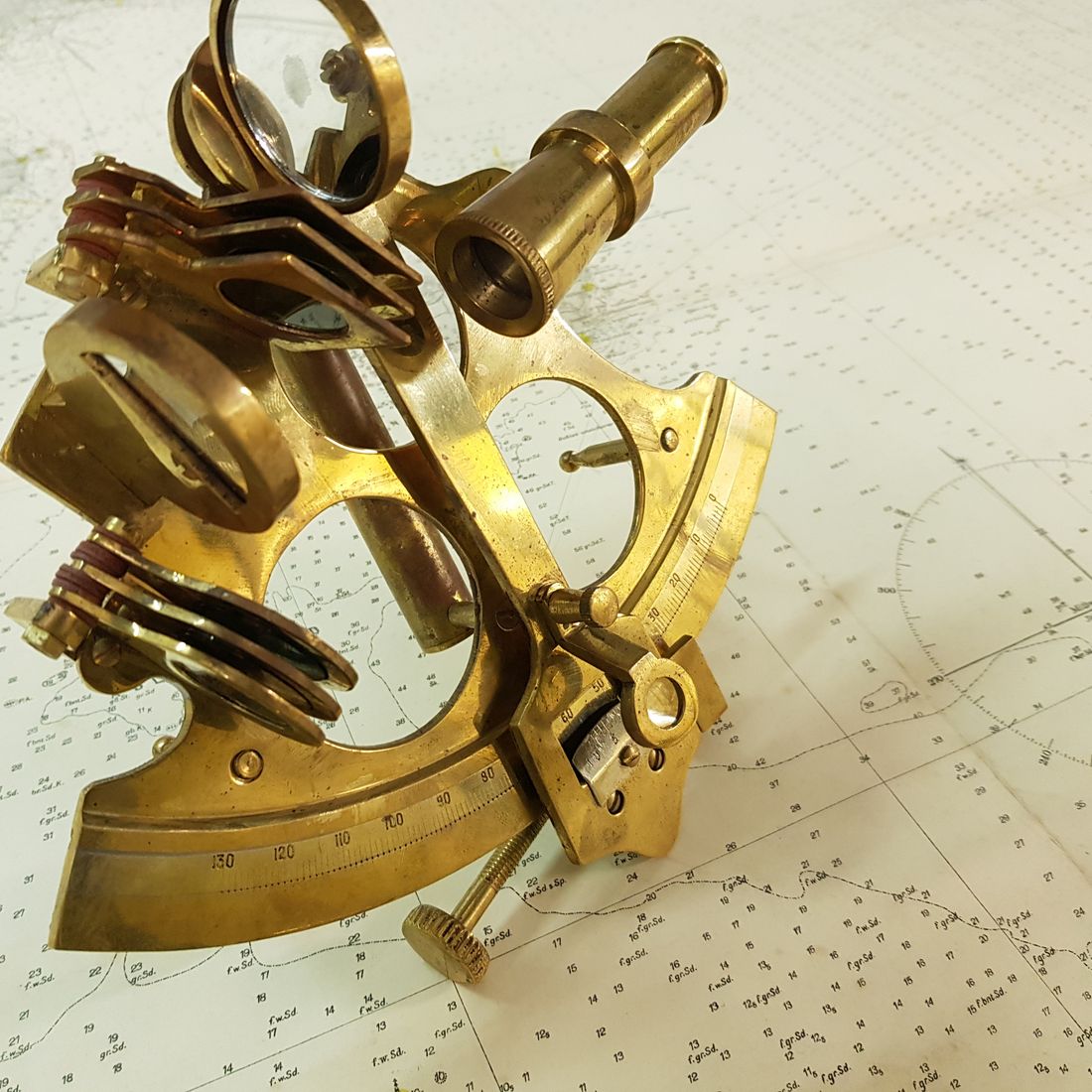 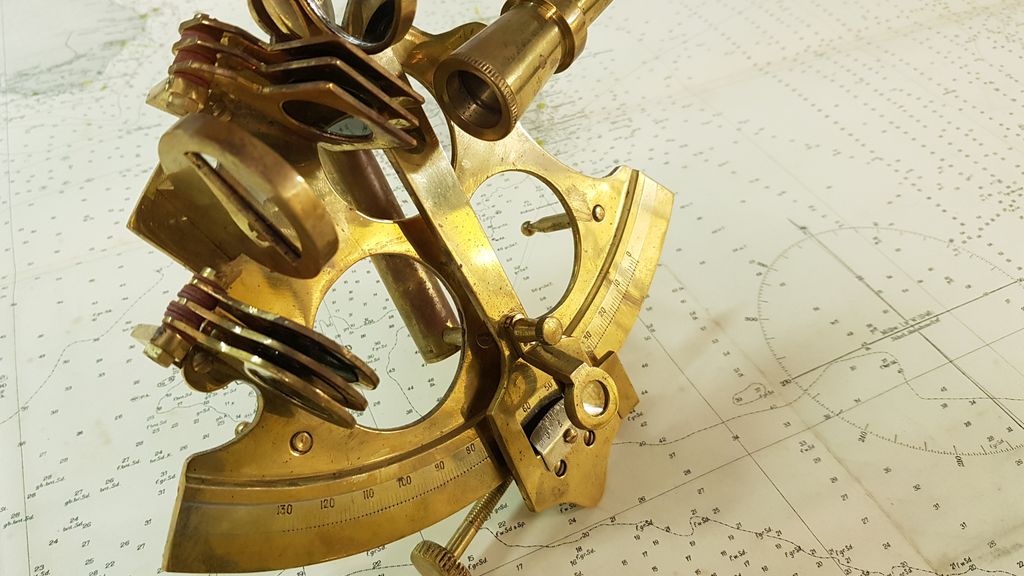 Charts were - and still are - the basis of navigation on the seas. Nevertheless, they are among the maritime knowledge items that have been little researched so far. With a total volume of 1.1 million euros, the Federal Ministry of Education and Research (BMBF) is funding the object-historical research project 'Maps - Seas. For a history of globalization from the water' (KaMe). The project focuses on maps from the period 1850 to 1950 and follows the basic assumption that these sea and ocean maps played a key role in the intensification of global interdependencies across the seas that began in the mid-19th century. On the one hand, as navigational instruments and knowledge repositories, they made safe navigation in a global context possible in the first place. On the other hand, the reception of and discourse about sea and ocean charts have contributed significantly to generating a notion of globality that is also widespread among the general public. This still has an impact today and shapes our view of the oceans. 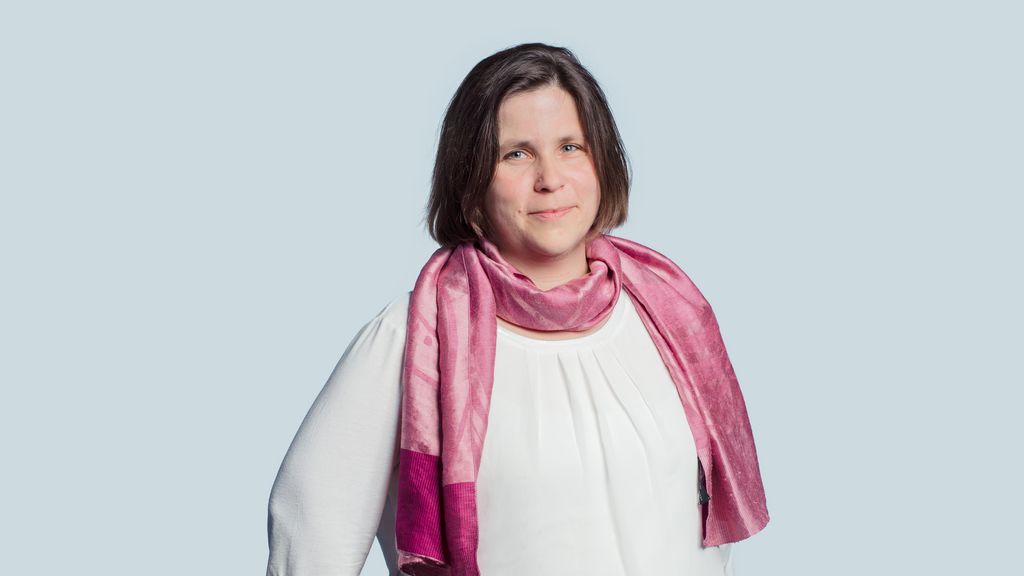 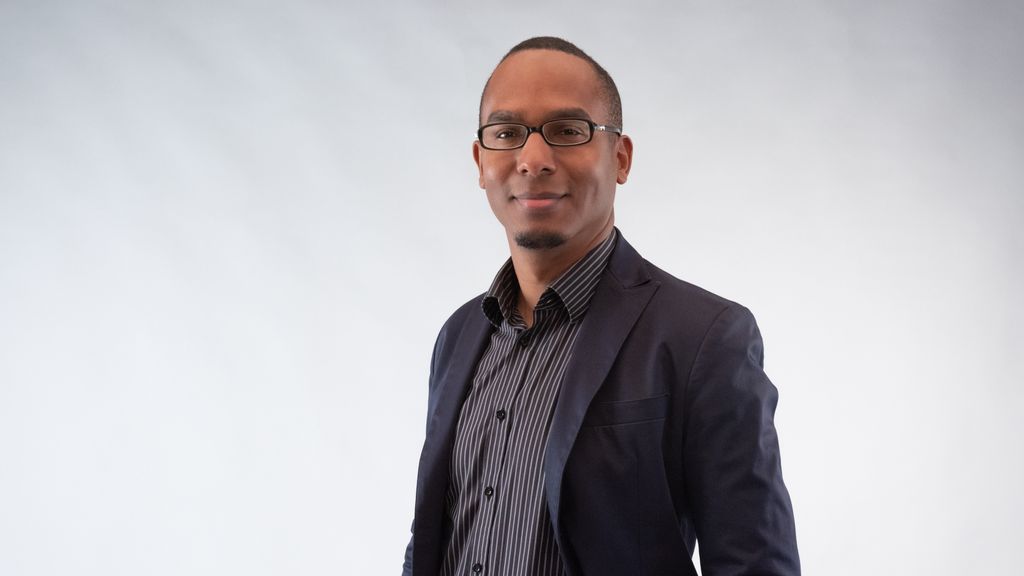 Man and sea. Production, use and reception of historical nautical charts

Source material are the nautical and marine charts of two important collections in Bremerhaven and Gotha. The German Maritime Museum holds a fund of more than 3,000 nautical and marine charts, many of which were produced in the period from 1850 to 1950. The Perthes Collection in Gotha - as the heir of the Perthes map publishing house founded in 1785 - contains around 11,500 historical nautical charts. Since the use of nautical charts requires knowledge of compasses, compass and even the sextant, the extensive collection of old navigational instruments at the German Maritime Museum is also included in the investigations in addition to the archival documents. The transdisciplinary network will make these holdings accessible and researched in an exemplary manner.

On the working level, four sub-projects have been set up for young researchers, each with different methodological access and different perspectives on the map material. While the DSM focuses on the 'use of charts at sea' (post-doc project) and 'nautical charts in navigation lessons' (dissertation project), i.e. primarily taking the perspective of captains and navigators and investigating their contribution to maritime knowledge production, the project partners in Gotha are pursuing a research approach that is more strongly focused on the reception of charts. Here, the 'use of nautical charts in marine cartography' (post-doc project) and the 'use of nautical charts in atlases and journals' (dissertation project) will be investigated.
A lively exchange between the scientists is ensured in that there will be regular joint working meetings in Bremerhaven and Gotha as well as cooperative archival research beyond the scope of their own collections. 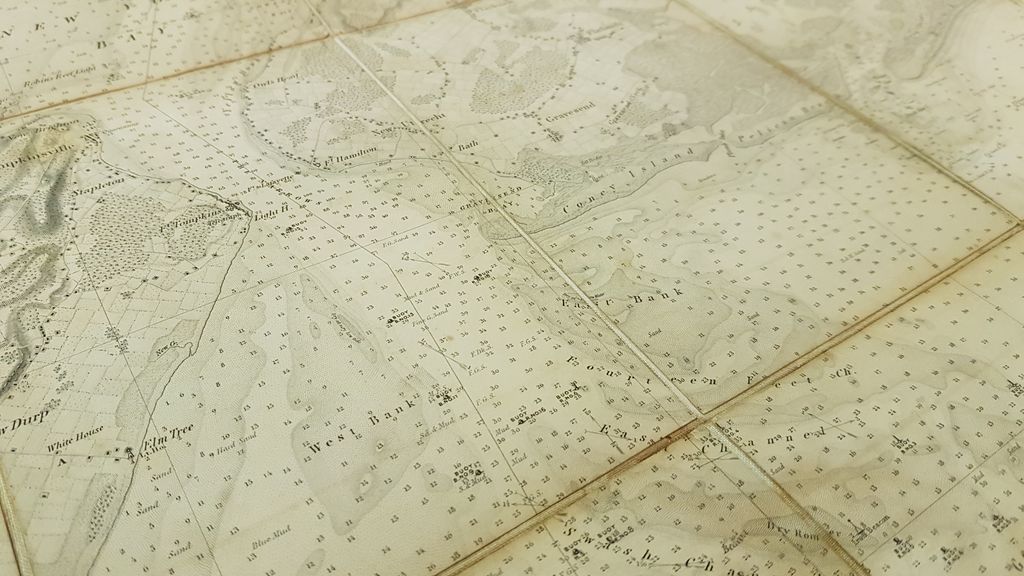 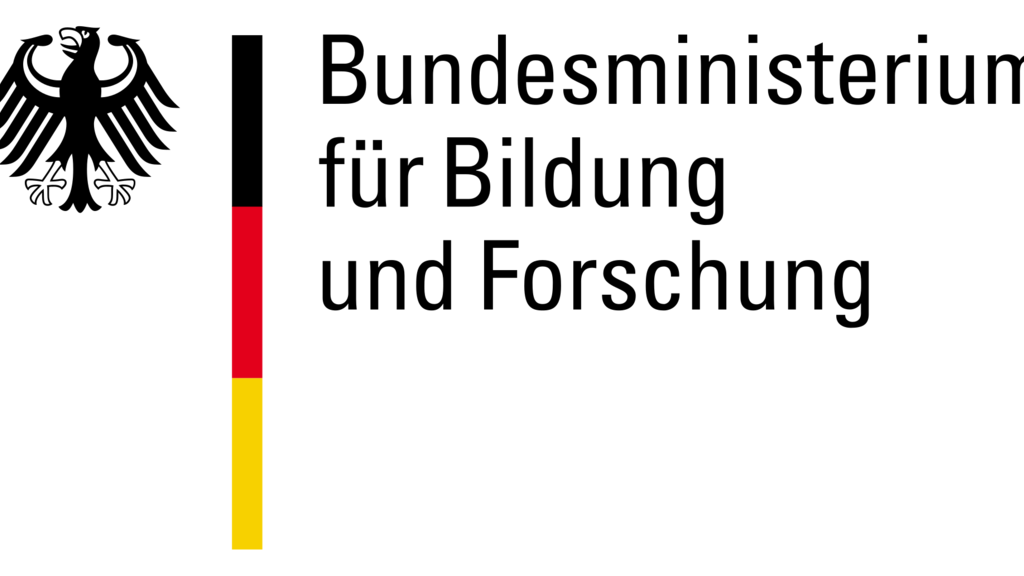 Research at the German Maritime Museum. Nautical charts on board and during navigation lessons

The post-doc project 'Use of Maps at Sea' methodically pursues approaches of object-based knowledge and social history. Starting from the materiality of nautical charts, several case studies will investigate the haptic specifics of the chart material and its use on board for orientation at sea. Water depths, currents, sea marks, wrecks and other information appear in sea charts. This project investigates when, how and to what extent certain types of information first appeared in nautical charts and what direct navigational benefit was associated with this knowledge. The fact that nautical chart data have been and still are extremely variable (e.g. port calls in tidal waters) is a key feature of this research. The printed work was therefore constantly checked and corrected, which was understandably also and especially the task of captains and navigators.

Since the 1860s, the collection of data for and the production of nautical charts in the German states was increasingly centralised by the authorities, with the establishment of the Hydrographic Bureau in 1861 in the Prussian Ministry of the Navy providing the impetus for this to a certain extent. At the same time, chart producers continued to rely to a large extent on the current data material collected by ship captains on their worldwide voyages; data that could set quite different priorities depending on the type of ship, the area of operation and the individual attitude of the ship's command. For research purposes, this led to the question of how the transfer of knowledge from sea to land was regulated, i.e. who collected the data, structured it and finally released it for production and printing on the map. Finally, historical nautical charts also offer the opportunity to trace concrete changes in fairways, for example in the Elbe, Weser and Jade estuaries, and to illustrate their consequences for shipping.

The dissertation project at the German Maritime Museum and the University of Bremen focuses on chart-based navigational instruction for future ship officers. The focus is on the navigation schools, which in the 19th century in the German-speaking areas shifted the previously strongly practice-oriented maritime education towards a theoretical professionalization. 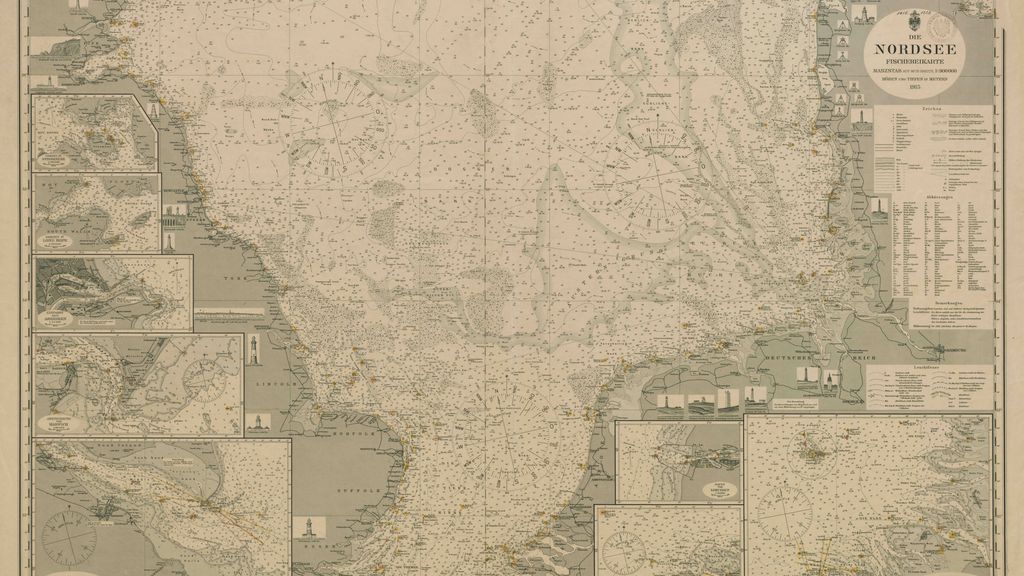 Fishing map of the southern North Sea from 1915. © DSM 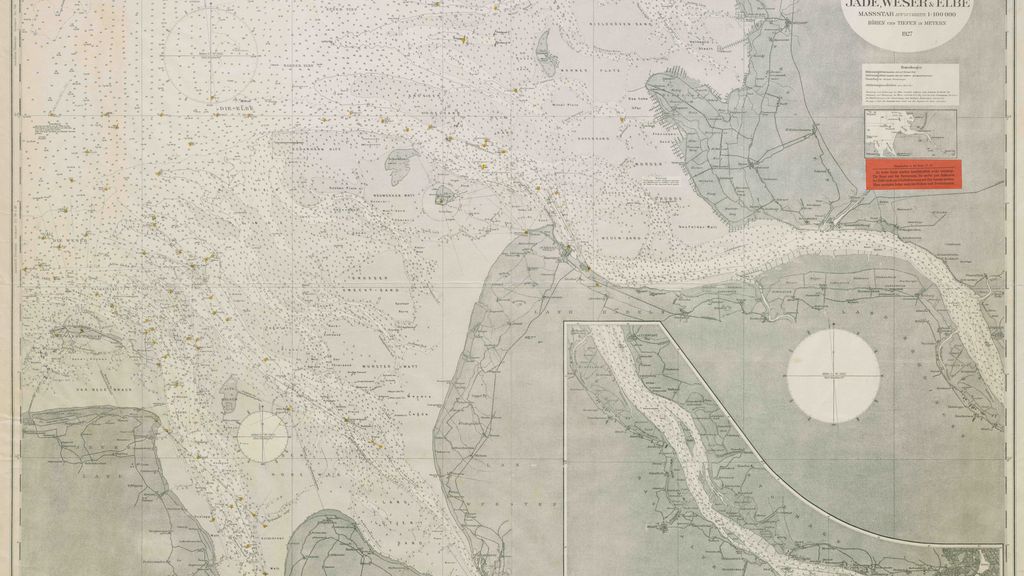 Nautical chart of the southeastern German Bight with estuaries of the Jade, Weser and Elbe from 1927. © DSM

Research results in publications and exhibitions

Sea charts are specific knowledge media whose use and reception already in the 19th century went far beyond the maritime milieu and seafaring as such. The BMBF project 'Maps - Seas' explicitly addresses not only specialist circles with its research, but also wants to make it accessible to a broader public with suitable formats. In addition to reports, lectures and publications in specialist journals, the research processes and results will therefore also be presented in exhibitions in Bremerhaven, Bremen and Gotha. 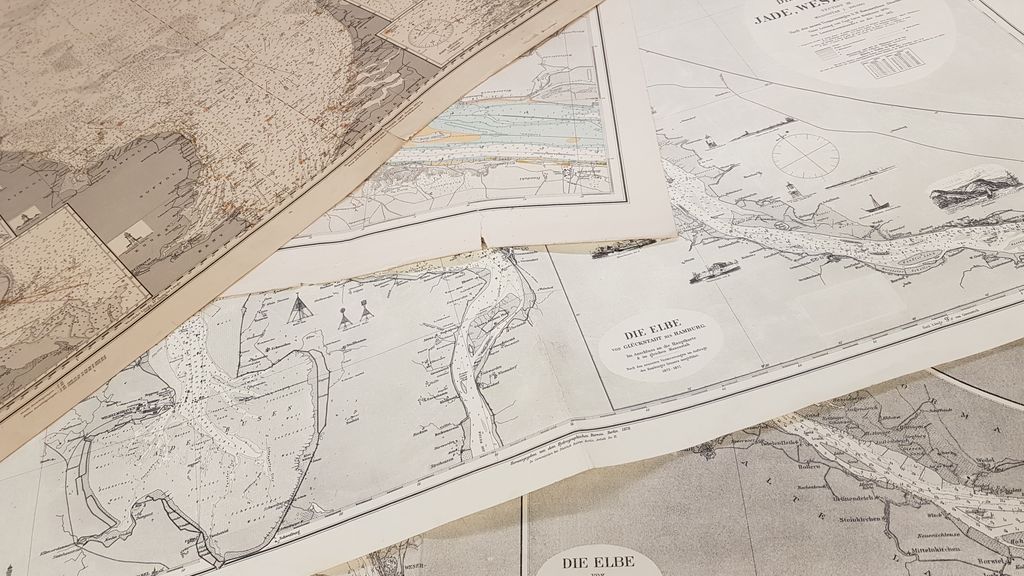 Nautical charts from the collection of the German Maritime Museum. © DSM/Frederic Theis 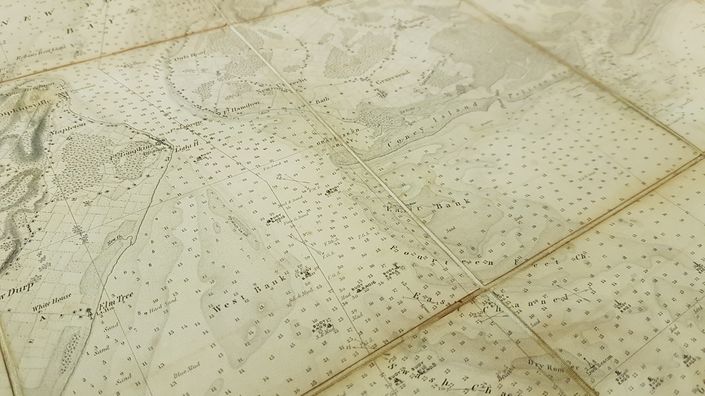 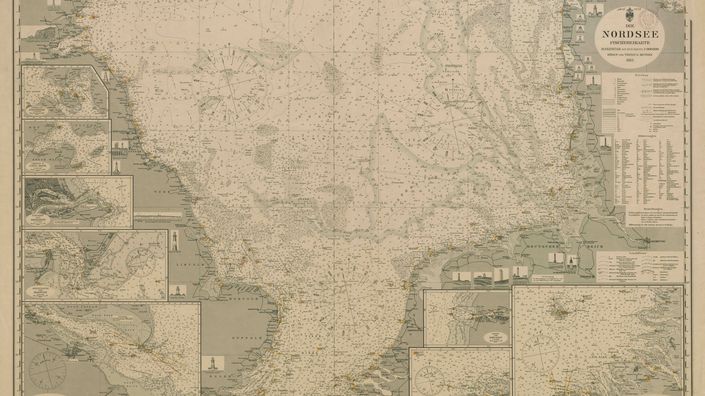 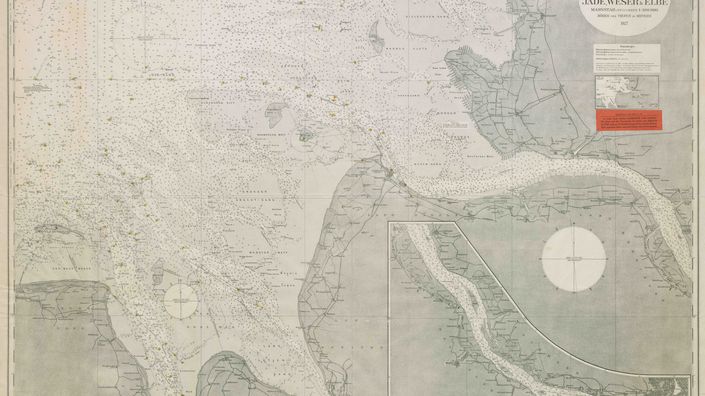 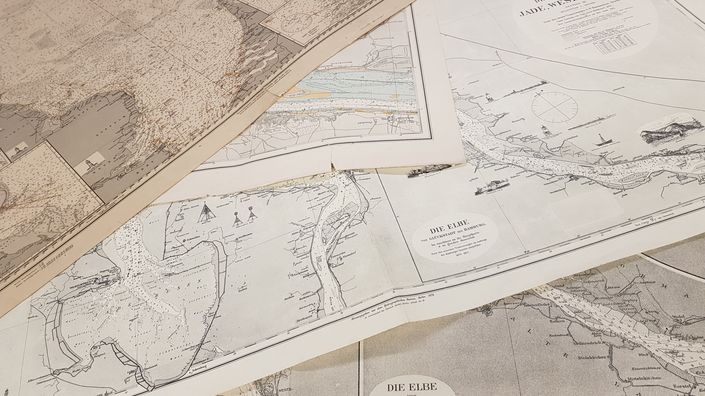 Historical and literary studies work together in the network. Practice partners with experience in exhibitions are also involved in the project.

BMBF: Funding for the humanities and social sciences

Federal Maritime and Hydrographic Agency: On the history of nautical charts

The project examines the development and historical context of German maritime cartography. 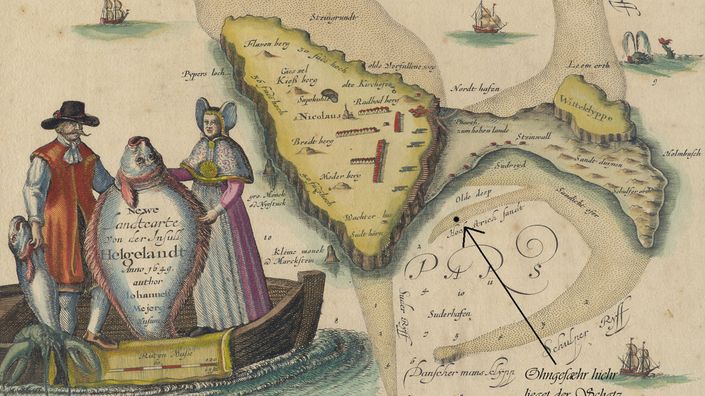 How Ships Shape(ed) Our View of the World

Do you know that without ships and shipping, not a single encyclopedia, including Wikipedia, and not an atlas would look the way we use them today? 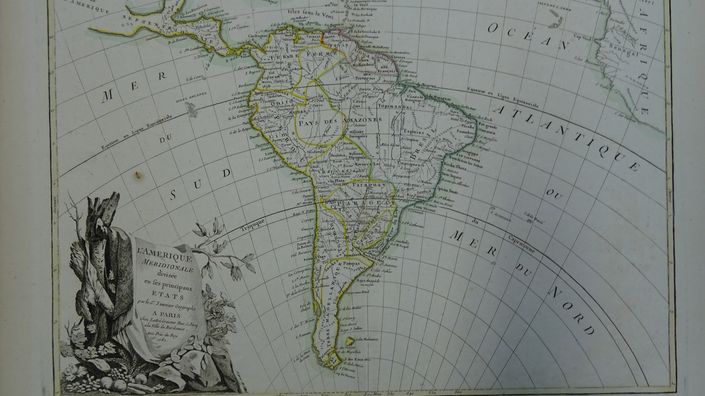