Where was the steering wheel of the SEUTE DEERN? How big was the anchor? How many nails held the planks together?As the landmark of Bremerhaven, the barque plays a decisive role. To ensure that it will be remembered even after dismantling and to provide answers to questions of detail, surveyors have taken a close look at it. The aim was to collect as much data as possible in order to preserve the sailing ship digitally.

Volker Platen and his team from the company denkmal3D spent a whole day using state-of-the-art technology to produce scans of the SEUTE DEERN. The engineers measured centimetre by centimetre around the ship and on board. Four billion measuring points and 250 scans were collected. They were then put together on the computer over a period of two days to form a so-called point cloud that shows an exact picture of the actual state of the sailor. The resulting positioning plan will enable the German Maritime Museum (DSM) / Leibniz Institute for Maritime History to work with the ship after dismantling.

Primarily, the generated data serve for documentation purposes. The DSM would like to record the SEUTE DEERN as part of the listed museum harbour ensemble as well as possible. The money for the commission comes from the budget of the Federal Government Commissioner for Culture and the Media, Prof. Monika Grütters. 267,000 euros are available for documentation, the creation of a technical 3D model, the salvage of reusable components, as well as their restoration and storage.

"Thanks to the support of the Federal Commissioner for Culture and Media, we have the chance to scan the SEUTE DEERN in three dimensions," says Prof. Dr. Sunhild Kleingärtner, Acting Director of the DSM. "The data can be the basis for a replica and a possible virtual model. The museum viewing habits of our guests are changing and we would like to offer all generations an exciting and sustainable visit. For this reason, it is important to create new digital offerings. The success of our 360° POLARSTERN exhibition with its virtual reality elements encourages us to become even more attractive in this respect".

For data acquisition Volker Platen used a 3D laser scanner with a camera system that also generates photo-realistic images in color. In addition to the geometry, the color of the scanned surfaces is also recorded and stored. "You can do a lot with the data. They can be the basis for a replica, a 3D print or a 3D or VR model," says the denkmal3D managing director. The job was a special one, says Platen, because in day-to-day business the company from Vechta in Lower Saxony scans cultural monuments such as Burg Castle near Solingen or Frankfurt's Paulskirche and industrial plants such as the Kellogg site in Bremen - ships are always present, but then they are often new models. He does not work on a more than 100 year old wooden sailing boat every day, only one example is still worth mentioning in this category: the scan of a 5000 year old dugout canoe from Lake Dümmer.

For Dr. Lars Kröger, Project Manager for the museum harbour at DSM, the focus is on documentation: "With the scan data, we are filling a gap in the inventory. Until now, there were no construction plans of the SEUTE DEERN. The technology makes it possible to secure the current status and ultimately provides the basis for further usage options, for example in the form of a virtual walk through the barrier-free model". Immediately after the sinking, a company already carried out a photographic and descriptive inventory, and the digital scan of the empty hull completes the documentation.

The process of collecting and documenting is standard in the field of monument preservation - but digital surveys of historic ships are less common.

According to the provisions of the German historical monuments act, it is possible to abandon an object if it is so badly damaged that it can only be preserved at disproportionate expense and authenticity may no longer be guaranteed, says Prof. Dr. Georg Skalecki, state curator at the Bremen State Office for the Preservation of Historical Monuments. "That is how it is here. But then it is standard practice in the preservation of historical monuments to document the last state of preservation. The documentation carried out is now supplemented by a digital survey, so that one can still have an idea of the lost cultural asset later on, at least in this way".

After Volker Platen and his team have processed the first data, further measurements will soon be carried out in the course of the deconstruction. 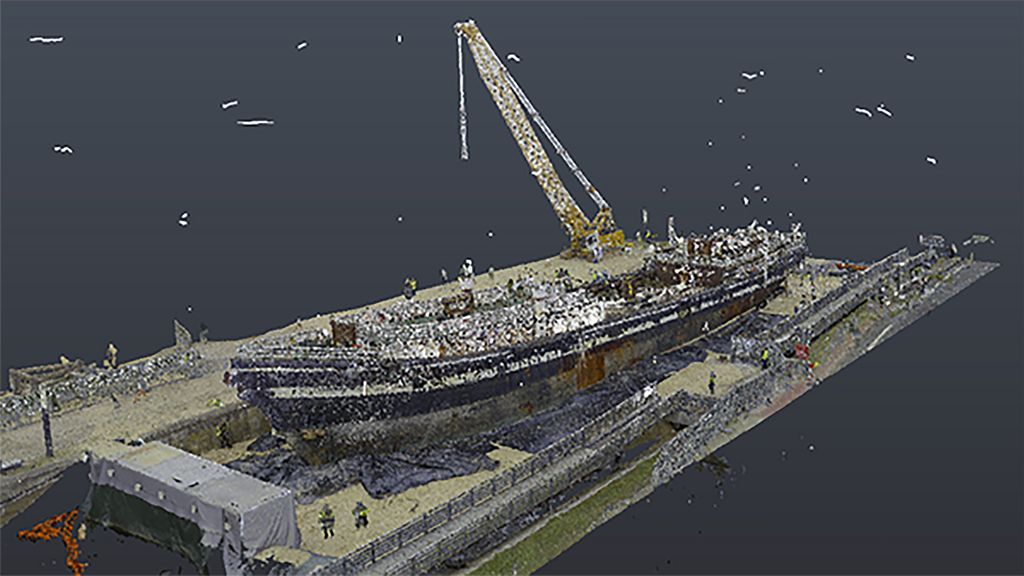 Scan of the cross-section of the SEUTE DEERN. 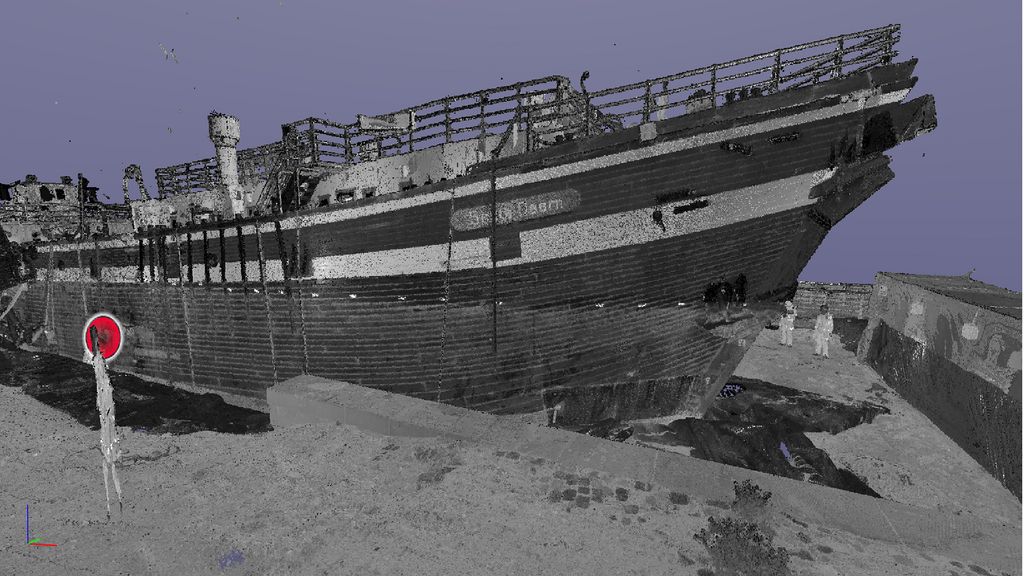 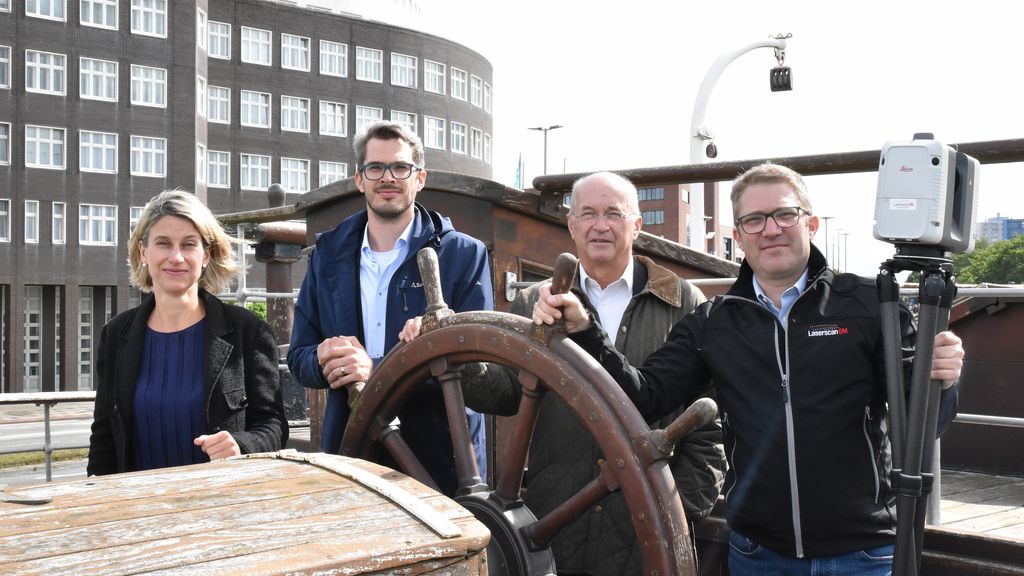