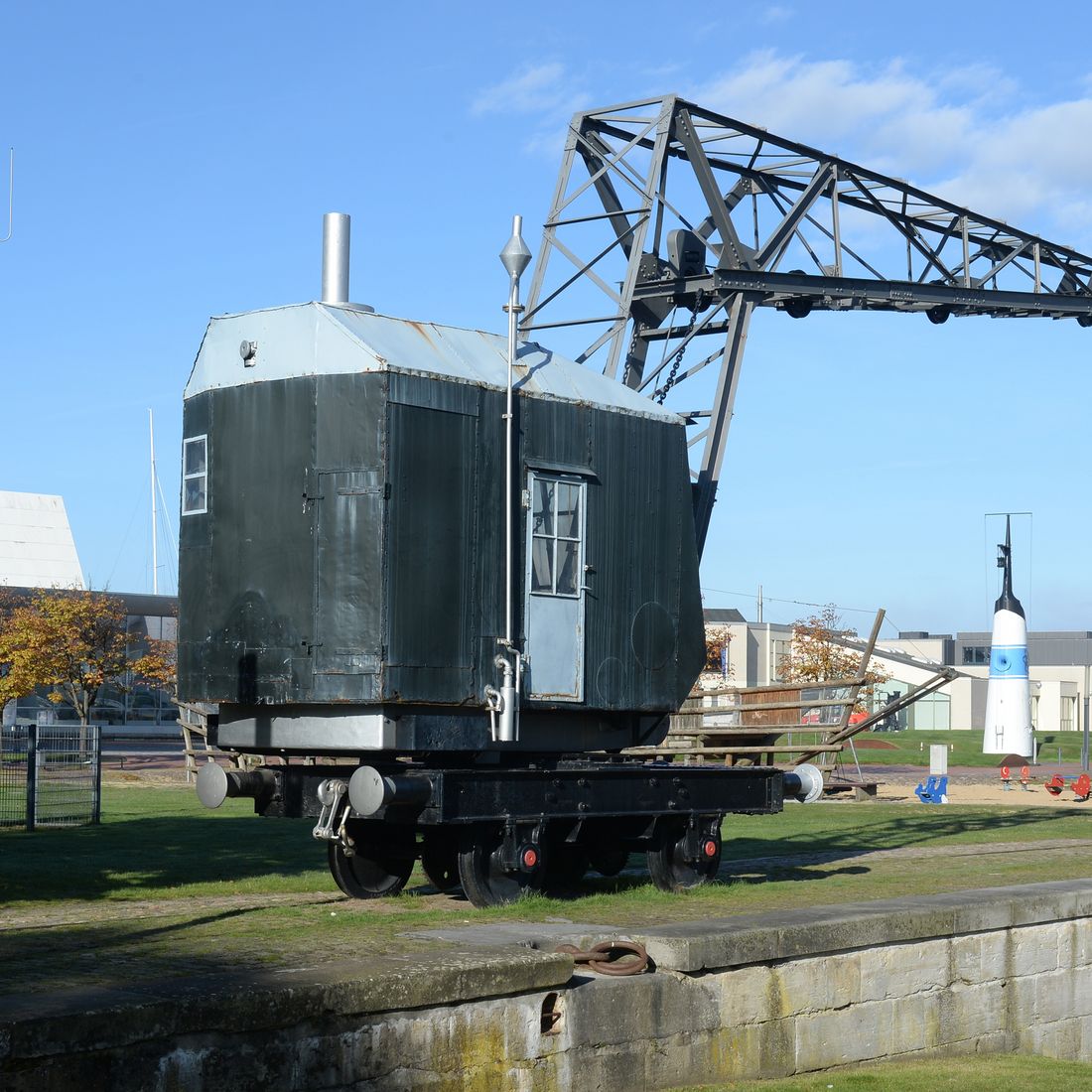 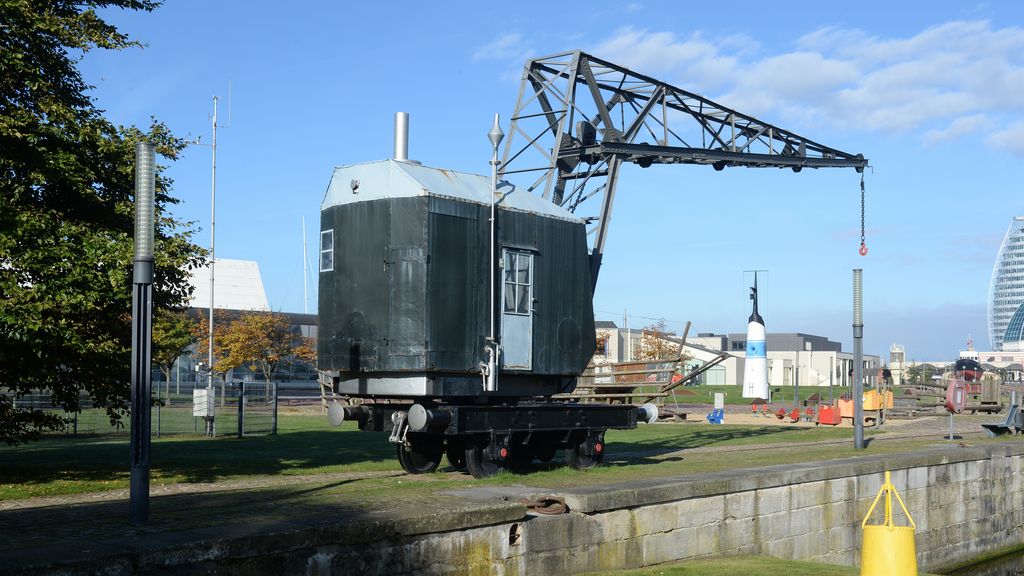 This shipyard crane, driven by a horizontal reversible twin steam engine, was used at the Kurt Bartels yacht yard in Elsfleth until 1972.

The four-wheel drive made it possible to pull two to three loaded freight cars on a level track. Thanks to a bevel-wheel reversing gear, the crane was able to perform slewing motions within a radius of 360 degrees.

The entire machinery is housed in the crane cab, well protected from the weather. The crane's hoisting gear consists of a rope drum, a spur gear with handbrake and a pinion. The lifting and lowering speed and the safe holding of the loads are regulated by a powerful foot brake.

Today, the crane stands on the track system of the former western quay in the south of the Old Port. 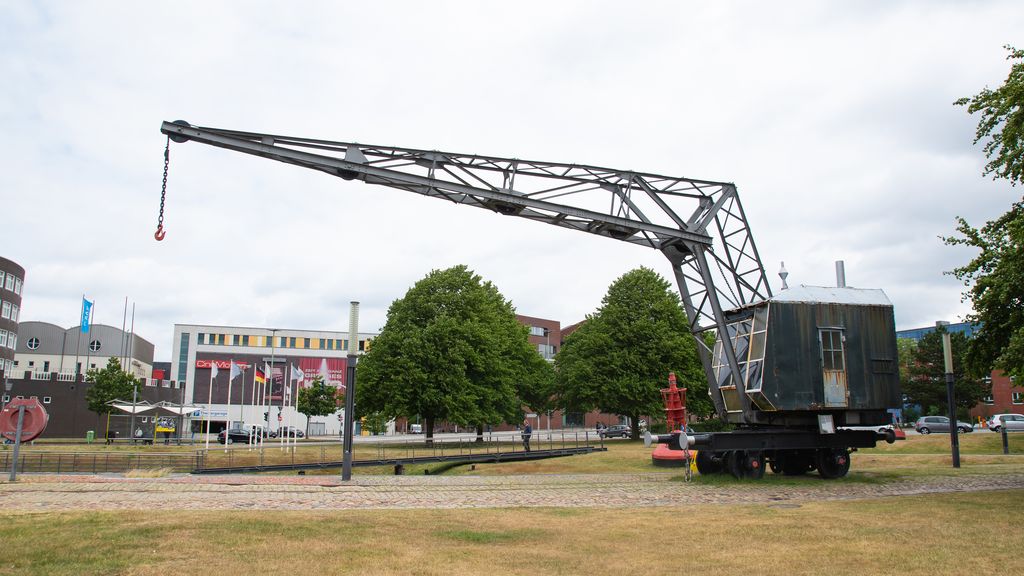