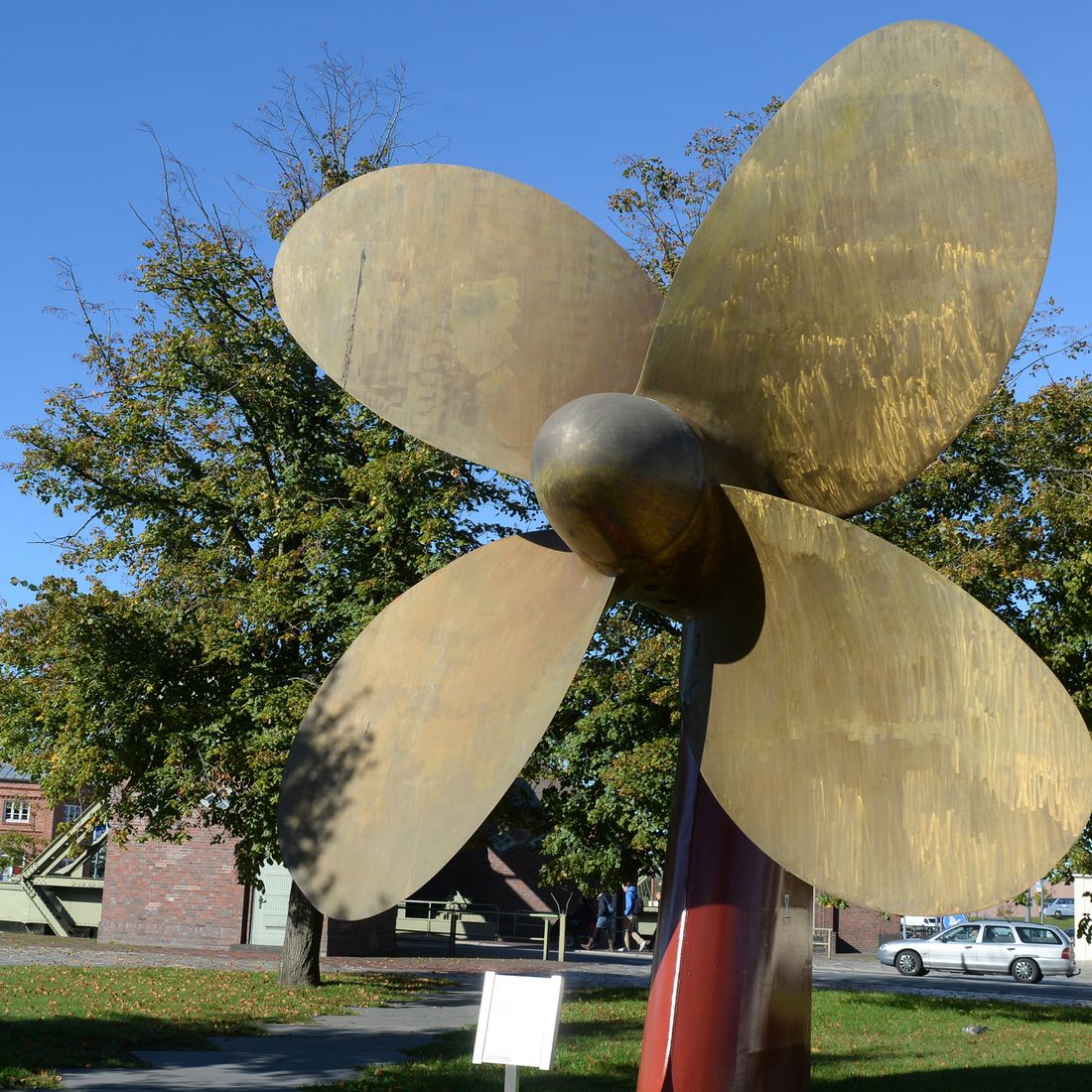 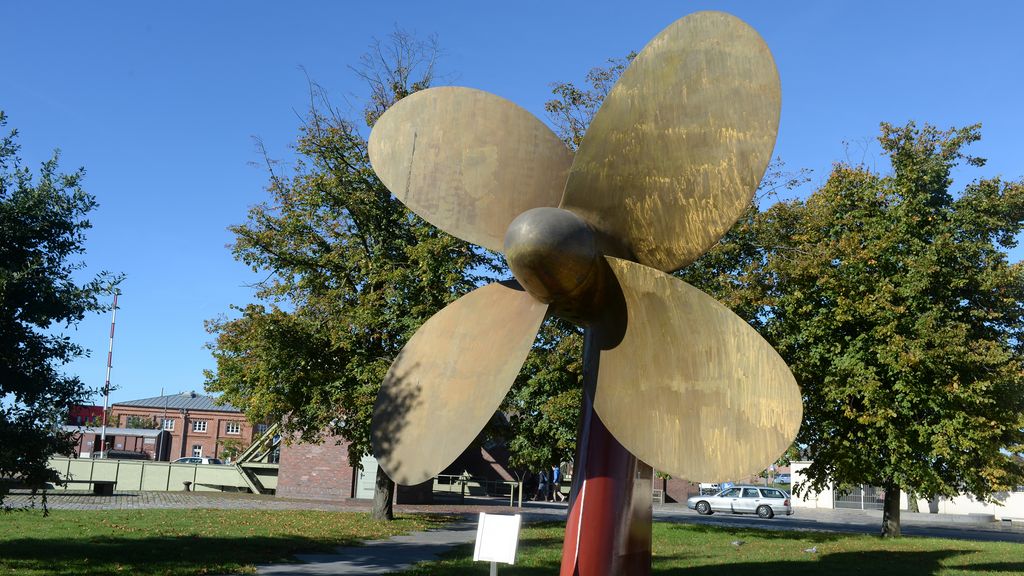 Propeller of the tanker Varicella

The four-bladed propeller belonged to the British Shell tanker VARICELLA, which was built in 1959 in Wallsend, England by the Swan Hunter & Wigham Richardson shipyard. The ship served for over twenty years before being scrapped in the 1980s.

The Deutsche Shell-Tanker-Gesellschaft mbH in Hamburg donated the propeller. In 1978, the Board of Trustees of the German Maritime Museum set it up in the open air and had it supplemented by a replica of the stern steven.