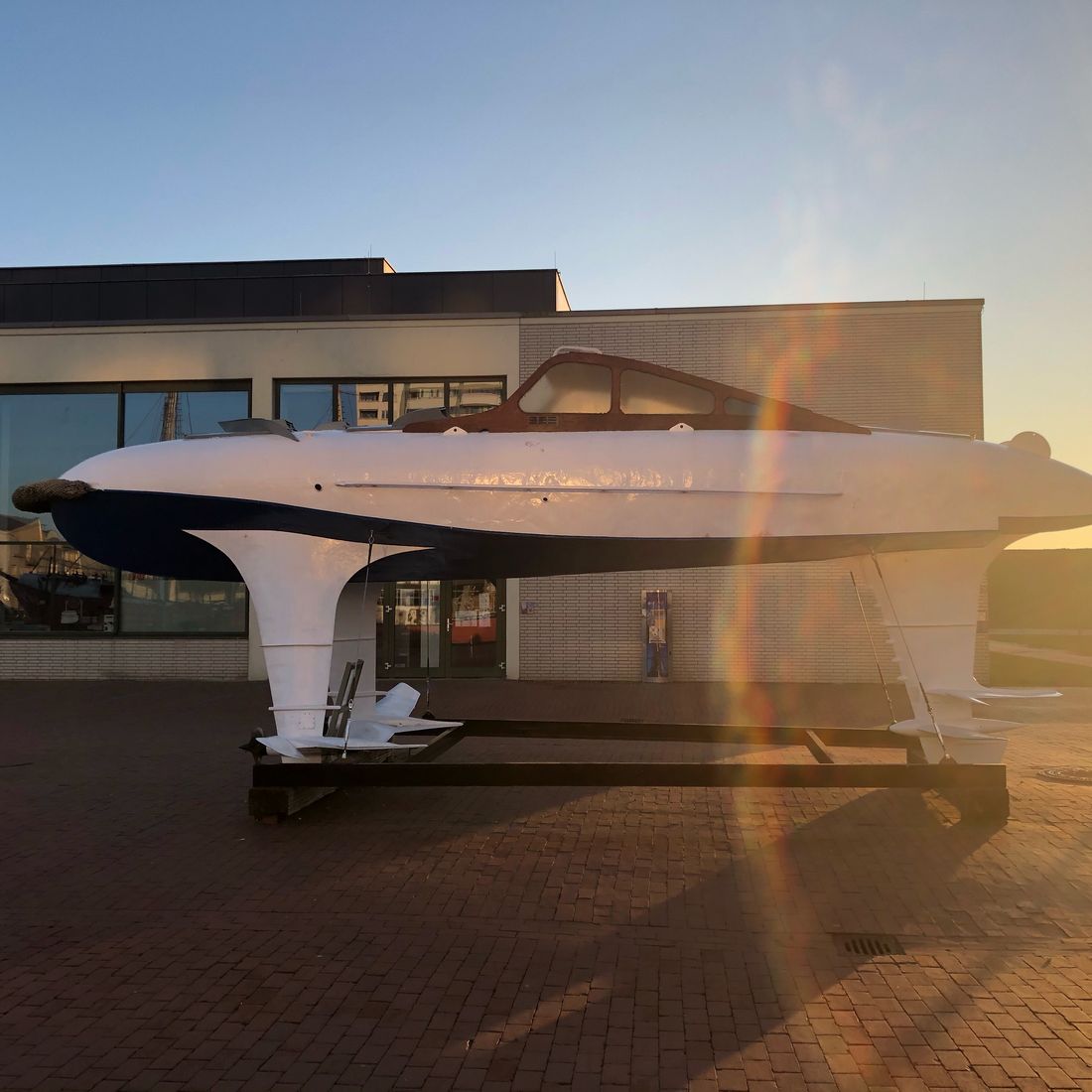 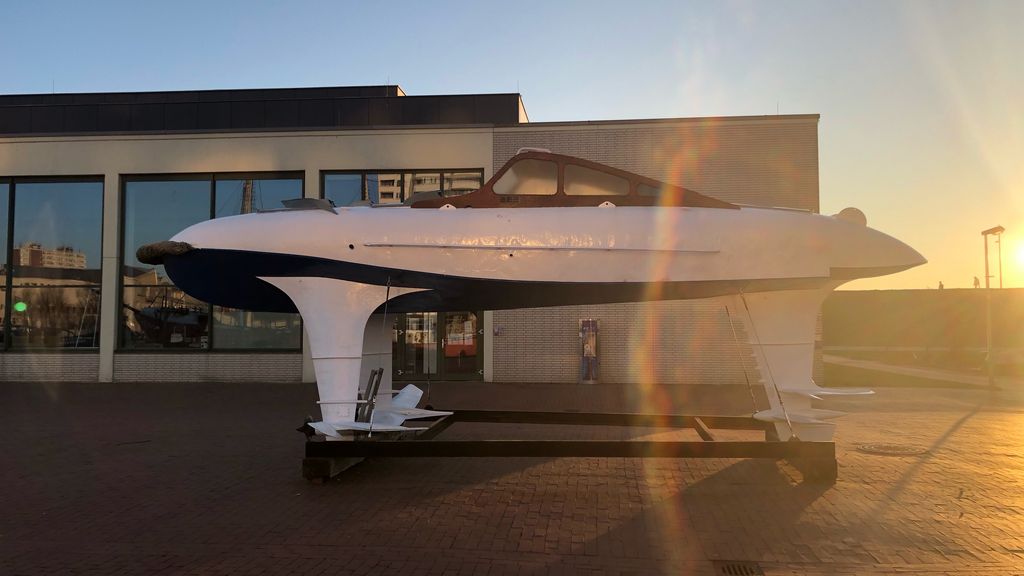 The WSS 10 - WSS stands for "Wendel-Schnellschiff" - was named after its designer, the Hamburg naval architect Friedrich Hermann Wendel. Since this hydrofoil boat rose above the water surface during the journey, it could glide over the waves regardless of the sea state. In the 1950s and 1960s, it was used as an experimental vehicle on the Elbe and Weser rivers.

Even though hydrofoil technology has not become established in Germany, the WSS 10, which is made of sheet steel, is one of the special features of local shipbuilding.  Compared to the aircraft, all wings are very small, as the lift generated in water is many times greater than in the air. At the same time the resistance during the journey is low, because the fuselage then emerges from the water. In 1972 Friedrich Hermann Wendel donated this rare ship to the German Maritime Museum. In 1976 it was placed in the open-air museum so that the adjustable wings with the propeller drive can be seen.