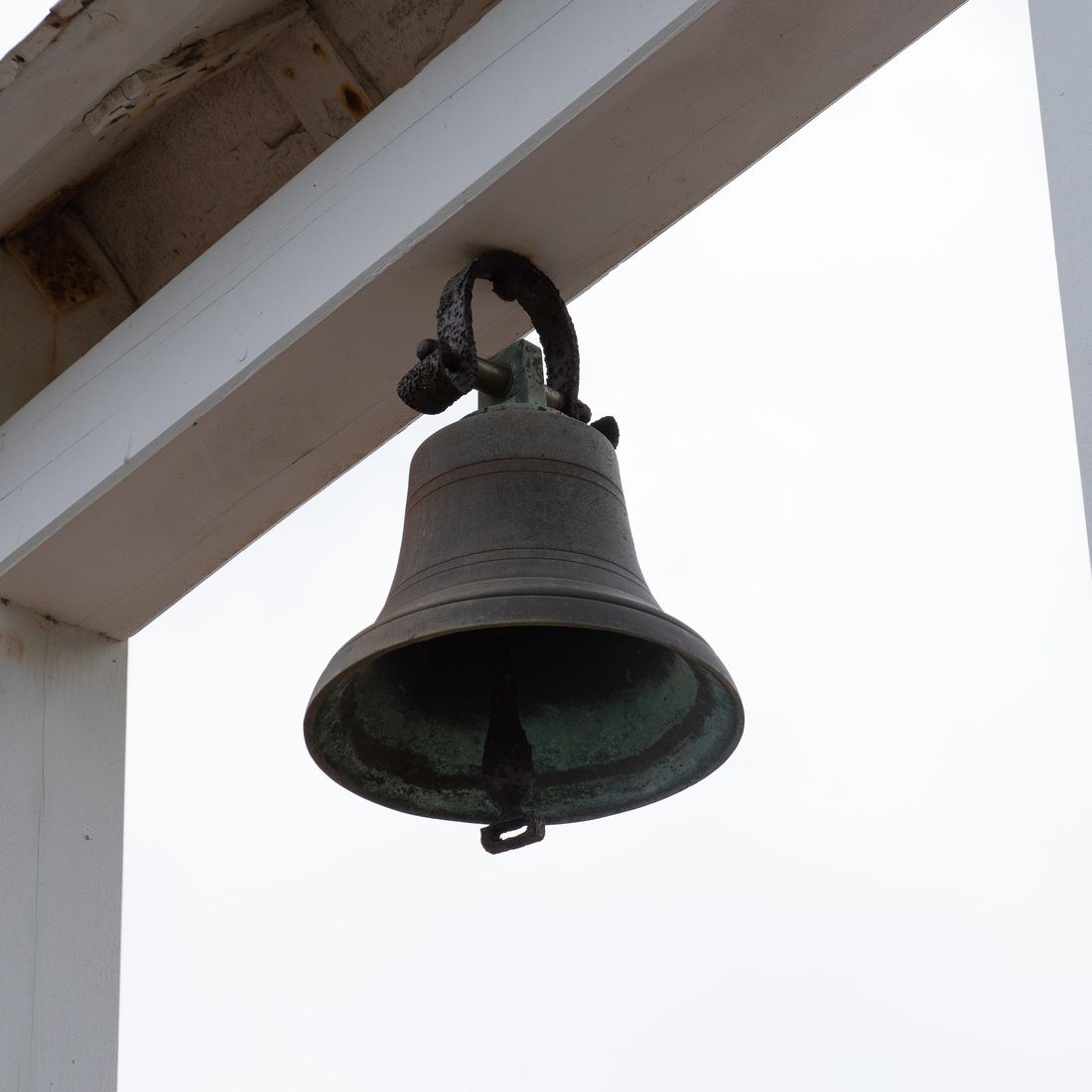 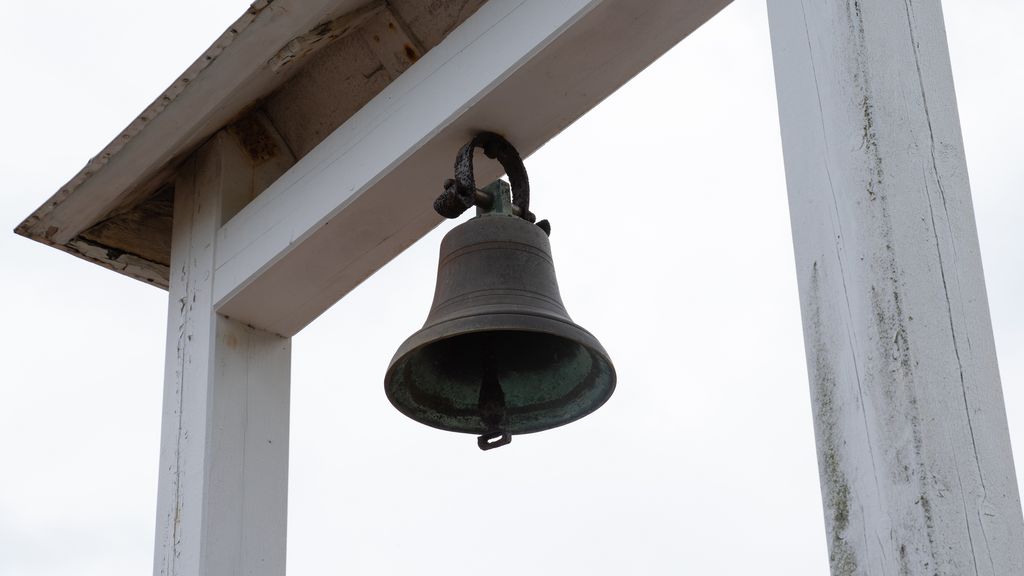 The bell was re-cast and the belfry rebuilt to remind of the original bell at the former chamber lock at the Old Port. The lock was built here in 1828/29, closed in 1926 and filled in 1933. The purpose of the bell was to warn ships of the surge when the lock gates were occasionally opened when the lock chamber was filled to capacity. By opening the gates at low tide, the draining water was also intended to flush sediment from the harbour basin into the outer harbour and the outer Weser. The idea was good, but in practice it did not work. 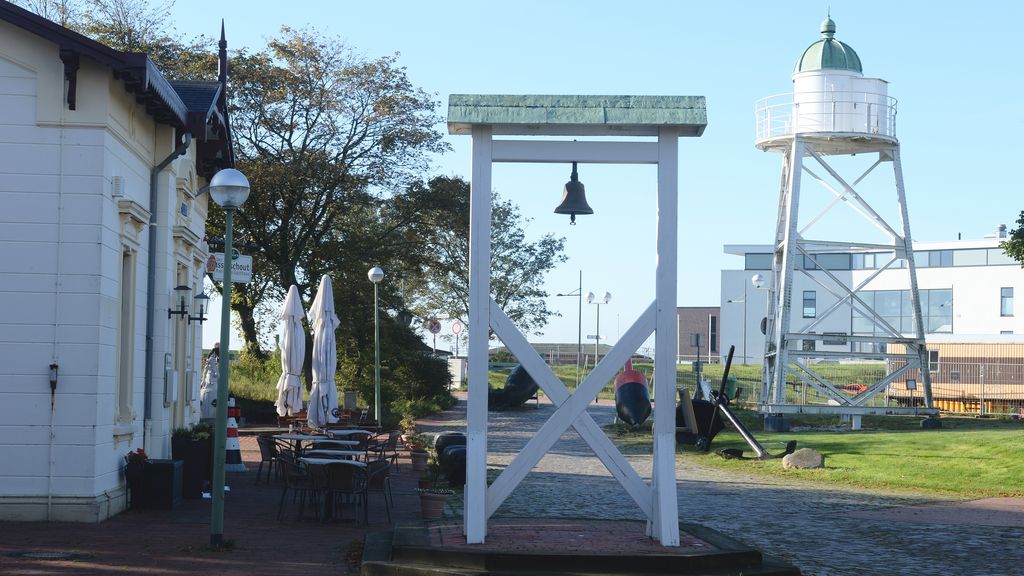