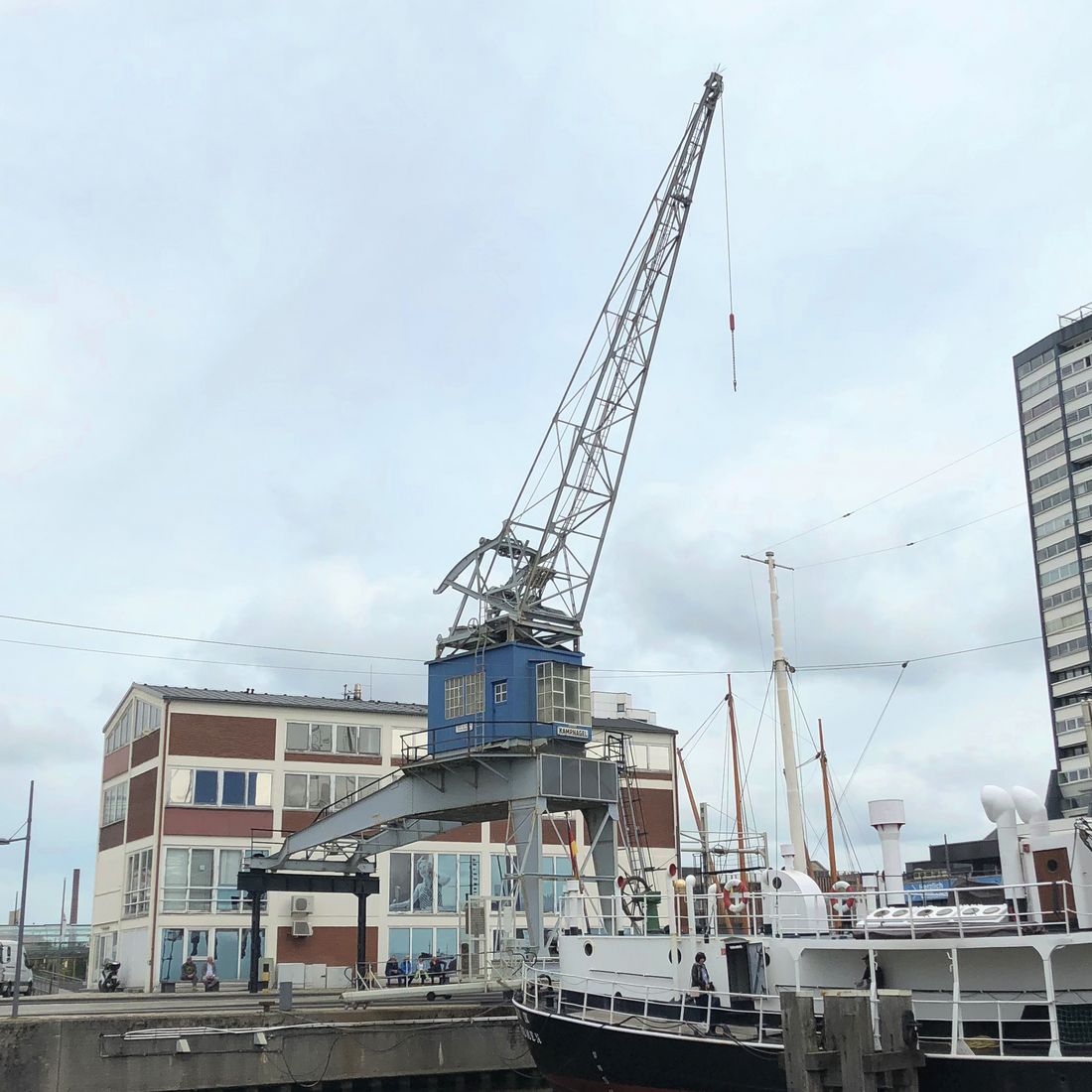 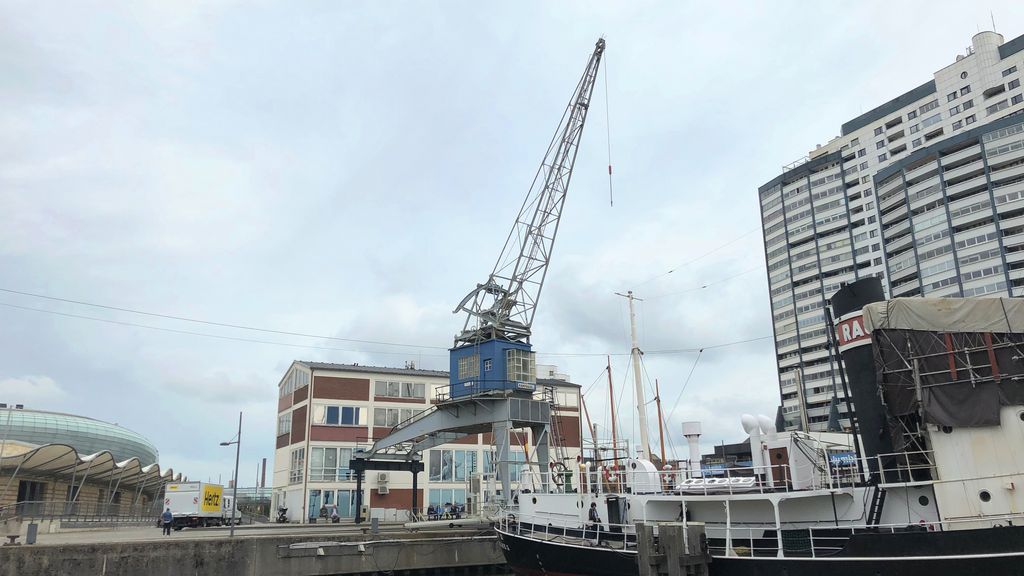 The Bremerhavener Eisenwerk AG, which built this crane in 1925 as a slewing crane, had its factory buildings at that time near the beach hall behind the Weser dyke. In 1951, the famous former Hamburg crane construction company Kampnagel converted the crane into a rotary luffing jib crane. It was used in the imperial ports of Bremerhaven in Bremen.

After the slewing gear had been replaced and a spindle retraction mechanism had been installed during the conversion, the crane's turning circle was better adapted to its tasks.  In addition, the crane operators could work much more safely after installing a larger window in the crane cab.

Since 1978, the crane, which was donated to the German Maritime Museum by the then Bremer Lagerhausgesellschaft (BLG), has been one of the landmarks of the museum harbour. 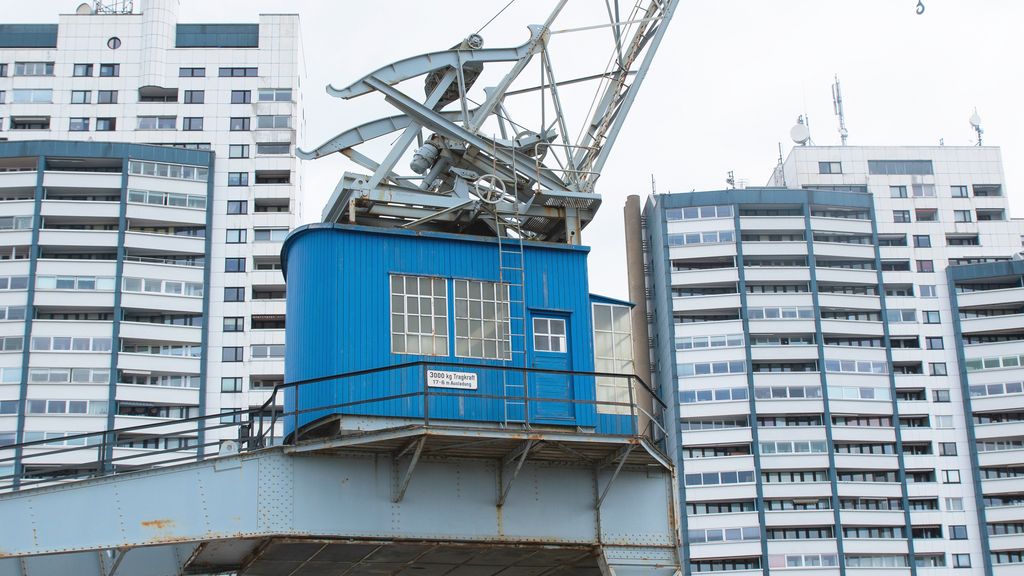