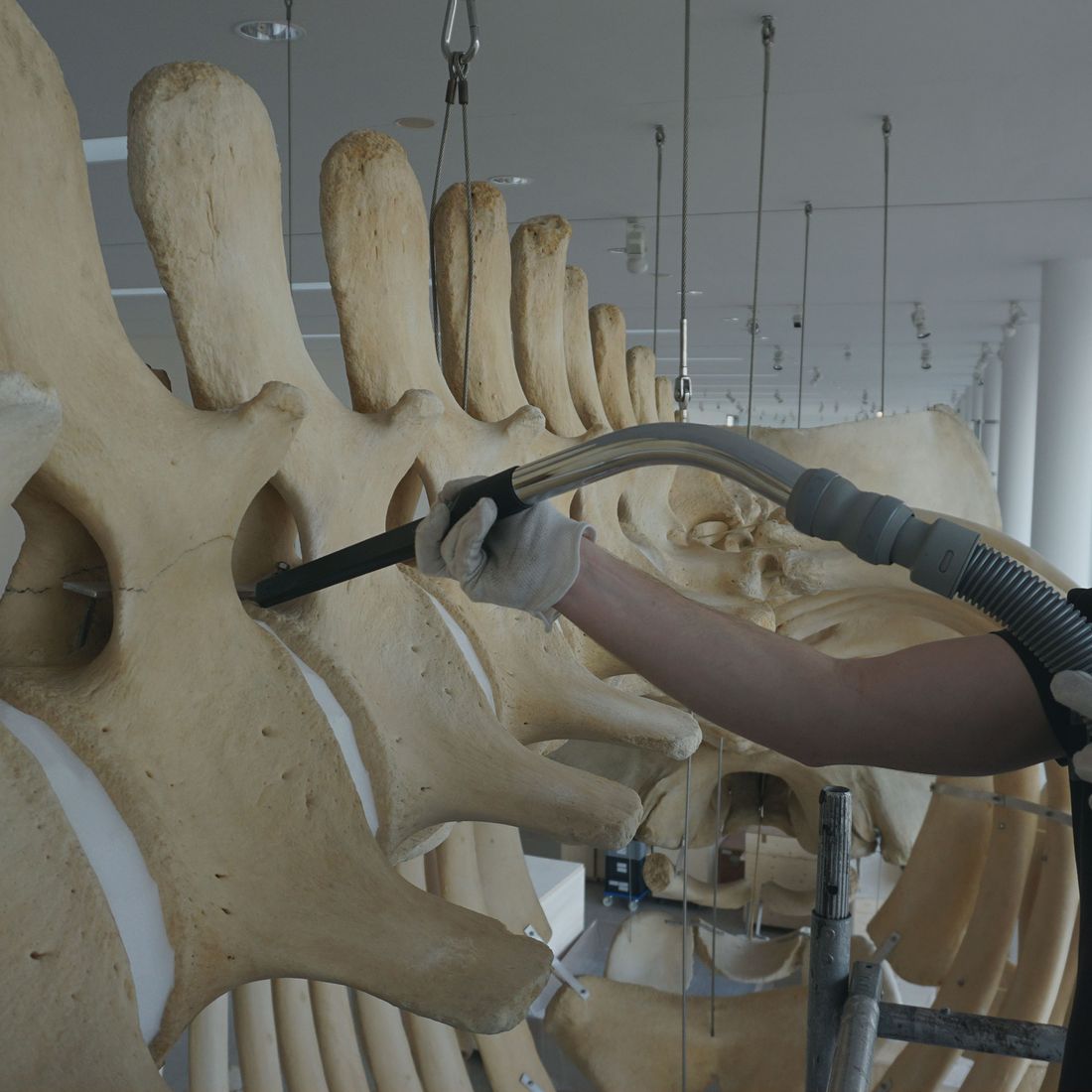 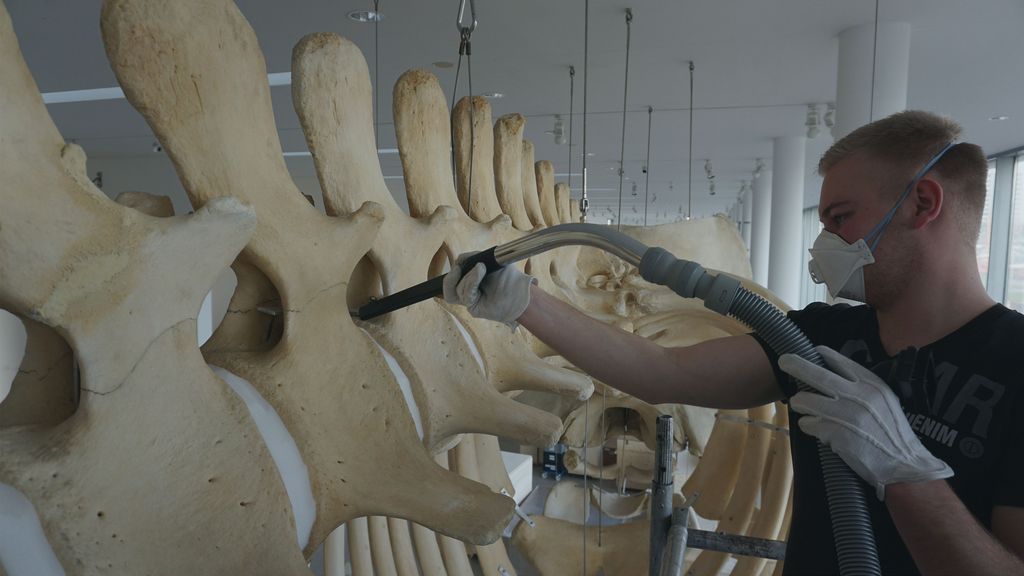 In our special exhibition we took a closer look at 13 large exhibits in need of restoration. It was shown how cultural heritage is preserved for future generations and how its history is studied. At the end of the special exhibition on Sunday, the 16th of December 2018, we showed historical photographs of German whaling and gave an outlook on the upcoming topics for 2019.

At the finissage of the special exhibition „Der Zahn der Gezeiten" (literally translated: The Tooth of the Tide) - Maritime Treasures under the Spotlight", the emphasis was on ''film'' as cultural heritage. It showed historical photographs of German whaling in the Antarctic from the late 1930s. After the presentation, Niels Hollmeier (DSM), Jens Ruppenthal (DSM) and Daniel Tilgner (Landesfilmarchiv Bremen) discussed the importance of film as a cultural asset and analysed the film scenes shown..

After the discussion, exhibits from the field of whaling and historical film were given a closer look and the special exhibition could be visited for the last time. Our research and restoration work does not end with this exhibition, however, but will continue in 2019. Starting in April, the live restoration of the first German tidal calculator from 1915/16 is planned. We are also looking forward to many new and exciting topics and events in the museum in the coming year. On 26 January, for example, the online exhibition "City, Country, Exhibit. On the tracks of early modern colonies" will be launched. A special highlight will be the upcoming special exhibition in late spring 2019, where we will present the current possibilities of virtual augmented reality applications. Be curious!
To the current topics

We wish all visitors a happy and relaxing holiday and a good start into the new year 2019!
- The Team of the German Maritime Museum 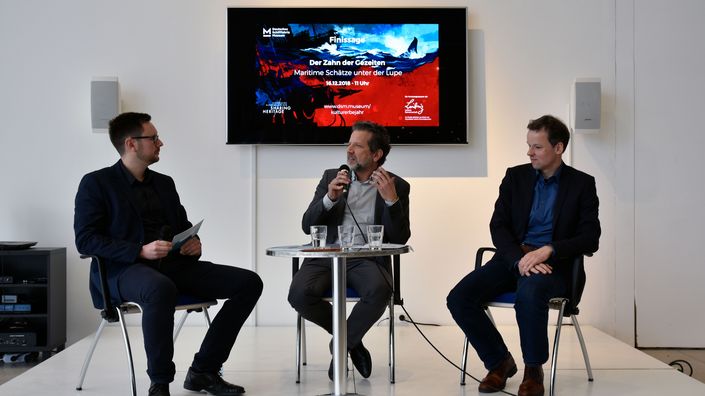 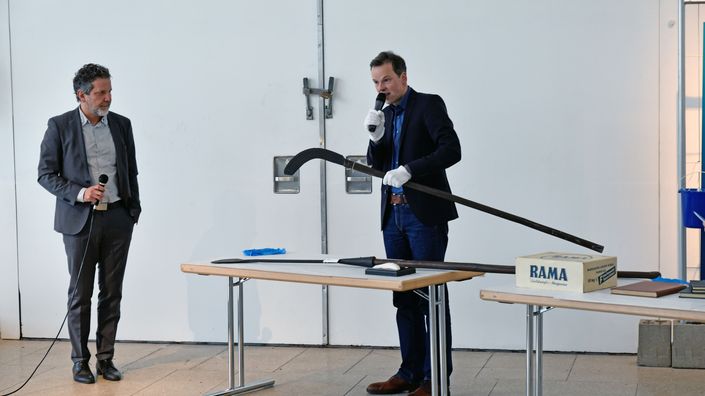 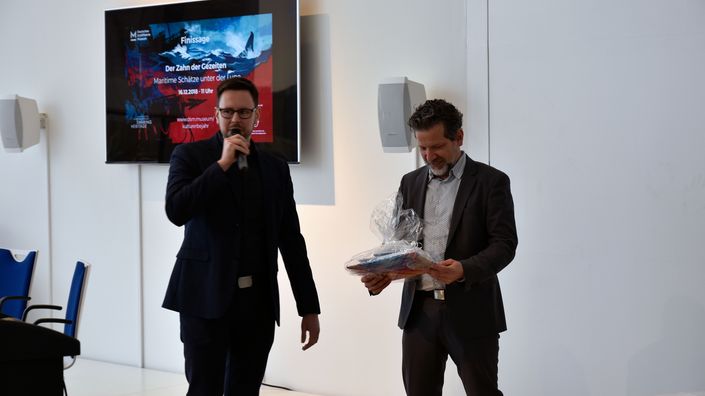 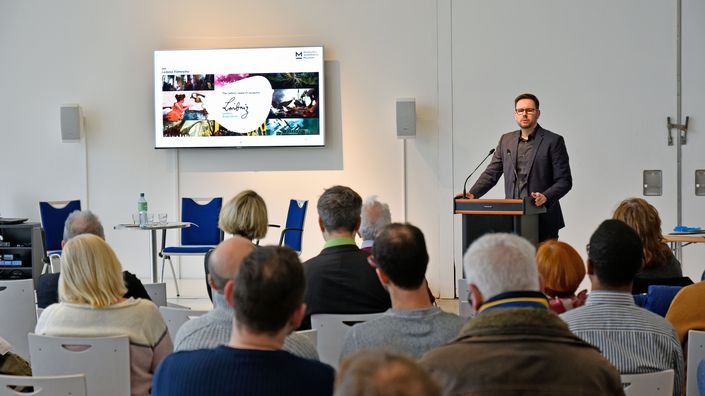 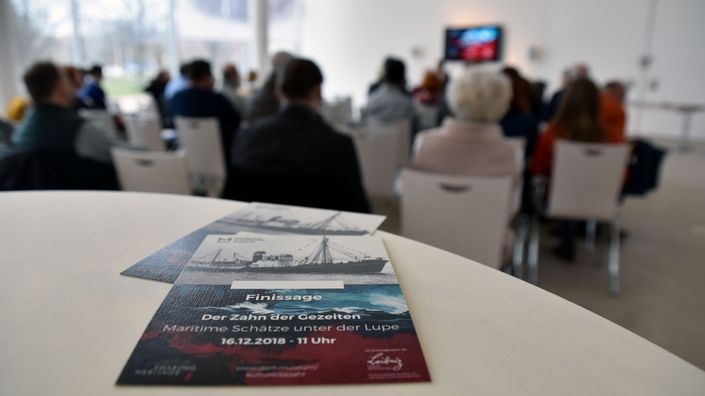 More about the cultural heritage year 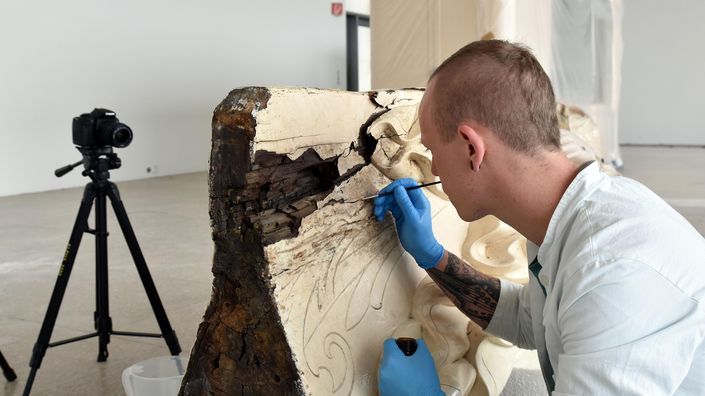 Actions for the cultural heritage year 2018 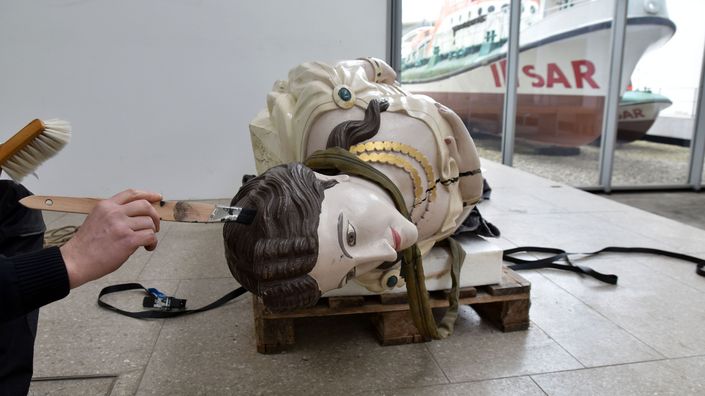