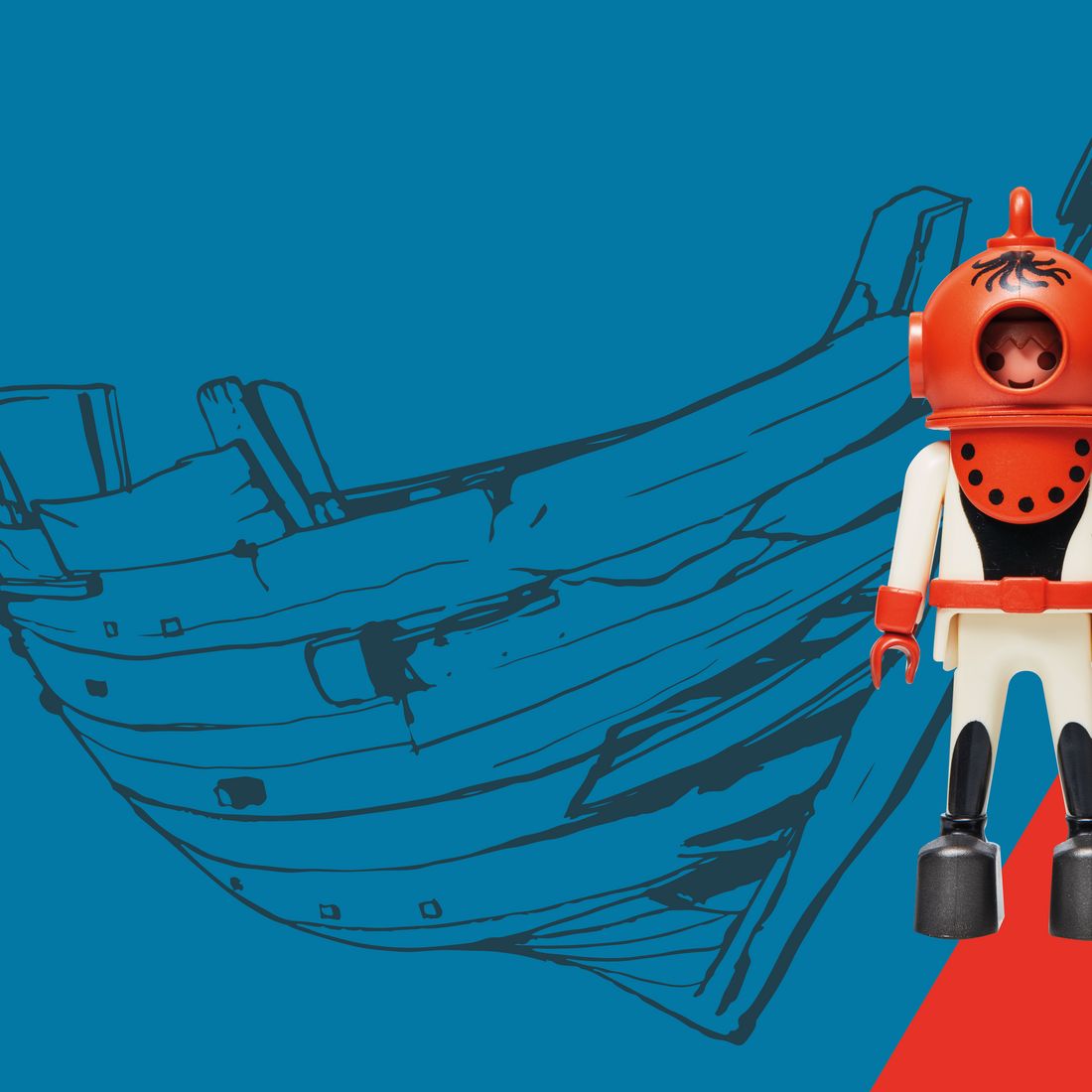 Cog meets PLAYMOBIL - the story of a ship told anew

The best-preserved ship of the Middle Ages meets one of the most famous toys in the world: A special exhibition from June 26th to October 25th 2020 is a fascinating addition to the existing permanent exhibition on the "Bremen Cog" of 1380 in the German Maritime Museum (DSM) / Leibniz Institute of Maritime History. Under the motto "Cog meets PLAYMOBIL - The story of a ship told anew", the Hamburg PLAYMOBIL collector Oliver Schaffer, in cooperation with the DSM, will reconstruct scenes from the history of the ship in detail with the help of the toy figures. The exhibition is combined with an imaginative digital offer.

"With the 'Bremen Cog' many stories can be told that are exciting for both children and adults," says Prof. Dr. Sunhild Kleingärtner, Managing Director of the DSM. "Its use as a cargo ship of the Middle Ages is just as interesting as its completely surprising discovery in the Weser in 1962. We are using the transformation of our museum to tell these stories in a new way. In doing so, we are also exploring new forms of education and exhibition concepts that combine analogue and digital offerings." The exhibition is sponsored by the Action Plan Leibniz Research Museums.

The PLAYMOBIL display landscapes bring a medieval harbour back to life, show 19th century art works or capture moments from the time of the wreck find and make the elaborate restoration work visible. Individual exhibits from the permanent exhibition are also taken up in the special exhibition and set the scene as miniatures in their respective everyday contexts, such as the loading of barrels or the discovery of a shoe. Through the re-enacted scenes from the Middle Ages, the 19th and 20th century until today, the history of the 'Bremen Cog' becomes comprehensible. At the same time, it becomes clear how the "Bremen Cog" serves the DSM as a research object and which questions can be answered on the basis of the historical wreck.
Helga Berendsen, research associate at the DSM and curator, sees the exhibition as an opportunity to tell the history of the cog from different perspectives: "Figures like the Hanseatic merchant invite visitors to put themselves in the cog's time of origin and thus enable new access to exciting details from research and history around the cog."

The digital offer for the Playmobil exhibition will be available from June 26th with a special web offering, which also makes the exhibition accessible online. With the help of a 360-degree viewer, the exhibition landscapes can be experienced from the perspective of a Playmobil figure and interactively selected from the viewpoint of six main characters. This allows an immediate immersion into the miniature landscapes. There is also a game in the digital exhibition.

The Bremen Cog from 1380 is the best preserved merchant ship of the Middle Ages. Its unique history of finds began in 1962 when it was discovered by chance during construction work on the Weser in Bremen. Today the medieval shipwreck is an integral part of the German Maritime Museum (DSM) / Leibniz Institute of Maritime History. No other object shaped the history of the museum as much as the cog, as it was the reason for the foundation of the museum in Bremerhaven.

The exhibition is open daily between 10 a.m. and 6 p.m. The entrance fee is 6 Euro, reduced rate 3 Euro. For the safety of museum guests and employees, the DSM offers numerous hygienic services during Corona times. These include hand disinfectant dispensers, protective glass and cashless payment at the cash desks, shorter cleaning intervals, distance markings and marked paths through the exhibition.

It is one of the most famous toys in the world - PLAYMOBIL. With a digital exhibition, the DSM makes the history of the cog virtually tangible from the perspective of the little figures. You can go directly to the online tour here.

He creates unique exhibitions from thousands of PLAYMOBIL figures. In 1981 he finds PLAYMOBIL packs under the Christmas tree for the first time in his home town Kiel.

An extensive accompanying programme complements the special exhibition. PLAYMOBIL gaming tables invite visitors to recreate the history of the cog themselves.

Celebrate a child's birthday in a different way, book a guided tour with binoculars, take part in tours with the collector Oliver Schaffer or look forward to the PLAYMOBIL swap meet.

What else is expecting you

Climate change is currently one of the most discussed problems of mankind. The special exhibition focuses on the influence of climate change on the planet sea

A virtual research trip on the POLARSTERN! The exhibition is bringing the landmark of polar research to life.

Exhibits of the maritime exhibition of the German Maritime Museum in Bremerhaven. Information and background knowledge about the museum's collection.