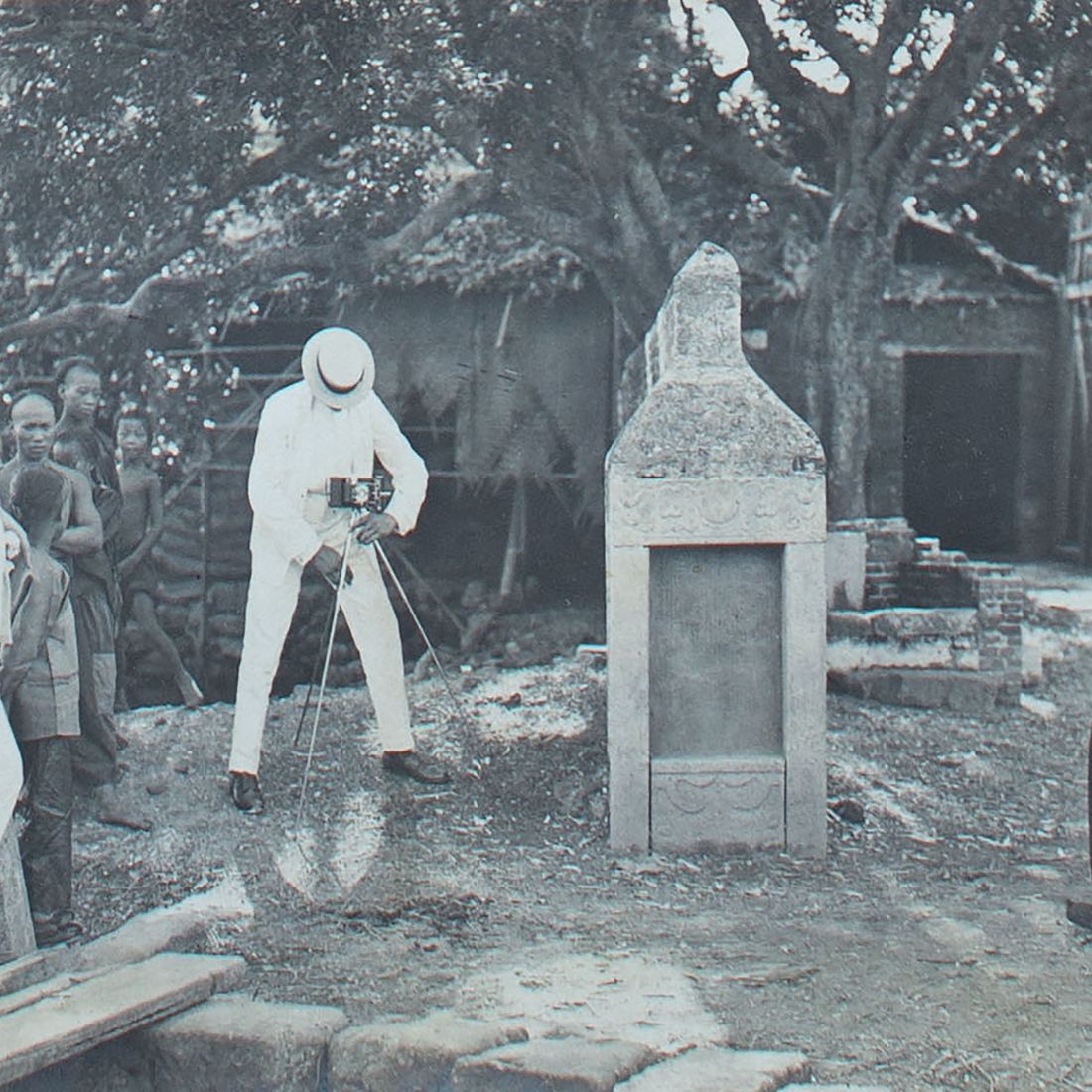 Photographically captured memories of Emperor Wilhelm II's trips to Norway, but also of the first Orient and Nordland cruises on the ship AUGUSTA VICTORIA, are exemplary of the steadily growing photographic image market at the end of the 19th century. PD Dr. Gisela Parak at the German Maritime Museum / Leibniz Institute of Maritime History (DSM) analyzes photographs like these as part of the research project "Seeing the Other? The associated exhibition project is funded by the Leibniz Research Museums Action Plan.

Travel photography experienced a second bloom on the ships. In the course of "Kodakiﬁcation", a simplified photographic technique enabled photographic amateurs with the most diverse social backgrounds and interests to record their impressions of journeys at sea as well. The representatives of the emerging discipline of ethnology reached their research areas by ship; in some cases the seafarers themselves became observing "ethnologists" and made folkloristic observations about "country and people".

The exploding image market at the turn of the century began to change the conditions in the countries and cultures visited and interacted with the 'foreigners'. Indigenous tribes from the Arctic regions, but also from the South Seas, interacted with the ship's travellers and presented traditions and ways of life in order to create memorable "memory images" for the cosmopolitan globetrotters. These pictorial stagings reflected contemporary stereotypes that had already been formed previously on the basis of popular novels or fictional travelogues, but also the "Völkerschauen".  Photographic images continued these stereotypes and translated them into easily received, supposedly "authentic" evidence that seemed to confirm social ideas.

The research and exhibition project "Seeing the Other?" discusses the medium of photography and photographic "memory images" between the poles of ethnological observation and contemporary pictorial clichés and traces aspects of the visual conquest of foreign cultures in the imperial and colonial period. From an inevitably Eurocentric perspective, the project shows the emergence of pictorial ideas about "the foreign", for which the ship functioned as the central medium for the dissemination of "knowledge" or collective ideas.

The photographic travel and memorial albums of shipping provenances illustrate the use of the navy as a military agent to assert colonial claims to power. The photographs are to be understood as an expression of the contradictory and ambivalent manifestations of German colonial history. They illustrate the deployment of the expeditionary corps, but also the function of the ships as media of transcultural contact.
The photographic views of the "discovered" foreign cultures were never impartial, but were deeply influenced by a colonialist understanding of the world.

The memory albums record how the wanderlust of Wilhelminian society led them to foreign countries, whose different cultures held a strong fascination. The pictorial traditions are exemplary of this view into the distance, but above all they throw a glance back at the social patterns of perception of the colonizers.

Picture from the memorial album of the corvette captain Hermann Brunswig.

We invite you to discover the history of shipping since the emergence of regular shipping lines, the first flourishing of passenger shipping and the beginning of mass tourism.

Ships as a medium of knowledge transfer and knowledge generation

We explore the importance of ships for data collection and knowledge generation. Because without ships, there is much we would not know about our Earth.

Our collection of objects and archival materials is the basis of our exhibition and research work. You can see some of the collection pieces in the exhibition or online.