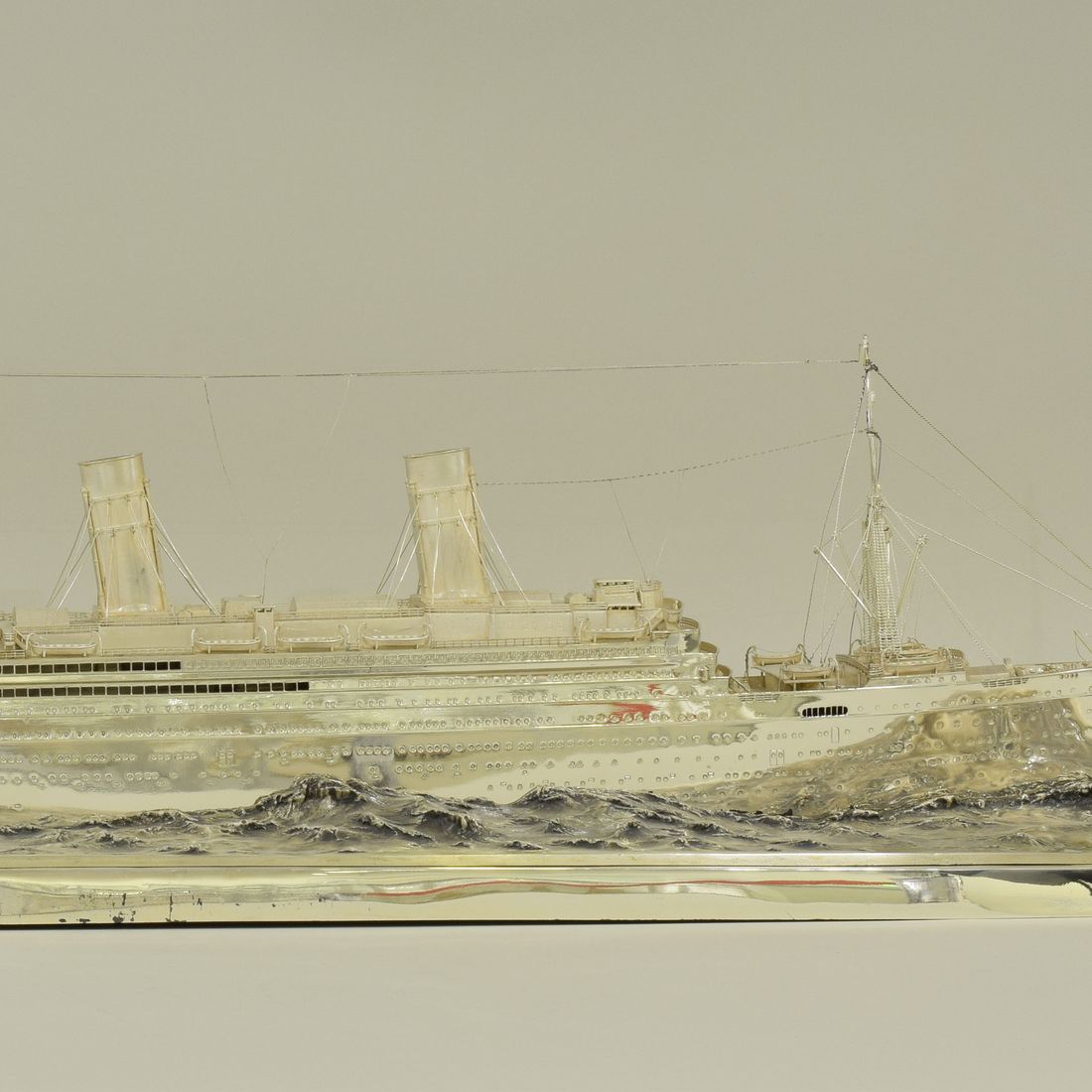 Model of the passenger steamer IMPERATOR

We invite you to visit the impressive silver model of the passenger steamer IMPERATOR in our future exhibition.

Launched at the Vulcan shipyard in Hamburg in 1912, the passenger steamship IMPERATOR was considered the largest ship in the world at that time. About 1200 crew members served there. Of these, 350 stokers alone were responsible for operating the huge steam engine plant.

While almost 600 passengers in First Class could enjoy the transatlantic crossing to America in pompously furnished salons, almost 2000 passengers in the tween deck enjoyed a less luxurious existence. The ship, which was operated by the Hamburg-Amerikanische Packetfahrt-Actien-Gesellschaft (HAPAG) under Albert Ballin, was named after Kaiser Wilhelm II.

He also gave the ship its name. The silver model of the IMPERATOR was probably made on the occasion of the naming of the ship and was manufactured by the Wilkens Silver Manufactory in Bremen.

The silver model of the IMPERATOR is an example of the role ships played in the Empire as symbols of national and military strength. Kaiser Wilhelm II claimed that Germany must become a world power at sea. The imperial claim at sea was expressed in a global merchant and passenger shipping industry and in the acquisition of colonies.

For this reason, not only was the military fleet expanded, but also civil, industrial shipbuilding was considerably promoted. The ships were supposed to fulfil this imperial claim and were therefore advertised in public as symbols of these political ideas. Not infrequently, ships like the IMPERATOR found their way into middle-class households as decorative and prestigious decorative objects. A second silver model of the IMPERATOR can be found in the German Historical Museum in Berlin.