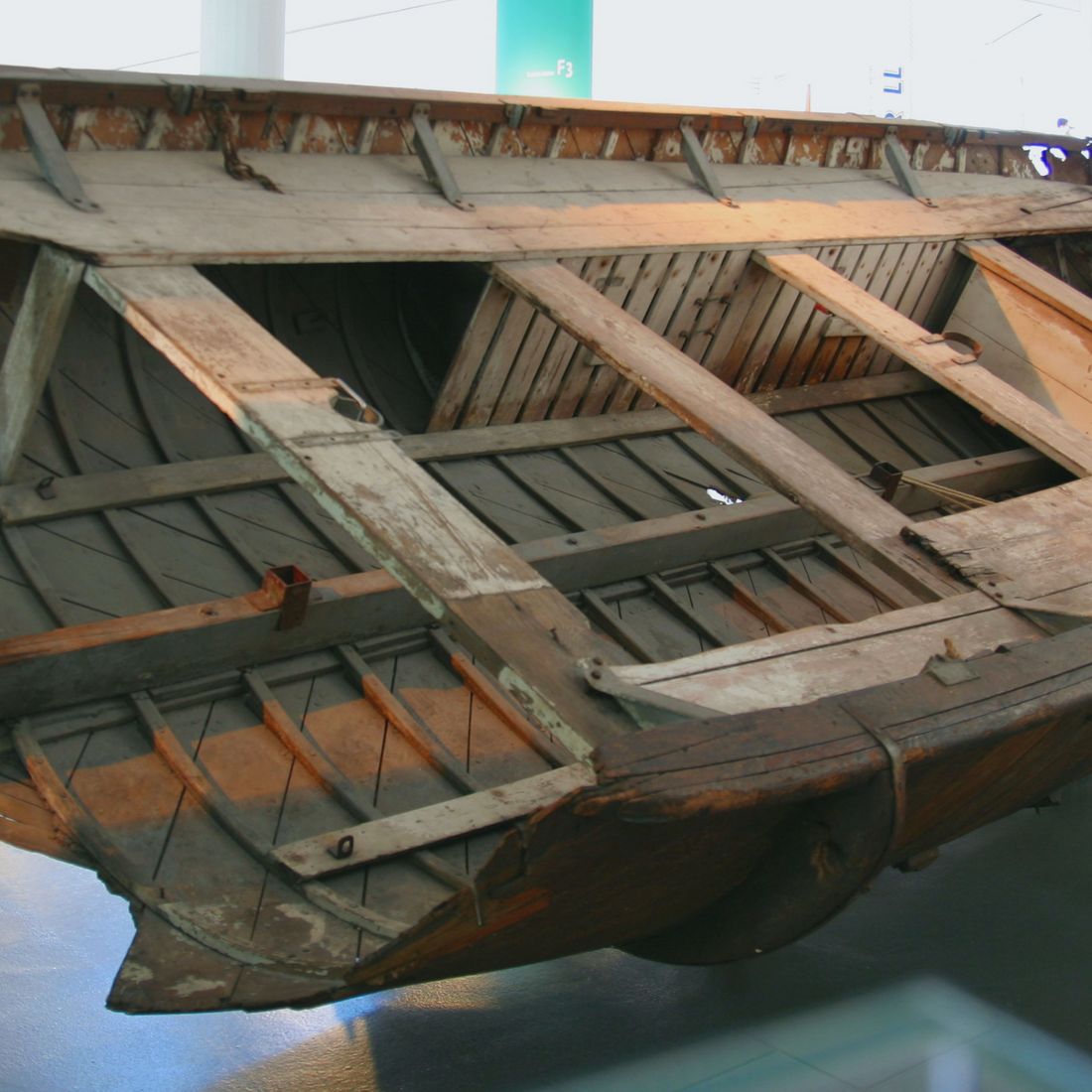 Lifeboat illustrates sinking of the PAMIR

We invite you to visit the lifeboat of the cargo sailing ship PAMIR, symbol of one of the most tragic shipwrecks of the last decades, in our exhibition.

The sinking of the four-masted barque PAMIR is one of the most tragic shipwrecks in recent history. The ship was built in 1905 and was one of the legendary Flying P-Liners of the Hamburg shipping company Laeisz. The PAMIR was the last freighter sailing around Cape Horn without an engine. In the 1950s, the barque served as a training ship for the merchant navy. In September 1957, the ship ran into a hurricane in the Atlantic Ocean.

It was on its way back from Buenos Aires to Hamburg with a cargo of grain. The ship capsized and sank. 60 ships from 13 countries took part in the large-scale rescue operation for the crew. But of the 86 mostly very young men on board, only six could be rescued. The sinking of the PAMIR was soon regarded as the end of the great era of cargo sailing ships.

Explore the exhibition on ship safety and shipwrecks

The PAMIR lifeboat, which is now in our German Maritime Museum, is one of those badly damaged lifeboats that were found floating unmanned in the water during the rescue operation in September 1957.

In the future exhibition it will be on display again in the section "Ship Safety and Shipwrecks". There it will play a central role in the presentation of the sinking of the PAMIR. In addition to two other shipwrecks, the stranding of the PREUSSEN in 1910 and the sinking of the MUNICH in 1978, this section of the exhibition will focus on the potential dangers of the sea and aspects of ship safety, sea rescue and risk management at sea.

Shipping accidents have always been part of the shipping industry. They have a fundamental influence on the perception of the sea and lead to concrete initiatives for the protection of people and ships at sea